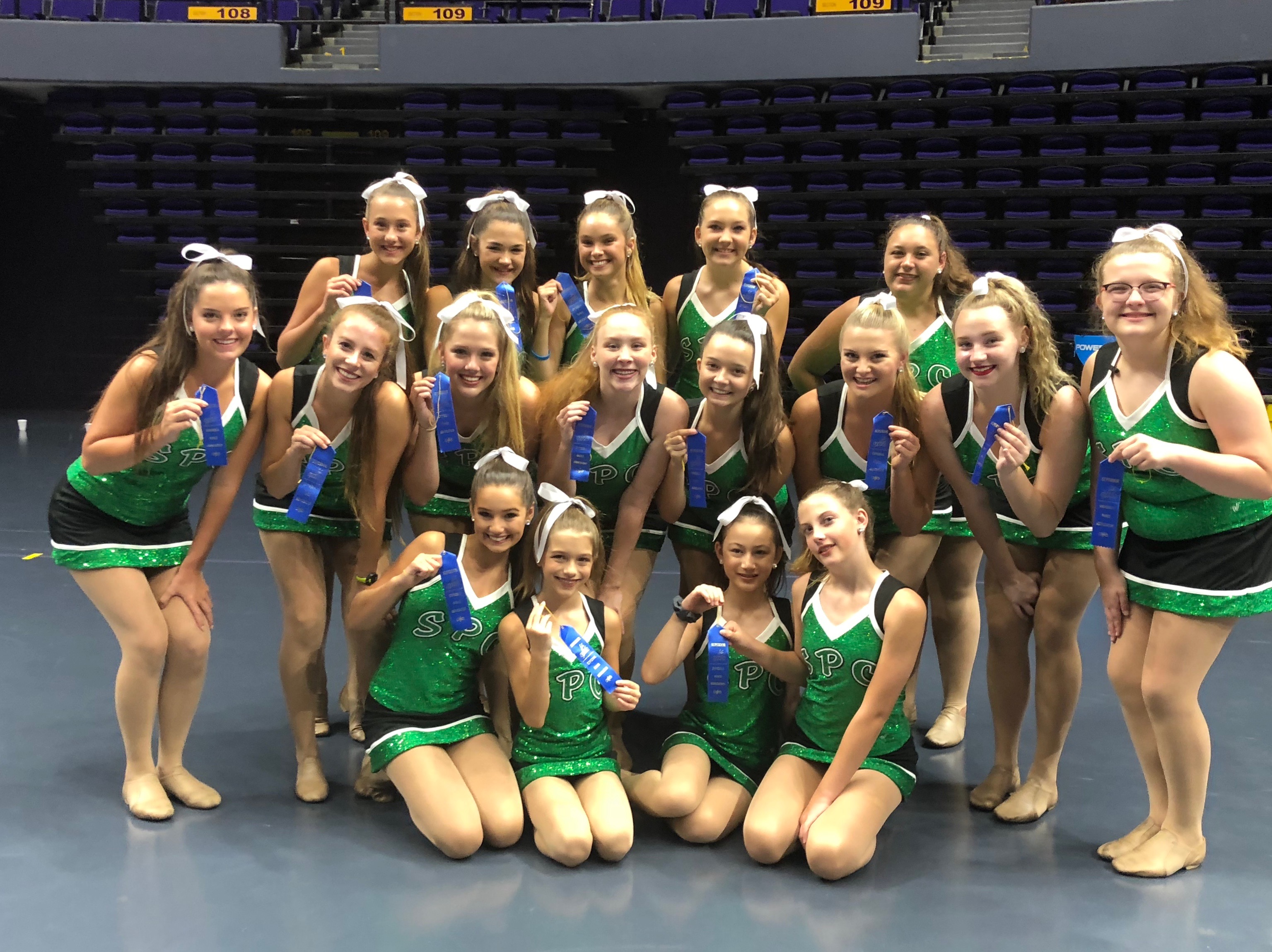 Our Irish Emeralds attended UDA camp at LSU, an amazing opportunity for the team. The Emeralds dance team learned three dances that they performed and were evaluated on the last day of camp. The team also attended dance technique classes and participated in team building and leadership exercises. The Irish Emeralds Competition Team competed in Home Routine and won first place, qualifying for the 2019 National Dance Championship! The Emeralds received blue Superior Ribbons on all of their dances and won the 2018 Superior trophy. We also won Spirit Stick every day and received the Super Spirit Award on the last day. Phoebe Riggs and Lexie Peters received the Pin It Forward award for their leadership and for helping others. We also won several Gold Ribbons for Drill Downs. – Coach Jessica Peters

Ana Patino and Marie Seicshnaydre are captains of the Irish Emeralds.

My favorite part about this year’s UDA camp was seeing this very young and new group of girls become a team. We worked through lots of stress and exhaustion to come out with awards and a much closer bond as sisters. What I loved most about our home routine was how unique it was and the story we told with it. It definitely stood out among all the other dances, and that – along with how much work we put into it being clean and technical brought us that first place trophy! – Ana Patino

What I enjoyed most about the routine was how we had to work together as a whole team to make things the best they could be. This helped us only become stronger in technique and in communication as a team. I love the bond that we have created between each and every one of the girls. It is an amazing sisterhood we have here, and I truly enjoyed being able to deepen that through camp together. – Marie Seicshnaydre