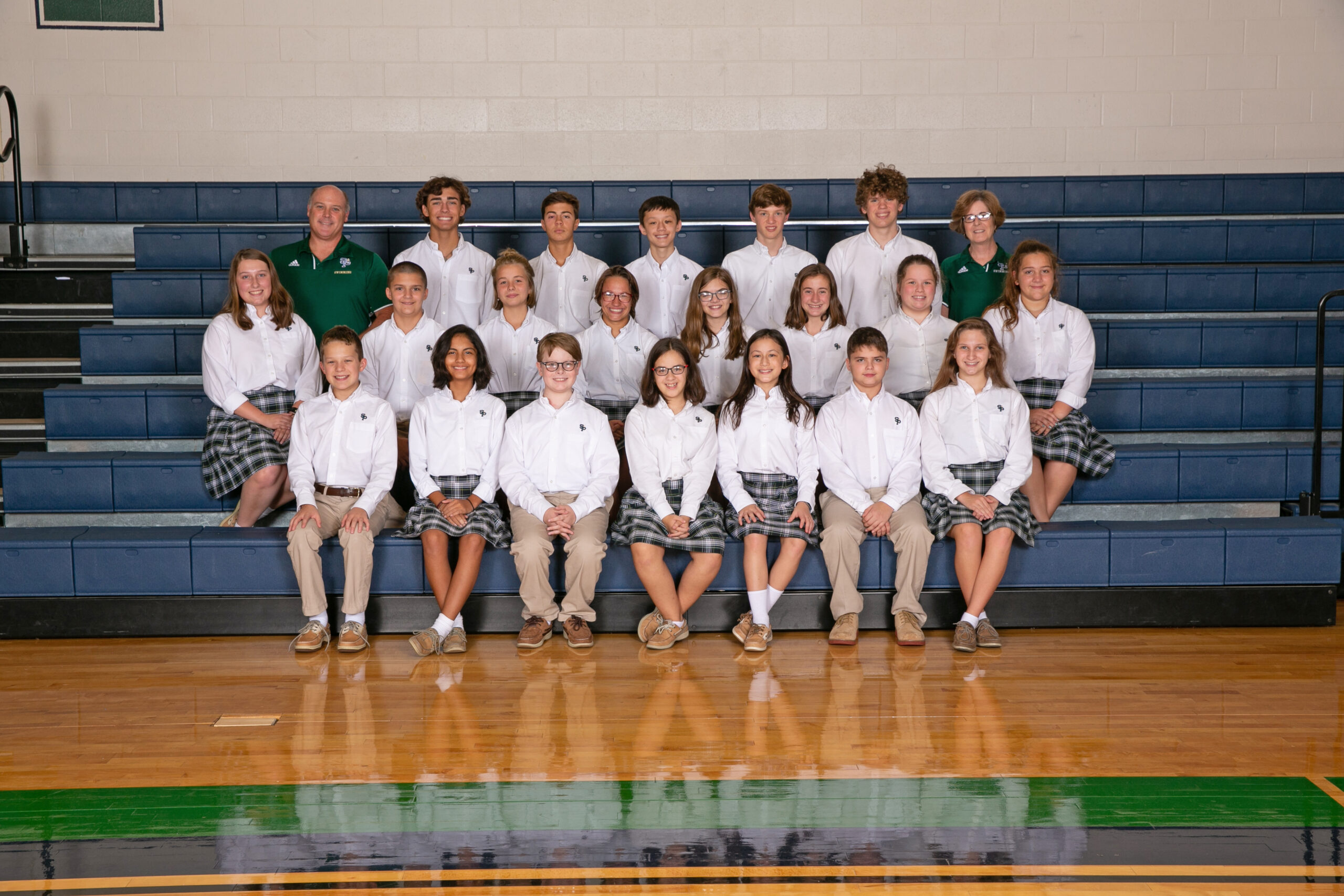 St. Patrick Swim season actually starts at the end of April when all the area high school coaches get together to schedule our regular season meets for the fall. Our practices started on July 30 at the Biloxi Natatorium. We had 11 returning swimmers from last year and 16 new swimmers. Of the 16, only two had any significant experience with swim training and competition.  We got right down to business, doing a lot of stroke drills and teaching, gradually increasing yardage from week to week.

We had our first Wednesday meet in mid-August, then competed in the Coastal Invitational meet on a Saturday at the Natatorium. Both our new and veteran swimmers performed well at the Invitational. The following Wednesday we swam against Ocean Springs and Pascagoula High Schools at the Ocean Springs YMCA. It was a difficult meet, and even then, several swimmers had personal records (PRs) in their events.

Our head to head against SSC and OLA had to be canceled on September 5 due to Tropical Storm Gordon. Next up was a meet during Homecoming Week that we hosted at the Biloxi Natatorium. I scheduled this meet against my better judgement, mostly out of concern that we were short on opportunities for the kids to make their qualifying times for South State. We will probably not compete during Homecoming week again!

With three qualifying meets left, we got serious about racing. Our practice yardage peaked, then focus shifted to practices of shorter yardage at greater intensity.  The swimmers weren’t always on board because it was really hard, but they stuck with it with minimal protest and really saw results. At the Jeannie & Keith Demoruelle Memorial Meet on September 29, both boys and girls teams performed very well. Our boys finished in third place against all of the larger, Class II schools on the Coast, and some schools from Louisiana and Alabama. Our girls finished in a three-way tie for 13th place out of 17 teams. This was a great showing when you consider we only had one girl competing that day who had been on the team the previous year. The rest were new swimmers this season.

After September 29, we lost a few swimmers who had not yet been able to make qualifying cuts for South State. Several swimmers stayed on and practiced with us through October 13, when we had our “last chance” meet against Vancleave High School at the Natatorium. All swimmers swam well and dropped time. At this point in the season, we had three girls with individual cuts for south and 10 boys. We were able to pull four more girls on board as relay-only swimmers for South. That pared our team to 17 for the South State meet.

We had some disappointments at the South State meet, especially when our girls medley relay was unable to make the qualifying time to State meet. The girls were good sports and stuck around to cheer for their teammates. All our other teammates out-performed themselves by dropping time, some in dramatic fashion. From the South State meet we were able to bring 14 swimmers to State in Tupelo last weekend.

The State Swim Meet is run in a completely different format than any of the regular season meets or invitationals. At State, we swim a preliminary/finals format. The preliminary meet takes place on Saturday morning. Class I schools compete in one area of the pool, while the Class II schools conduct their meet in another area of the pool. The fastest eight swimmers or relays in each event come back to swim at Finals in the afternoon. Of the four girls we brought to State preliminaries, junior Annie Torp was the sole individual swimmer who qualified for finals. Annie swam in both the 200 and 500 Freestyle events. Along with Annie, Sophia Pisciotta, Madalyn Smith, and Avery McCullough qualified their 400 Freestyle relay in finals. With entries in only three events in finals, our girls team came in tenth place overall, which is a remarkable feat.

Our boys indeed had a season to remember.  They finished ahead of St. Stanislaus twice, both in the Jeannie and Keith Demoruelle meet and at South State. Ten boys qualified for State, all in individual events. This is the most St. Patrick has ever brought to Tupelo. Six swimmers qualified for finals in individual events, and an additional four qualified for relays. Junior Clayton Stoddard won silver and bronze medals for 100 Breast Stroke and 50 Freestyle. Senior Christian McKee scored gold and silver for his swims in the 200 IM and the 100 Backstroke. Our Boys 200 Medley relay of Christian, Joseph Agler, Matthew Gordon, and Clayton scored a bronze medal finish to start the finals round. St. Patrick boys scored more points at State this season than they ever have, closing the gap on the top teams St. Andrews, St. Joseph in Madison, and St. Stanislaus. With only one graduating senior, Christian McKee, we look forward to a very strong showing next year as well.

We are very fortunate to be able to practice at the nicest pool on the coast, the Biloxi Natatorium. We are thankful to all the family and friends who supported our Irish Swimmers this season.  Thanks also to the students who came to take pictures, made signs and cheered for our swimmers. It’s not easy to follow us since everything we do is off-site.

Senior Christian McKee said it best in out team prayer before competition, “All Glory to God”  AMDG.