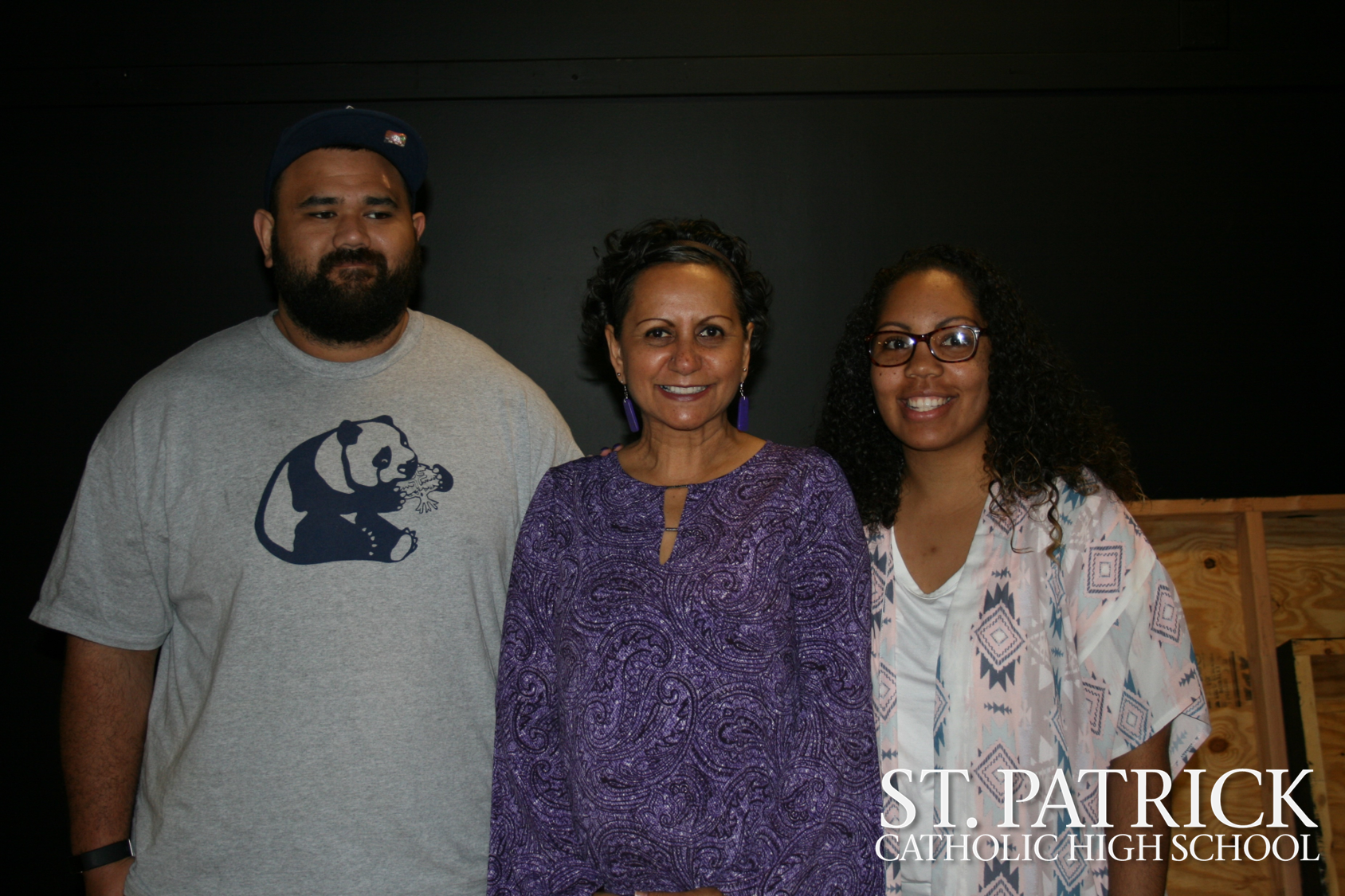 This Tuesday, the 7th graders attended a very special presentation on Australia from Mrs. Carmen Bonds, her daughter, and her future son-in-law. Mrs. Bonds is from Australia, growing up in the Outback along the west coast. She brought a few traditional musical instruments to show the student’s, including the didjeridu, which is a very popular musical instrument in Australia. She shared many interesting facts about Australia such as that it is the only island, country, and continent in one. She also told them that there is no written language, it was passed down for centuries in different forms such as artwork, songs, stones, and dances. Her future son-in-law, Paul, shared that in the last 4 years Australia has had 3 different prime ministers. They also shared that one of the most popular cities, Melvin, has been voted the most livable city in Australia for the past 7 years.

One of the best qualities of Australia is it’s animals, and they shared with the 7th graders just how many they have. Imo’s are very similar to the American ostrich, they do not fly and they lay eggs. Many natives use the shells of the Imo eggs for artwork or painting. One of the most popular Australian animals is the kangaroo. In the south coast, there are platypi, and in the east coast there are koala bears. Although koalas are very cute they can be very dangerous because of their poisonous sack. In the north part of the continent, there are crocodiles. There are lots of snakes and spiders, the largest spider is called the Huntsman, and it’s the size of a man’s hand. The most dangerous spider is called the Red Back spider, it’s black with a red stripe down the back, and very small. The Red Back spider can kill a man.

Australia is in the area where there is a large whole in the ozone area, so the sun is very severe there. Because of this, they wear minimal clothing in the Outback because it is extremely hot all the time. In the northern areas, it rarely gets cold, and in the south, it gets cold but rarely snows. The only part of Australia that gets a lot of snow is the Snowy Mountains along the east coast. All children attend school, and they have to wear uniforms. Hats are required with the uniforms because of the sun’s intensity. The main meat source is kangaroo, but they also eat Imo meat and large lizards. The food is mostly from the western culture, there are many English foods. They do have several fast food restaurants such as; Dominos, McDonalds, KFC, and Hungry Jacks (Burger King). Another big part of Australia is of course, sports. There are a variety of sports including; cricket, rugby, Australian football, surfing, and soccer. Rugby is most closely related to American football, and in Australian football they don’t wear any padding.