Adoration Held to Celebrate Our Lady of Fatima 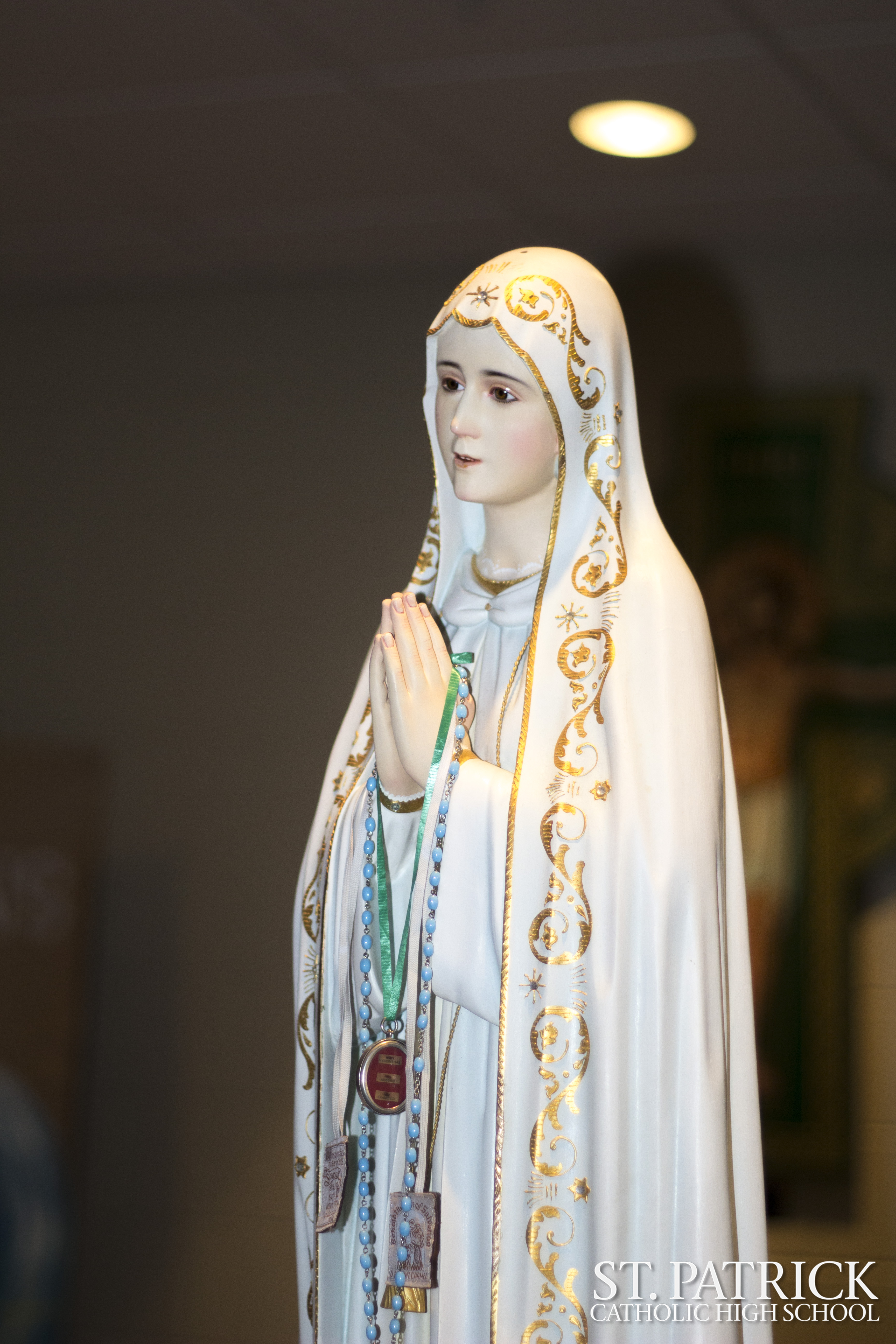 Adoration Held to Celebrate Our Lady of Fatima

On Friday, Saint Patrick held a special adoration service for an even more special day. This day was significant since October 13th, 2017, is the 100th anniversary of the last appearance of Mary in Fatima, Portugal. Since this day was so important to the Catholic Church, Pope Francis granted a Plenary Indulgence–remission of temporal punishment for all sins–for any who honor a statue of Our Lady of Fatima as well as fulfill the normal requirements for this indulgence. To ensure that this element was fulfilled, religion teacher Mr. Creel brought his wooden statue of Our Lady carved from a tree in Portugal and blessed by Saint Pope John Paul II. This statue is even more important because according to Mr. Creel, it has survived circumstances that it shouldn’t have. “During Hurricane Katrina, my house was flooding and I had to go help my grandparents across the street, so I  set her on my stove,” explained Mr. Creel. “When I got back, she was face down so I prepared for the worst and thought that her face would be scratched because I had scratched it before by barely touching it. I lifted her up, not a single scratch was there. It was truly a miracle.” For this special ceremony, the miraculous statue was also adorned with relics from the coffins of St. Jacinta and St. Francisco, the children that Our Lady appeared to in Fatima. Students, teachers, parents and alumni all gathered for this event and prayed and venerated the statue as well as participated in adoration of the Blessed Sacrament. “Our adoration services are one of the most awesome things about this school,” said Mr. Buckley after the ceremony. “It is just so powerful to see 450 people gathered in adoration. It’s rare, and not a lot of people get to experience that.” Special thanks to Mr. Creel for coordinating the service and allowing the school to participate in this once-in-a-lifetime Plenary Indulgence.