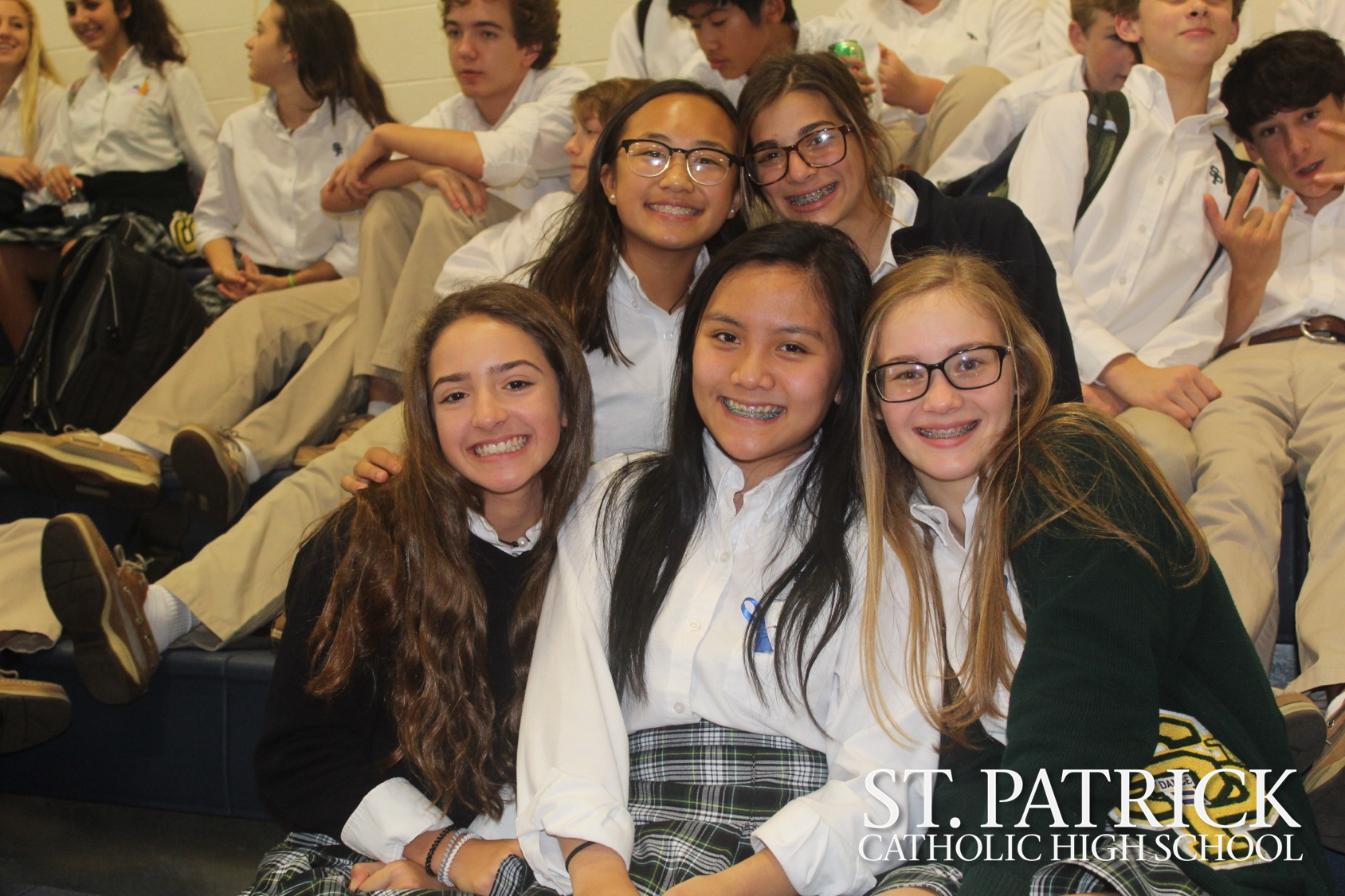 On Wednesday, October 11, the St. Patrick student body was transported back to Elizabethan England courtesy of the Alabama Shakespeare Festival. This opportunity was provided to the students and staff by a grant from the Gulf Coast Community Foundation Pat Santucci Education Fund.

A group of actors arrived on campus to perform “Much Ado About Nothing”, a Shakespearean comedy. This very special event for the school was arranged by Mrs. Barrientos through a grant program. Prior to the students gathering in the gym for the afternoon performance, they were given a special lunch treat. The treat consisted of a pizza picnic where students could eat either outside or in the cafeteria. Anna D’aquilla said, “I really enjoyed the picnic! It is really awesome that our school gives us opportunities like this.”

After the picnic was over, students went to the gym to claim their seats. Everyone was excited for the play to begin. The play was a Shakespearean farce where the main characters were matchmakers for their friends. During the play, the audience was very intrigued and reacted positively to the performers.  You could constantly hear laughter from the bleachers filled with students. After the play ended and the actors took their final bows, students and teachers were given the chance to ask questions. The audience learned where the actors were from and how they got to this point in their life. Richard Springer said “I think the administration did a great job with the pizza picnic and Shakespeare production. It’s nice to have special days like this where socialization and education blend in a more active way than just in the classroom. The actors brought what seems like the text of a foreign language to life and made it quite real, and that’s a great thing to witness.” The actors then hosted different kinds of workshops for the ninth graders. The workshops taught students to get out of their comfort zones and try something new. Overall, students and teachers enjoyed this wonderful afternoon and opportunity they will remember for a long time.