Students attend two-person production of “The Lion, the Witch, and the Wardrobe” 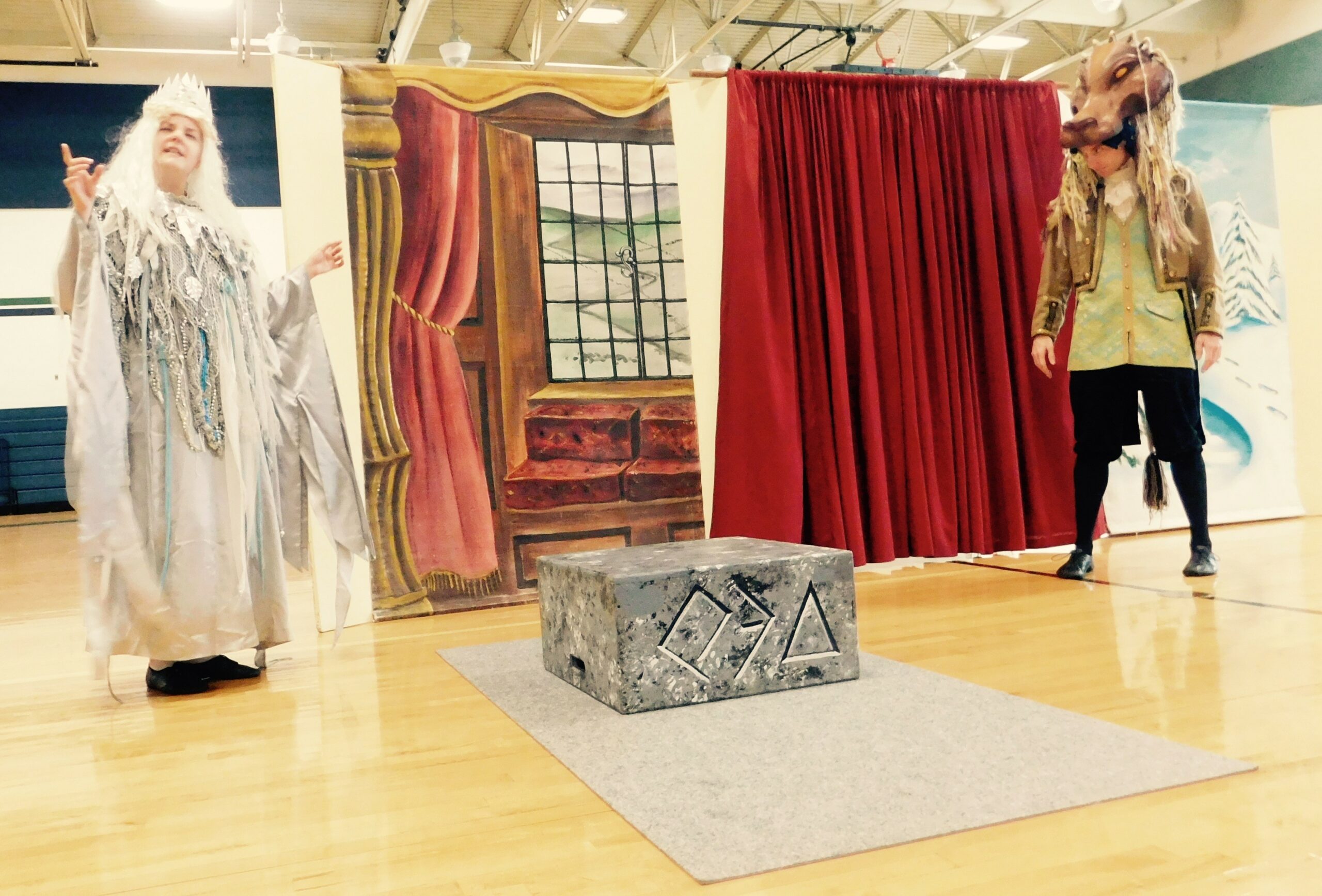 Students attend two-person production of “The Lion, the Witch, and the Wardrobe”

On the Thursday morning of November 16 there was a play performed in the gym of St. Patrick.  Jennifer Diaz, an alumna of St. Patrick, pursued a career in theater and currently works for the Hampstead Stage Company.  Two of Jennifer’s colleagues came to St. Patrick this week to perform The Chronicles of Narnia: The Lion, the Witch, and the Wardrobe.

At around nine o’clock all of the students piled into the gym to watch the production.  There was a scene set up in the middle of the gym with a curtain, window, and forest painted in the background.  The opening scene began with cheering from the bleachers and an old man introducing the story of Peter, Susan, Edmond, and Lucy.

The play turned out to be put on by only two people, a man and a woman who played at least three different characters each.  The actor and actress would perform together most of the time, but whenever an impressively fast costume had to be executed, one actor would stand-alone and perform an impressive monologue.

The play went through the lives of the siblings who entered a wardrobe and uncovered a magical world called Narnia where it’s always winter.  They ran into some interesting characters and were recruited to help defeat the white witch.  Three students from the audience made an appearance to help defeat the evil sorceress and end the play.

After the play was over, the two performers gave the students the opportunity to ask questions about the production and acting career.  There were questions about the passion of acting, college majors, and costumes.  Evan Smith, a sophomore comments, “It was really inspirational to see how they could follow their passion and to see how happy they were while they were acting.”