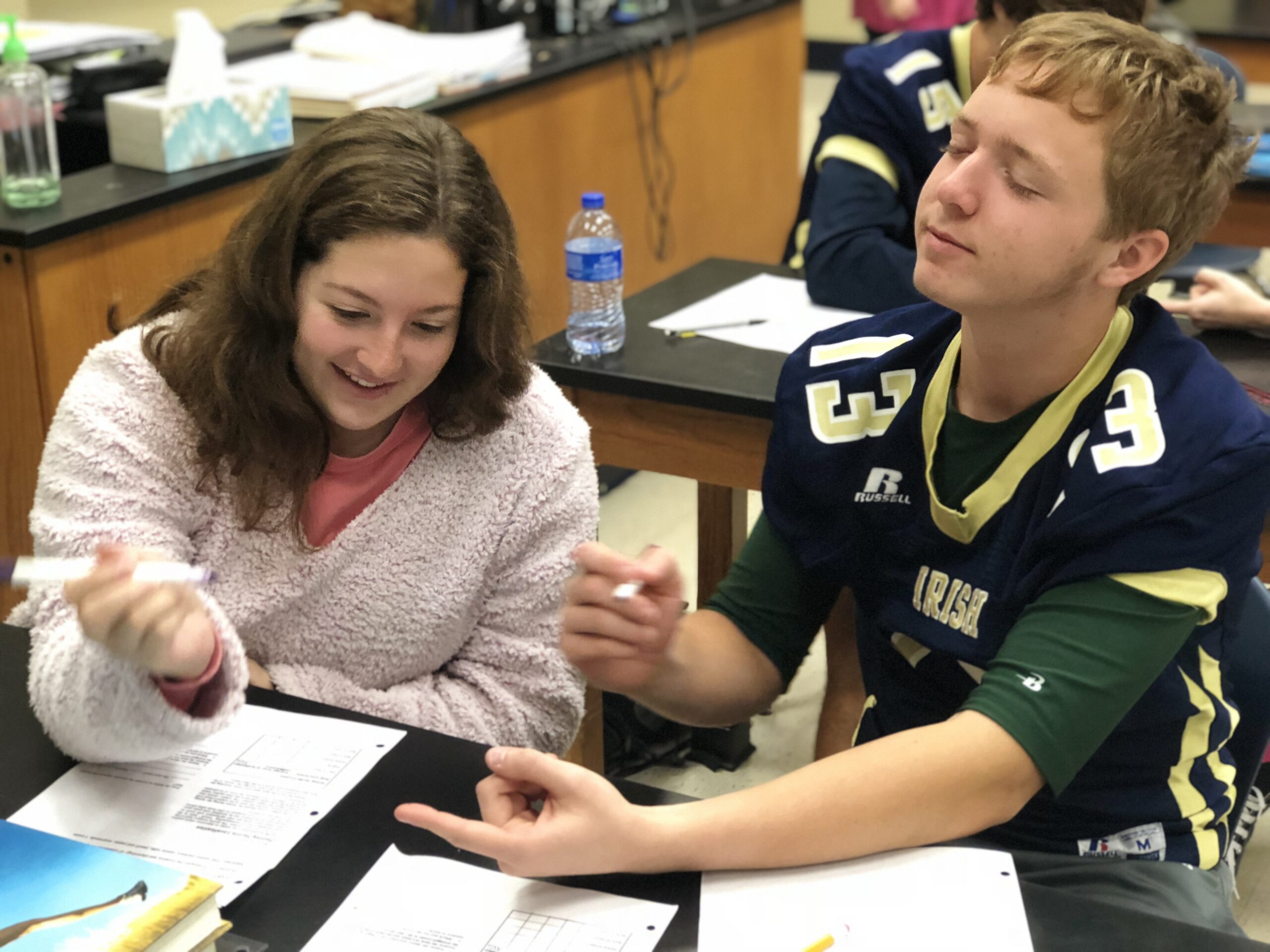 On Friday, October 12, students in Mrs. Lawson’s Anatomy and Physiology class tested tactile localization, which is the ability to determine which portion of the skin has been touched. The tactical receptor field of the body periphery has a corresponding “touch” filed in the brain. Some body areas are well-represented with touch receptors, and tactile stimuli can be localized with great accuracy, but density of touch receptors in other body areas allow only crude discrimination. The purpose of this lab was to investigate the location and physiology of cutaneous receptions. Materials included felt-tipped markers, a metric ruler, a stopwatch and coins.

To test the receptions, students had to close their eyes as their partner left a mark with the felt-tipped marker on their skin. From there, the subject attempted to leave a mark with a different color in the same spot. The students then measured the error of localization in millimeters. Each area was tested three different times and an average of the tests was determined and recorded.

Students also learned about the adaptation of touch receptors. In many cases, when a stimulus is applied for a prolonged period, the rate of receptor response slows and conscious awareness of the stimulus declines or is lost until some type of stimulus change occurs. This phenomenon is referred to as adaptation. Students then conducted a skin lab in which they plotted the distribution of sweat glands, describing the functions of the glands.

Senior Christina Parry explains her favorite part of the lab and what she learned in the video below!

Photos from the lab can be viewed here!