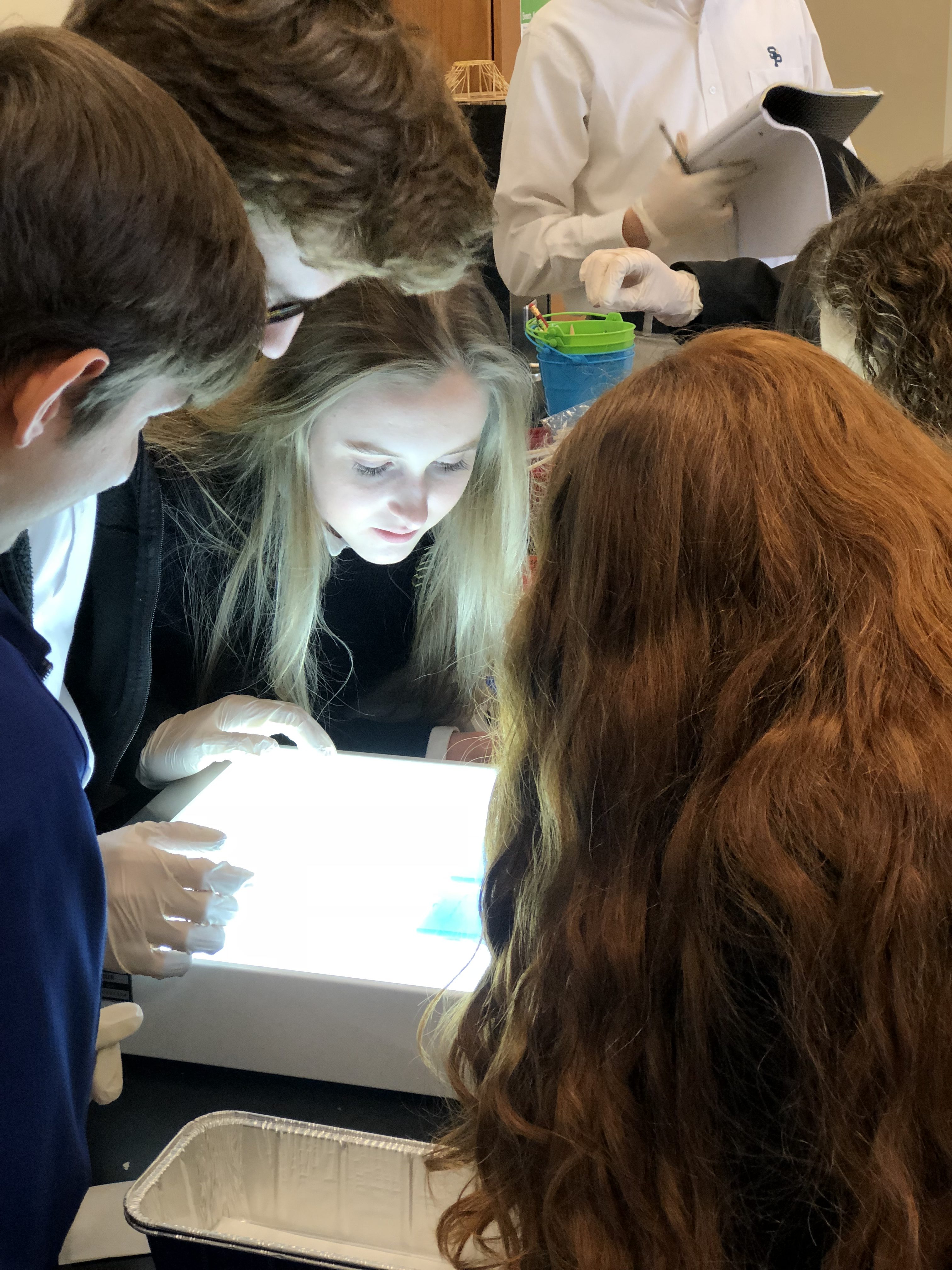 It was a dark day for Principal Buckley, as he walked in from Christmas break to find his office broken into and his favorite coffee cup missing!

Teacher Emily Cloud walked students through the process of gel electrophoresis, a procedure that separates molecules on the basis of their rate of movement through a gel under the influence of an electrical field.

Senior Lauren Skinner said, “My favorite part about the lab was actually putting the DNA into the electrophoresis gel. It was a lot harder than I thought it was going to be, but it was pretty cool to do.”

Students were excited to use the technology and put biotechnological theory into practice.

After intense analysis and, Coach Burger was named the culprit!