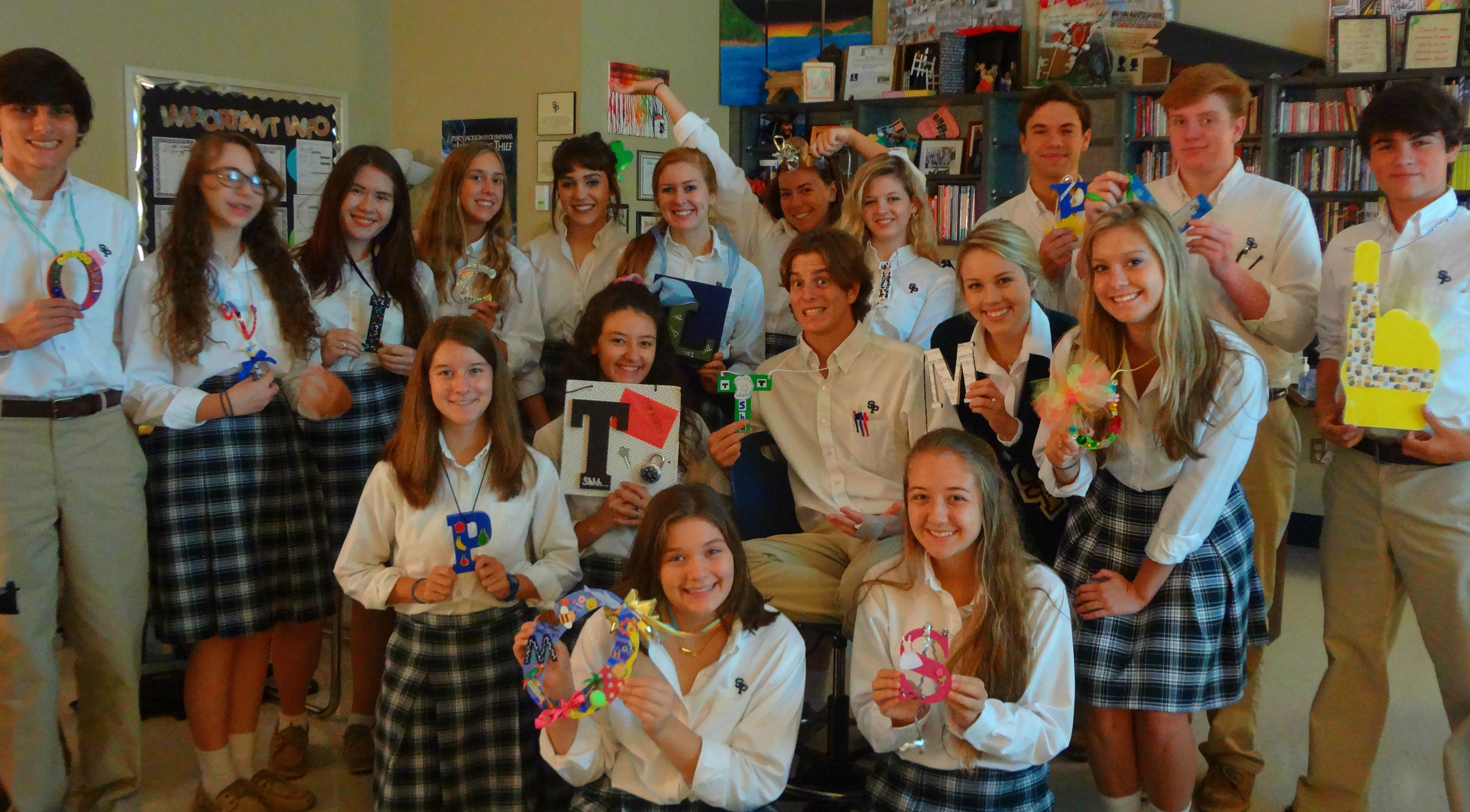 Monday, August 17, was “Scarlet Letter Day” for the AP English Language and Composition students taught by Mrs. Buckley.  In preparation for “Scarlet Letter Day,” the students were challenged to find a single word that could best describe one of their flaws or strengths as a person.  The students then decorated the first letter of their words so that the letters could be worn around the students’ necks, like a necklace.  This was to symbolize the letter “A” that character Hester Prynne of the book, The Scarlet Letter, was forced to wear.  In the story, the letter “A” symbolized her crime.  On Monday, each student wore his or her letter to school.   Although this seems simple, there was a catch to it; the students were not allowed to tell anyone what their letter represented until the following day.

This project is full of symbolism and meaning.   By wearing a letter all day long, the students had a little taste of what it was like for Hester Prynne wearing a letter “A” for her entire life.  In the story, “A” stands for adultery, the crime Hester committed.  Throughout the story, Hester is determined to be a good and charitable woman, and she succeeds.  By the end of the story, the town began to see “A” represent the word “able” instead of “adultery.”  According to English teacher Mrs. Buckley, “One of the main purposes of this project is to give students the idea that even if their letter originally stood for a negative attribute, they can recreate it into a positive one.”  Although not every student necessarily chose a negative attribute, this project was a great opportunity for many students to examine what traits they can improve.

On Monday morning, many students were excited to not only show off their own letters, but also to try and guess what the letters of their classmates represented.  As AP English student Julia Hancock stated, “Making my own letter got me thinking about how I would describe myself in one word, and seeing everyone else’s letter and finding out what it stood for was interesting.”  As students attempted to guess each other’s letter, many were surprised about the guesses.  The effects of the guessing helped students “grow worldly about themselves,” Mrs. Buckley stated.

Quite a few students managed to keep their word a secret for “Revelation Day.”  On Tuesday, students revealed what word their letter represented.  As students revealed their words, there were many groans from their classmates as if to say “I should’ve known.”    AP English student, Evan Smith, is a prime example of someone who had a word that actually surprised many of his classmates.  “It was quite funny seeing the shocked faces from everyone when they learned that G stood for Geek,” said Evan Smith recounting his experience of “Revelation Day.”