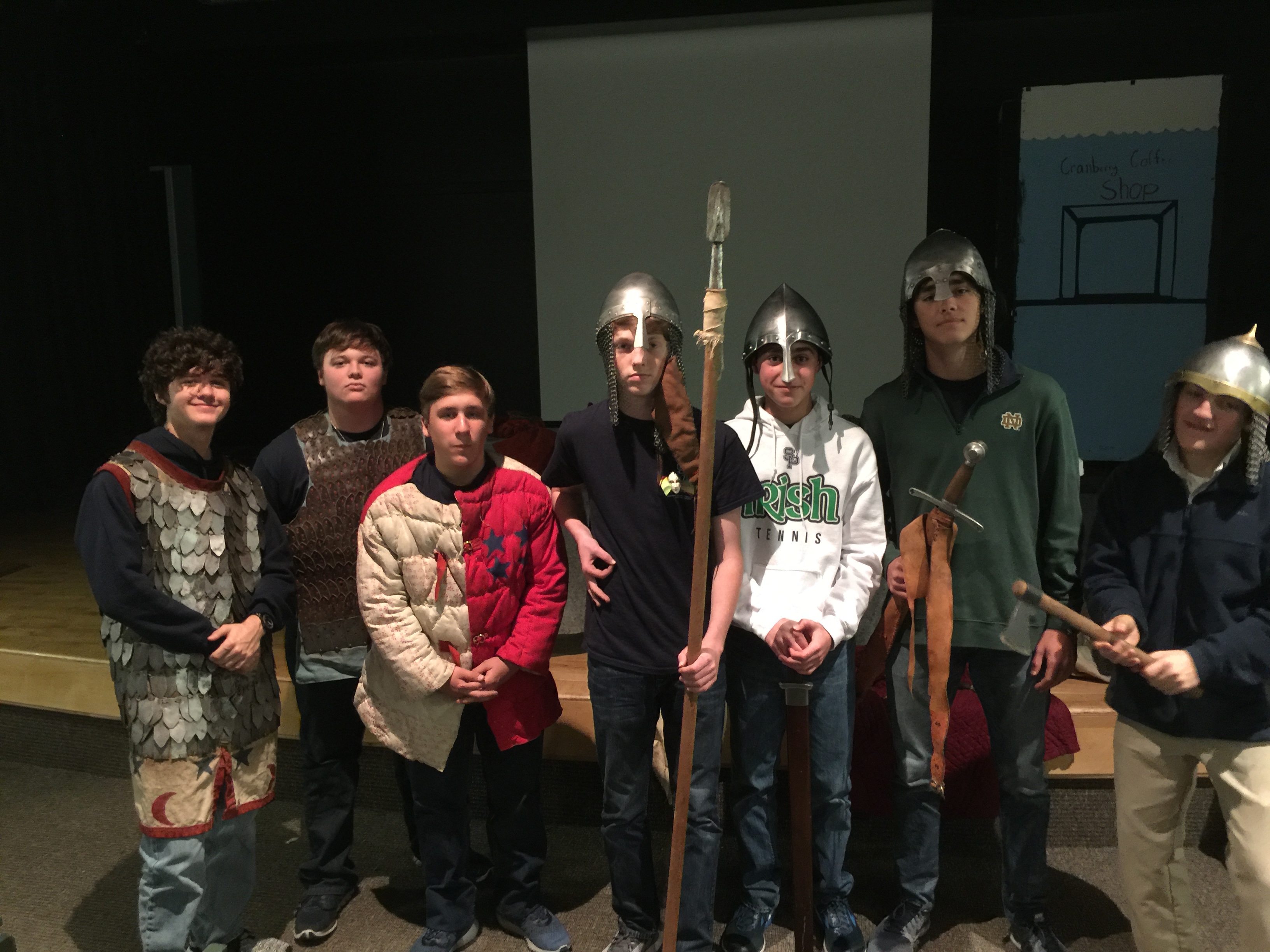 On Friday, February 9, students in Mr. Eleuterius’ AP World History class were given a presentation on medieval armor by Mr. Robert Kearns. Mr. Kearns demonstrated the type of protective clothing that medieval warriors would have worn in battle. The students were able to put on some of the armor, noticing its weight and intricacy. In addition, Mr. Kearns discussed medieval warfare strategies that were used in numerous battles. The students were able to see the battle dress of the times as well as how warfare would have been conducted. This presentation by Mr. Kearns enabled the students to experience history in a more tangible way.