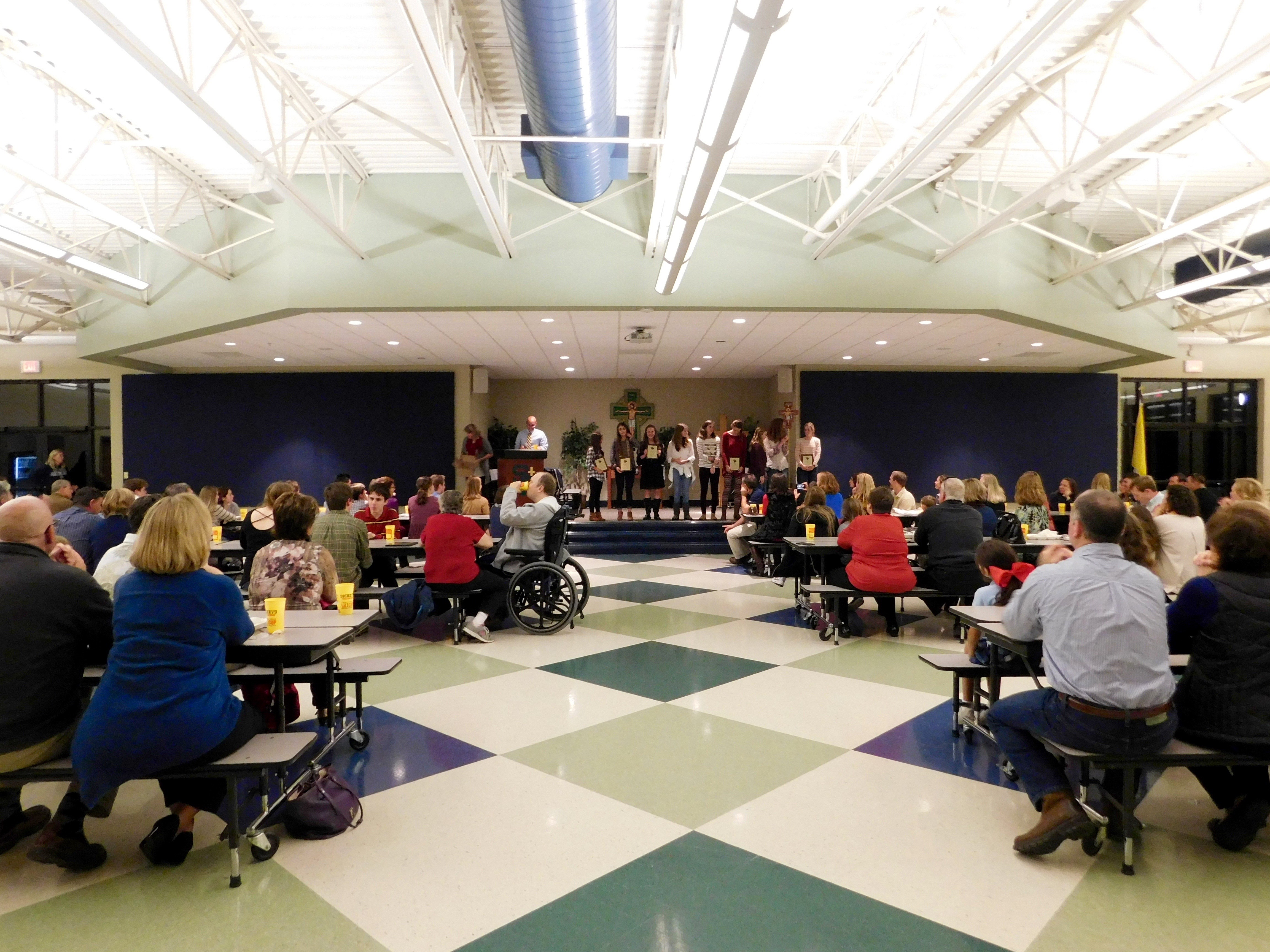 Coach Robin Jeffries started the night off by welcoming all of the student athletes, coaches, and parents.  She also stated the reason that the banquet is held which is to “share information that the other sports teams in the fall might not know because they’re participating in time consuming sports at the same time.”  The main point was to learn about other student’s teams’ successes and events.  Food was also served at the banquet.  The dinner included pork and chicken, bread, and mac n’ cheese that was catered by Dickey’s Barbeque.

Coach Bloomfield was brought to the stage to talk about the football team for this year.  He gave a heartfelt speech about how the guys on the team never gave up and were an inspiration to persevere while the odds were against them.  Football awards were also mentioned such as how Matthew Jones received the leadership award for this football season.

The dance team was discussed next with Mrs. Quinn bringing the girls up to the stage and discussing their competition next Friday.  She also commented on how well the girls have done this year.

The assistant volleyball coach, Coach Ruffin, proceeded to go up to the stage to talk about the season.  The head volleyball coach, Coach Liz, was here for the first time this season, but she unfortunately moved back to her home state of Texas.  Coach Ruffin read an e-mail where Coach Liz listed Rosalyn Lindsey, Erin Jackson, Shannon Kirkpatrick, and Olivia as having outstanding performances during this season.

The swim team Coach Mrs. McMackin went to the stage next and talked about the achievements of the swim team and handed out awards.  The swim team had thirty to thirty-four swimmers this year and the boys placed sixth in state whereas the girls placed fifth.  This is the best the swim team has ever done.  Swimmers who also won medals at state were recognized.

The cross-country team was also acknowledged and recognized for their achievements by their coach Tim McDaniel.  The boys cross country team finished sixth at state this year, and the girls brought home another first place win for the fighting Irish!  Individual athletes were also talked about.  The coach’s awards were given to Eric Million and Ramsey Wagner.

The fall sports banquet was a success and the athletes, parents, and coaches all did a great job this fall sports season.

< Click here to view more pictures from the banquet.