Back to School Luau Dance 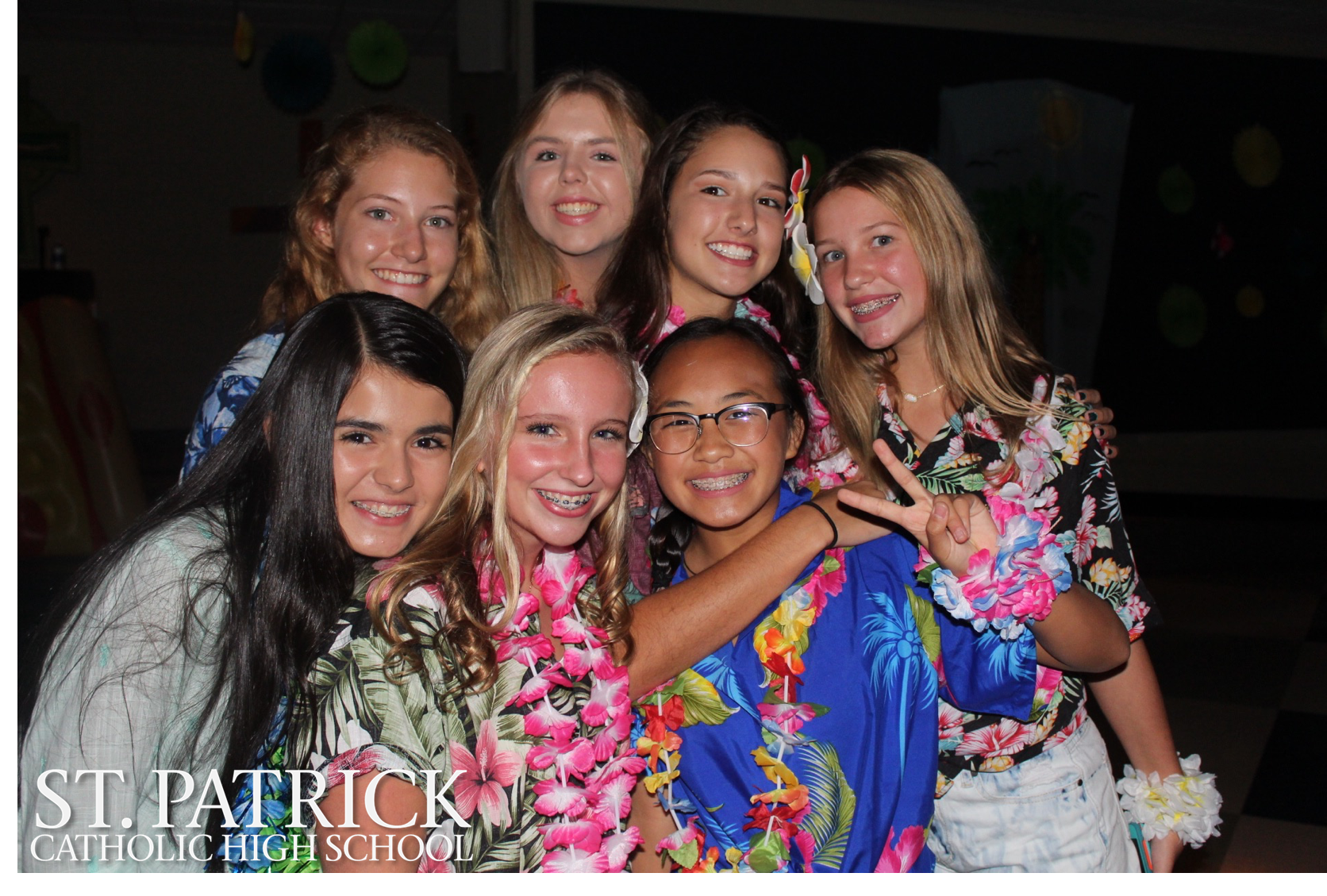 Back to School Luau Dance

Saturday night, Saint Patrick Catholic High School hosted its annual back to school dance. When the students arrived, the cafeteria had been transformed into a Hawaiian luau. The students were able to listen to music, dance, and play games. This dance was hosted for ninth through twelfth graders and invited out of school guests. The event allowed students to have fun with friends, catch up from the summer, and start the school year off with a positive attitude. Students showed up in various Hawaiian themed outfits that they were able to show off to all their friends. The Luau-themed dance was hosted by Saint Patrick Student Council with assistance from the administration. The Student Council would like to thank the administration and teachers for their support and help.

Throughout the night, there were a couple of surprises for the students who attended. In the middle of all the fun dancing, an exciting limbo competition broke out. The limbo competition gave students a chance to show off their flexibility and skills, while everyone cheered them on. Melanie Nguyen stated, “I had a great time! Being able to dance with the underclassman was really fun, especially the limbo!” Later in the night a tasty surprise of Krispy Kreme donuts was enjoyed by all the students. The donuts were provided as part of the school’s celebration of the solar eclipse happening this Monday. Anna Daquilla mentioned “The donuts were so good and such a sweet surprise, which added to our dance!” The Luau was well attended and a good time was had by all. This dance was a great start to the school year.