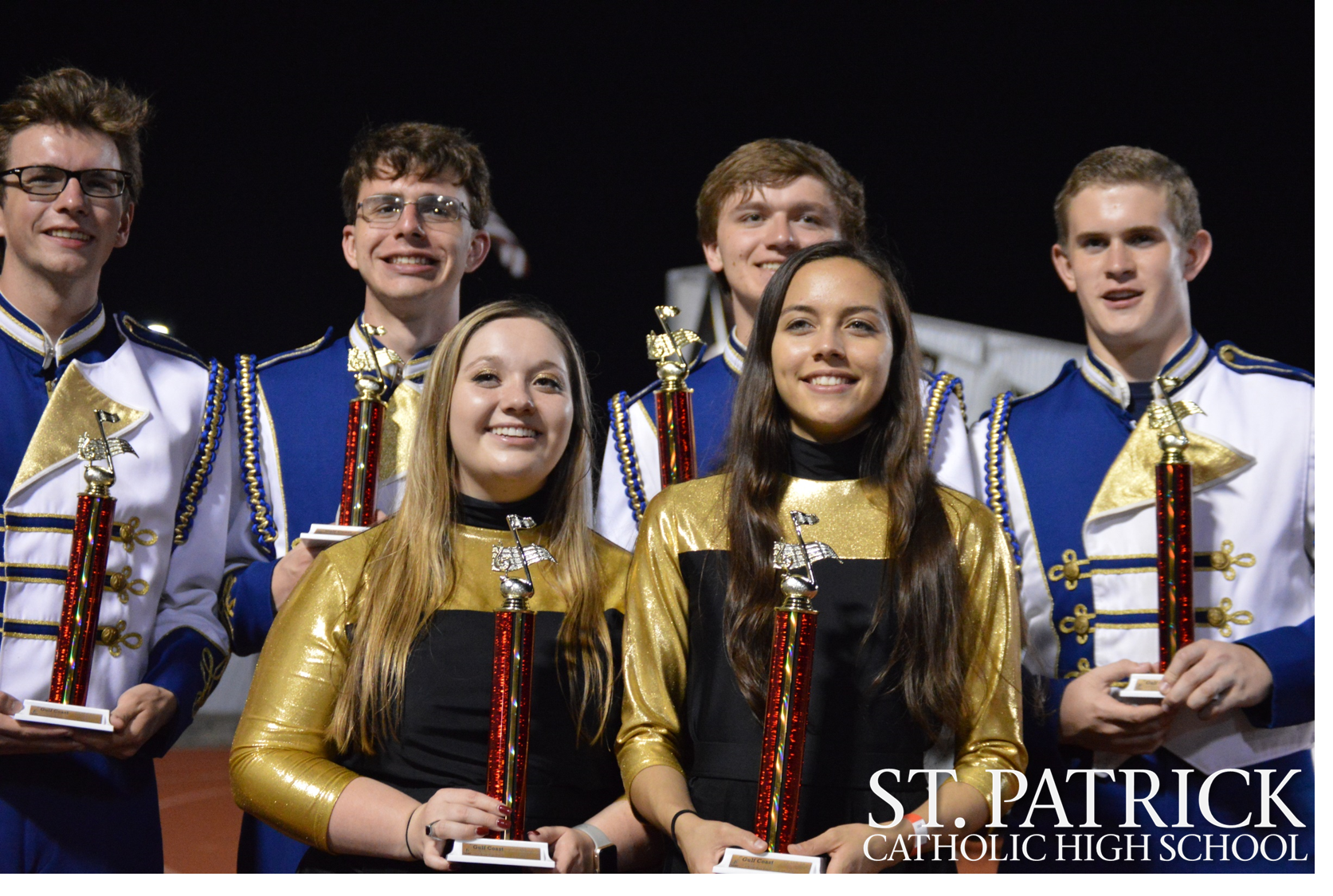 Last Saturday, September 30, The Pride of St. Patrick Marching Band competed at the Gulf Coast Invitational Marching Festival and Competition at Biloxi High School.  Despite the heat, the band did an amazing job and had a clean sweep in their division.  They will be able to see their scores and recordings from the judges to see their strong points and what needs improvement.

The Pride of St. Patrick Marching Band performed during both morning and afternoon shows.  After the band was done performing their show, they were able to watch the other bands throughout the day.  The band was able to see the differences between bands but also the similarities that tie all band members together.  The band placed 1st in all categories in their division.  They received Best in Class Music, Percussion, Guard, Visual, and General Effect.  Kathy Springer, a Pride of St. Patrick Band mom stated “They sounded great and were very sharp on the field!  So proud of every band kid!  Congratulations to our Band and to Mr. Lee!”