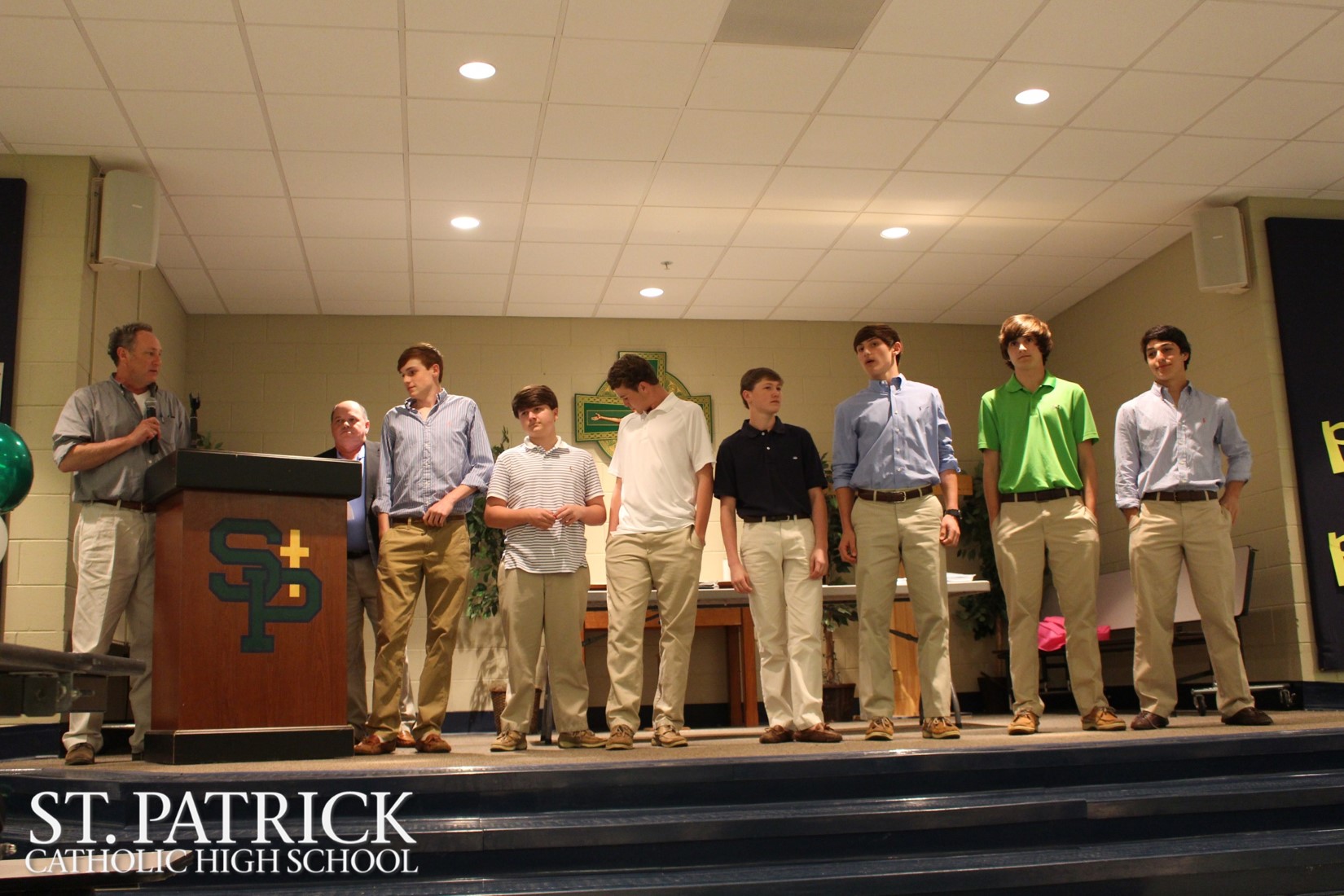 The winter sports’ seasons have all come to an end and to celebrate the hard work and accomplishments of these student athletes, St. Patrick hosted its annual winter sports banquet.  Athletes from the soccer teams, basketball teams, band, and cheer squad were all welcomed and honored at this event.  Before the teams were recognized, the attendees of the banquet were served Dickey’s barbecue and had the choice of chicken or pork.  After completing the meal, each team was called up separately to be recognized and each team recognized certain individual athletes for outstanding achievements throughout the season.

The girls’ basketball team was the first team to be recognized.  Coach Robinson commented on the incredible effort and resilience the team displayed throughout the season as well as the remarkable achievement of reaching the playoffs.  The entire team will be returning next year as there were no seniors on the team this season.  The boys’ basketball junior varsity and varsity teams were recognized next.  Coach Robinson praised the team’s ability to work hard to stay close in every game despite often being outsized.  Stephen Clark and Matthew Eleuterius are both seniors this year and plan to graduate in May.

Following the basketball teams, Mr. Lee, the band director was called to recognize the band.  The many extraordinary achievements of the band were elaborated on including the competitions the band has competed in this year and the many honor bands in which St. Patrick musicians are currently on.

The soccer teams were the final teams to be recognized.  Coach Angela McClure of the girls’ soccer team praised the team on the ability to force the distract game against OLA into overtime.  In the past, OLA has shut St. Patrick out, but due to the resilience and hard work of the girls of St. Patrick, the game was very close.  Coach Mario Camps told a story about a Rolex watch and how it needs every piece to tick perfectly.  He followed the story up by saying that the boys’ team this year was one of the best working “watches” he had ever seen and that teamwork is how the team was able to win the state championship.