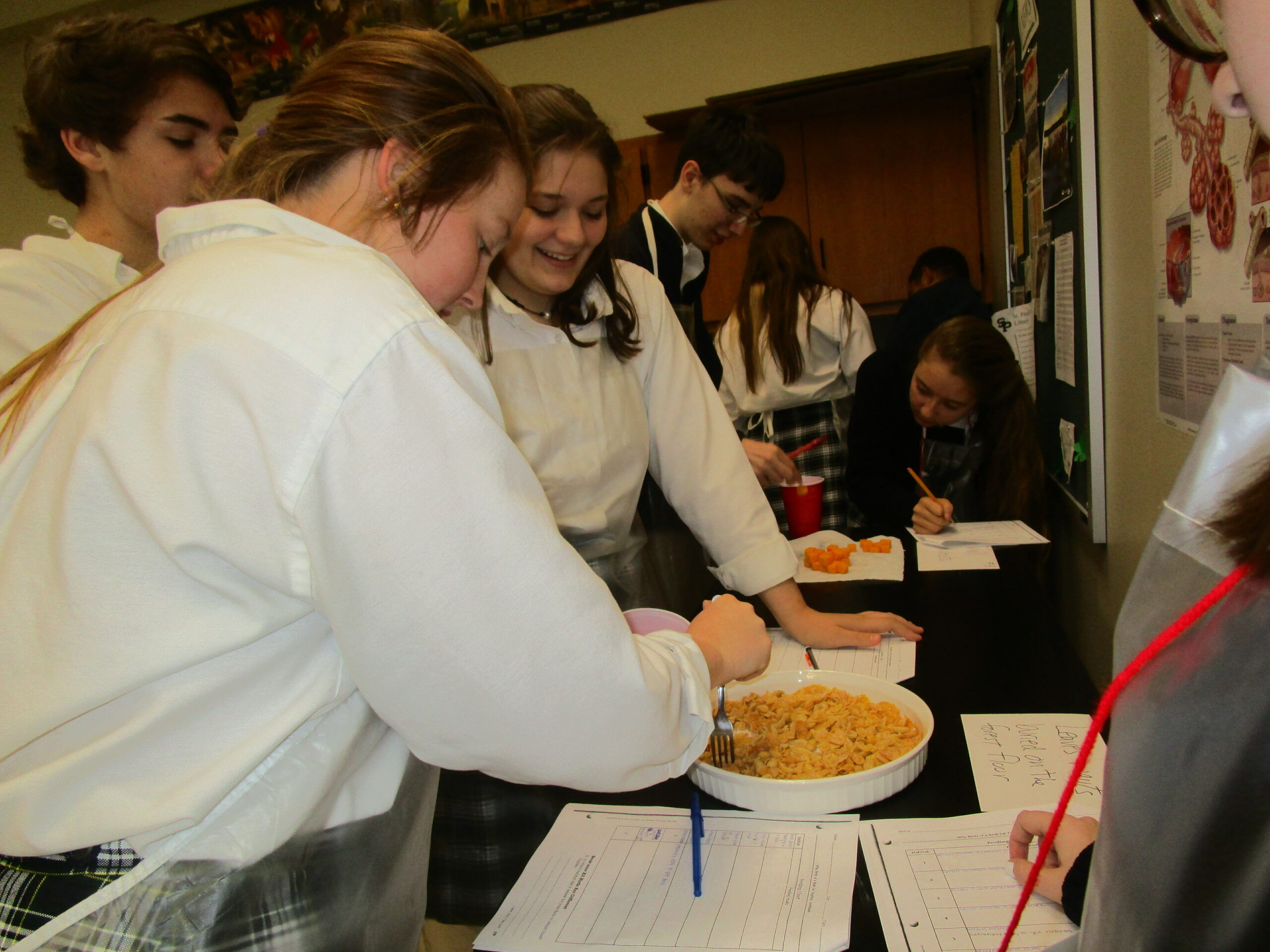 Ms. Lawson’s Biology II students took part on a class project titled “Why Birds of a Beak Eat Together” on Tuesday, January 19. The fourth, fifth, and seven period Biology II classes took part on this by modeling beak adaptations of different birds by using tools such as pliers, tongs, and eyedroppers. Students studied how effective the beak of their bird was by obtaining various types of food and how the adaptations of certain birds’ beaks are the way they are.  The students have been studying natural selection, population, genetics, and populations.

Completing the project, students went through a series of stations of different types of food to determine which food was easiest to obtain with their bird’s beak and which habitat would be best for each bird.  A couple examples of these special adaptations of the beaks of birds include the cracker, shredder, chisel, and probe beaks. The cracker-beaked birds are seed-eaters that have short, thick conical bills for cracking seeds, like sparrows and cardinals. The shredder beaked birds have sharp, curved bills for tearing meat like hawks and owls. The chisel beaked birds are birds with long and chisel-like for boring into wood to eat insects like woodpeckers. Hummingbirds have probe beaks, which are long and slender for probing flowers for nectar.