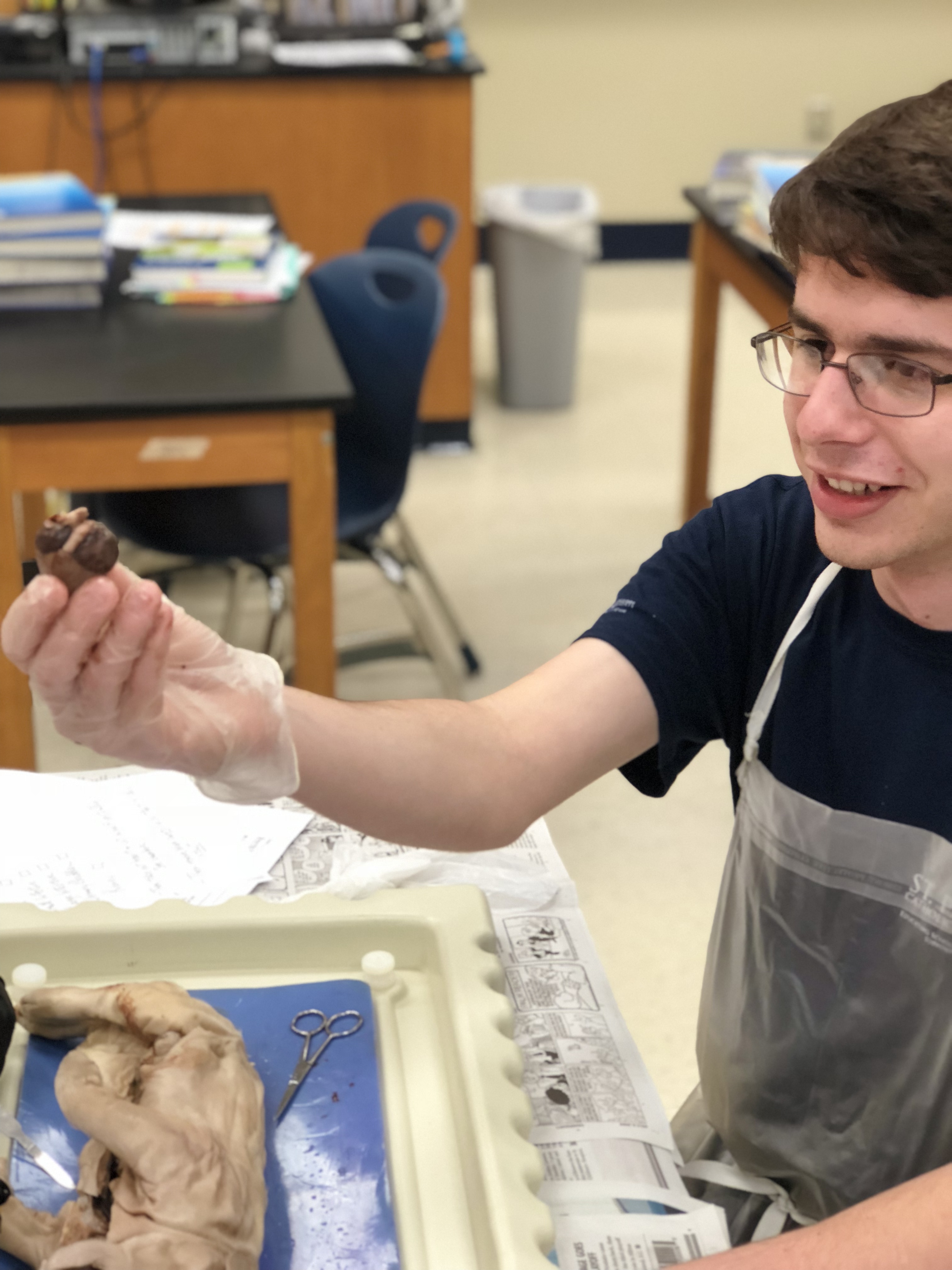 Students in Mrs. Mary Lawson’s Biology II classes have been busy learning about the human anatomy through dissecting fetal pigs, as pigs have similar organs and systems. The objectives of this lab included describing the appearance of various organs found in a fetal pig, naming the organs that make up various systems of the pig, relating the structures of a fetal pig to those of other mammals, and determining the differences between a fetal pig and an adult pig.

The lab consisted of internal and external dissections of the pig so students could review all organs including the lungs, heart, stomach, intestine diaphragm, and more. Students were tasked with exploring the systems of the fetal pig, including respiratory, nervous, digestive and urinary. For example, within the nervous system of the fetal pig, students exposed its spinal cord to view the spinal column and vertebrae. Through collecting data, students were able to determine the exact age of the each pig.

On conducting the lab, SPCHS Sophomore Jacob Roberts said, “The pig dissection lab was interesting because pigs have organs similar to humans. Labs are more enjoyable than other lessons because they show a more accurate portrayal of what an animal’s body is like. Right now, I plan to major in biology and work in the medical field, so doing these labs help me to prepare for college.”

Check out photos from the lab below!