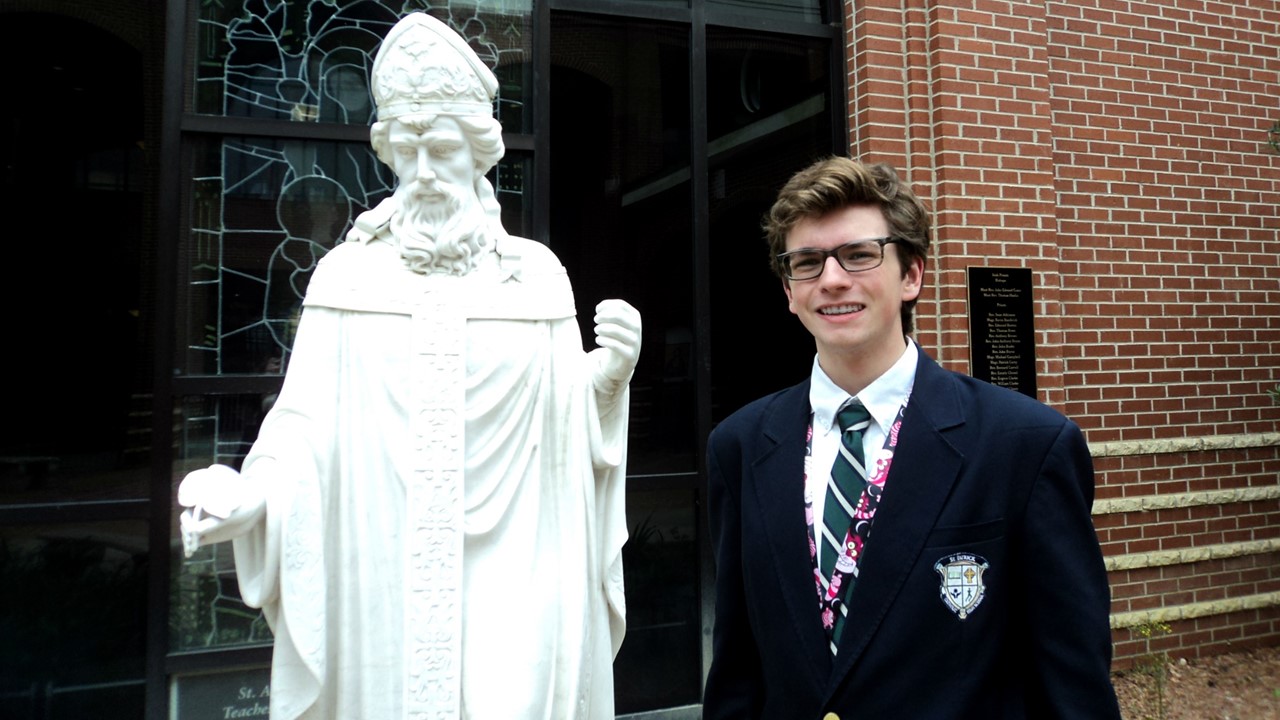 The Parable of the Prodigal Son is a story surely everyone has heard at some point in their life.  Most of the time, the parable is taught with the God as the father and us as the titular son.  Instead, Bisner focused on the forgiveness of the father as something to aspire to.  Bisner said, “I am just thankful to be able to write and have my writing shared for others to read.”

Bisner’s spiritual reflection is as follows:

If you’re anything like me, you’ve heard the Parable of the Prodigal Son so many times you can probably recite it by heart.  When something becomes so common place, however, it is easy to take it for granted and overlook its continuing importance.  It’s like the beauty of a sunset, down here on the Mississippi Gulf.  Sometimes we are in such a hurry to get home that we forget or simply overlook the fact that the sky is displaying a masterpiece of God’s creation.  In the same way, I think we hear the words “Parable of the Prodigal Son” and dismiss it because it is so commonplace.  There are some very important spiritual challenges, however, that we must take for the story.

For instance, I think not only is the Parable of the Prodigal Son an allegory for God’s love, it is also sort of a challenge for how we are to live as good people of God, a calling we should hear especially during Lent.  As sinners, we are likened, of course, to the younger son who strays form the fold only to be accepted back at no expense.  At the same time, though, we are called as Christians to be the prodigal son’s father, because we are called to show forth love and mercy to all of God’s people, especially those who have wronged us.  In this Lenten season, we can ask ourselves: “Is there someone who needs to be forgiven?”  If so, forgive them with no hope of getting anything in return, but forgive for the sake of forgiveness.  What a marvelous time this is for us to forgive!  The Year of Mercy is the perfect opportunity to spread the message of Jesus’ Parable and of Pope Francis himself.  In this way, we can be like the father in the parable, and we can hope to show forth the love of our Heavenly Father.  This Lent, let us ask God for the humility to be the prodigal son and the courage to be his father.