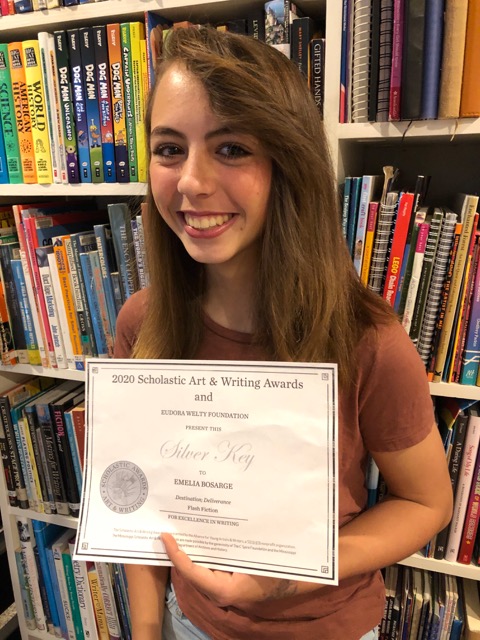 She was awarded the Silver Key award in Flash Fiction for the 2020 Scholastic Art and Writing Awards.

Last year, more than 330,000 teens between 7th and 11th grade entered this contest in various categories.

Since 1923, the Awards have recognized some of America’s most celebrated artists and writers while they were teenagers, including: Tschabalala Self, Stephen King, Kay WalkingStick, Charles White, Joyce Carol Oates, and Andy Warhol.

Her paper, titled “Destination; Deliverance” talks about the tragic death of a family friend. She submitted the essay, not thinking it would lead to anything.

“I was very surprised to get the award, because I did not expect to get anything at all,” Bosarge ’25 said.

Bosarge said she’s always really liked writing, but has delved into it a lot more in the last year.

“If there is something going on that I feel strongly about I like to write about it,” she continued.

Bosarge will travel to Jackson in April for the official awards ceremony for her region.

She is now eligible to enter her submission in another competition for a chance to attend a writing workshop during the summer.