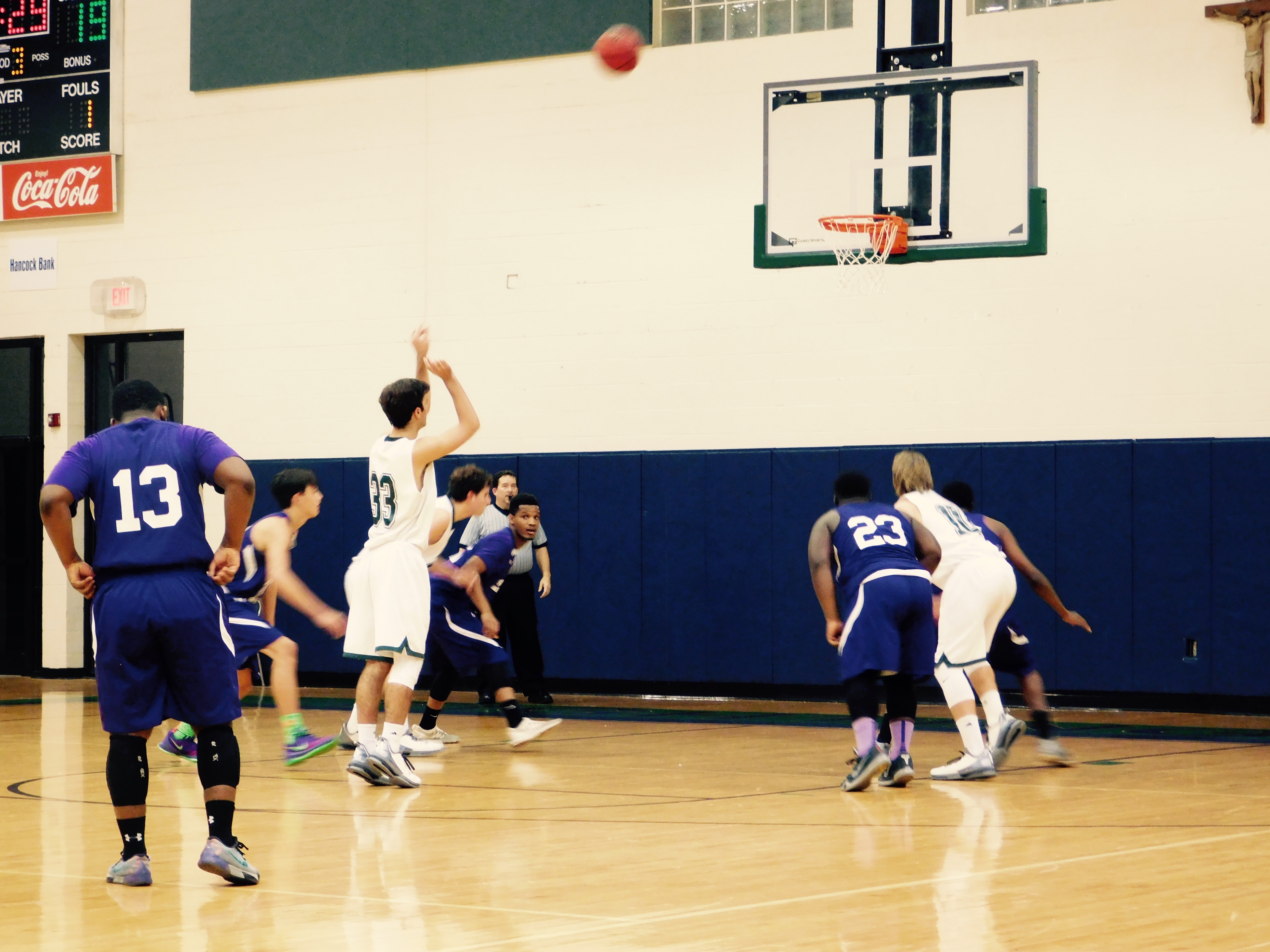 The junior varsity game began at five o’clock just as it started pouring rain onto the roof and outside walls of the gym. In the first quarter Friendship Christian made the first basket but that was soon countered by the Irish, bringing the score to two to three with the Friendship Christian in the lead. In the middle of the first quarter, the score was tied with both teams scoring three points in the first part of the game. Irish pull ahead with a basket made by number 25, and the Irish continue to run up the score in the first quarter. There are many great baskets by the whole team and some outstanding free throws made by Windfield Swetman. At the end of the first the Irish are in the lead with a score of eleven and the opponent with a score of the three. The rest of the game fluctuated with the Irish tying the game, but then pulling ahead in a major win. The team was working together well and there were also some great baskets by Holden Hewes. The fighting Irish procured a win with the score of 50 to 28.

The varsity game begins with junior Jack Magandy and sophomore Tucker Santiago making two great baskets in the first minute. The fighting Irish made five points in the first minute with Friendship Christian having made none. At the end of the first quarter the score stood at 15 to 8, the Irish in the lead. There were multiple good baskets by Santiago and a great basket by senior Stephen Clark in the second quarter of the game. At half, the score was 21 to 19 with the Irish still ahead of the opponent. The third half had some great baskets and moments from the varsity athletes. Matthew Eleuterius made some swift free throws and Santiago made an amazing basket where he jumped up, flung his arm around, and made a beautiful basket with three minutes left in the third quarter. The score at the end of the third was frozen at 44 to 31, the Irish looking like they would continue rapidly raising the score. The fourth quarter though showed fatigue and Friendship Christian started to catch up. With two minutes left, the score was fifty to fifty-one, Friendship in the lead. Some last minute free throws were shot and made, leaving the final score with an Irish victory of 56 to 54.

Come and support the basketball team at their next game to witness another Irish victory!