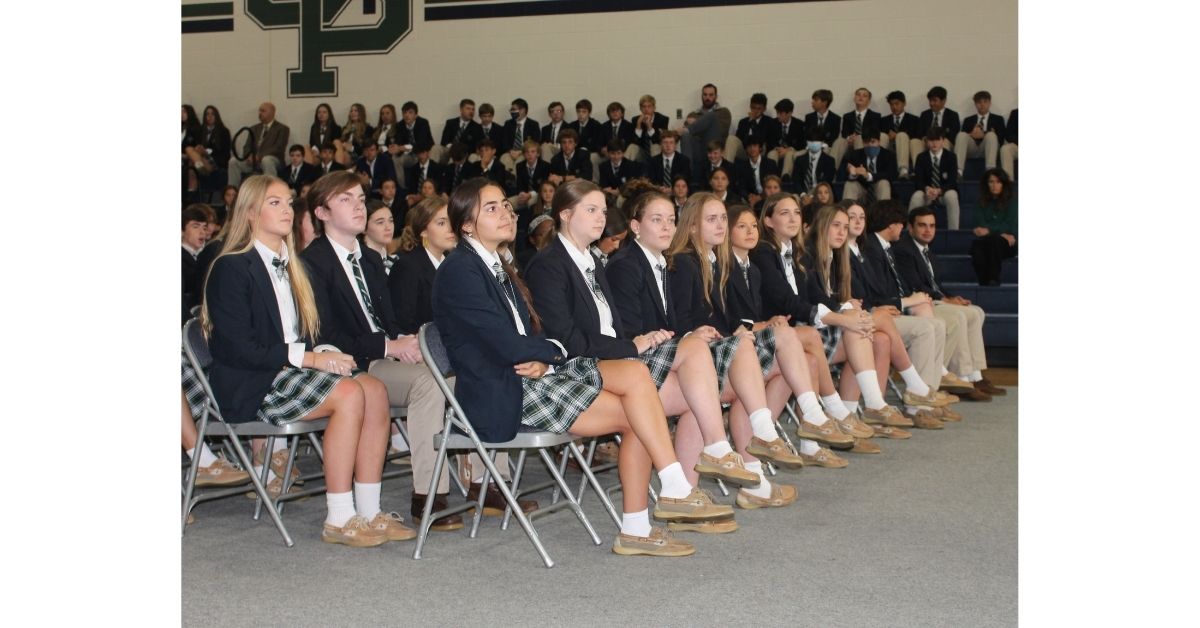 BILOXI, Miss.- The 2021-22 Campus Ministry Team was Commissioned during mass on Thursday. Team members received a blessing from Father Ryan McCoy, and their Campus Ministry Medal from Principal Dr. Matt Buckley. During the commission, team members announced the theme for this year, ImPerfect. According to Campus Ministry team members, the theme represents how at one point we have all felt imperfect or broken. The theme is presented at all class retreats.