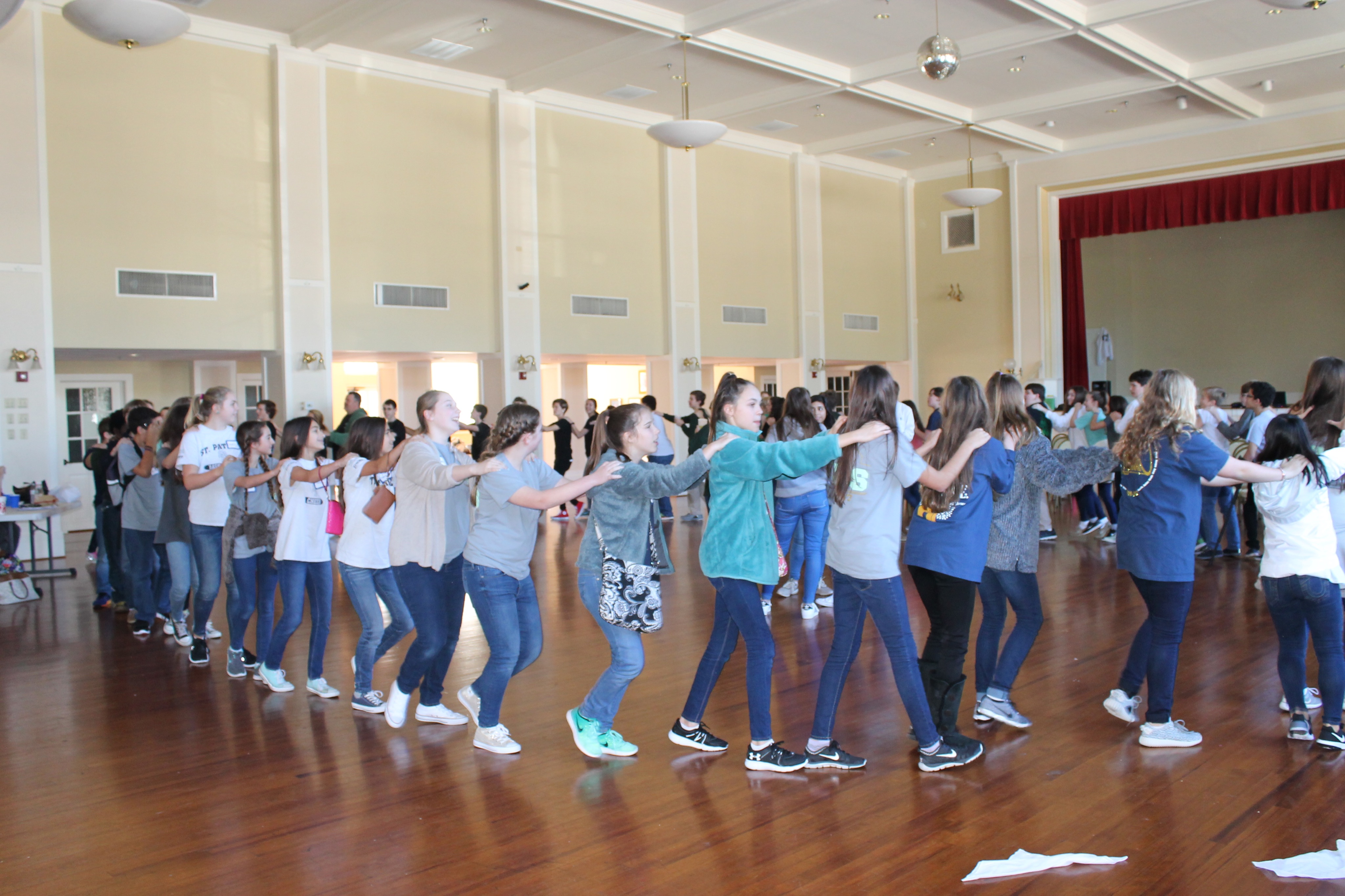 Campus Ministry kicked off the new year with the eighth grade retreat this past Friday, January 13. This was the Campus Ministry Team’s second retreat of the 2016-2017 school year, and after much planning, it turned out to be a great success.

The retreat was separated into four different segments, each focusing on a different aspect of class bonding and the student’s relationships with God. The first portion of the retreat was called “Who Am I?” During this segment, the Team had the students focus on their own identities with activities in which they wrote letters to their future selves. In these letters, they described their current friends, likes and dislikes, and just a general description of their lives. Following these activities, Team member Laurie Pisciotta told her story about her transition through high school and her own personal journey of self-discovery during that time.

The second segment of the retreat was called “Choices.” For this segment, the Team’s central message was that some choices may seem like a good idea in the first place, but in the long run, when you actually go through with certain choices, they can hurt you. They gave the students advice about how to avoid peer pressure, especially in difficult situations, and how to always be conscious of their decisions to ensure that they are making them for the right choices. Team members then showed a video about making good choices, followed by J.R. Riojas, Olivia Allen, and Kristen Chachati each gave their own testimonies, describing how they themselves or their friends had been faced with difficult situations and choices.

After lunch, the Team continued the retreat with the third segment, “Bullying.” This segment was all about trying to build the class up and help them to drop their walls and overcome their differences. Team member Haley Griffin shared her story of how she encountered bullying and overcame it, and what to do to prevent bullying from happening. The class then participated in an activity in which they boosted their fellow classmates up with compliments instead of bringing each other down with bullying.

Finally, to finish the day, the retreat ended with the fourth segment, “Relationship with God/Morality.” The students were asked to think about their current relationship with God, and how that relationship could be improved during the retreat. They watched a video describing how God is open to everyone and anyone, no matter who you are. Team member Sofia Cooper followed the video with a talk about how all you need to do to become closer to God is to open up to Him and let Him work within your life, followed by adoration.

Overall, it was a great retreat filled with lots of fun and class bonding. Campus Ministry is now back to work and very excited for the upcoming ninth grade retreat!