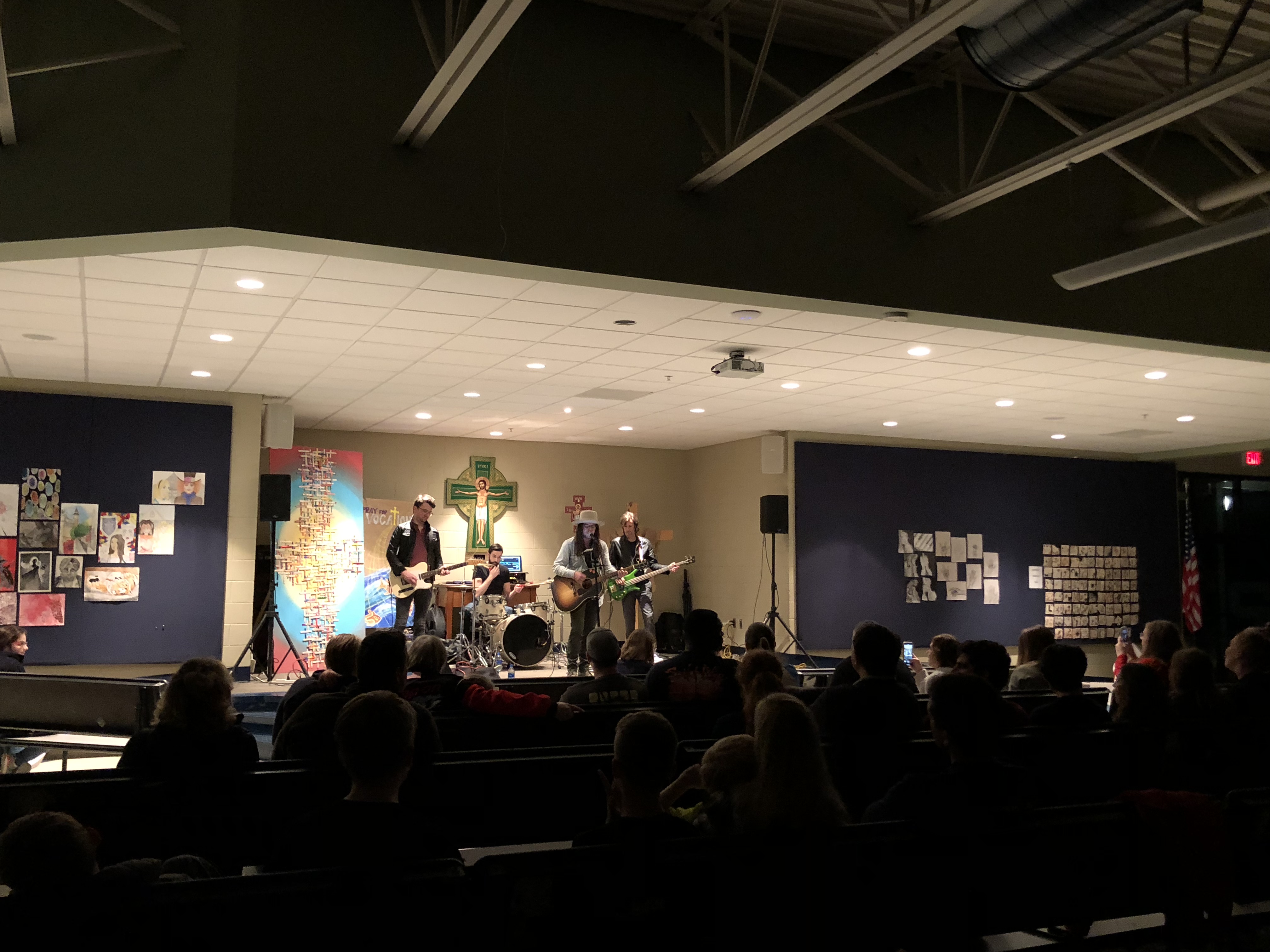 On Friday evening, February 1, Brandon Green put on a concert in the cafeteria. Green, a native of Lucedale, Mississippi, has developed a following on the Gulf Coast. He performed with Keith Urban on the hit television show, Can you Duet, and opened for Urban on his 2011 tour.

Performing with a three-piece band, Green and company played a setlist packed with classic worship songs. After the concert, audience members were given the opportunity to purchase CDs and meet Brandon and the band.

Jamie Stanovich, President of the Student Body, said, “The Brandon Green concert was a great ending to Catholic Schools Week. I enjoyed watching friends and family come together for a night of great fun and even greater music.”

Photos from the event can be viewed below.

📸 SP Snapshots- Here’s a few photos of some o

Congratulations to our men's and women's swim team

Good Luck to our Fighting Irish Swim Team as they

☘️ Deadline to order an ad in our Winter Sport