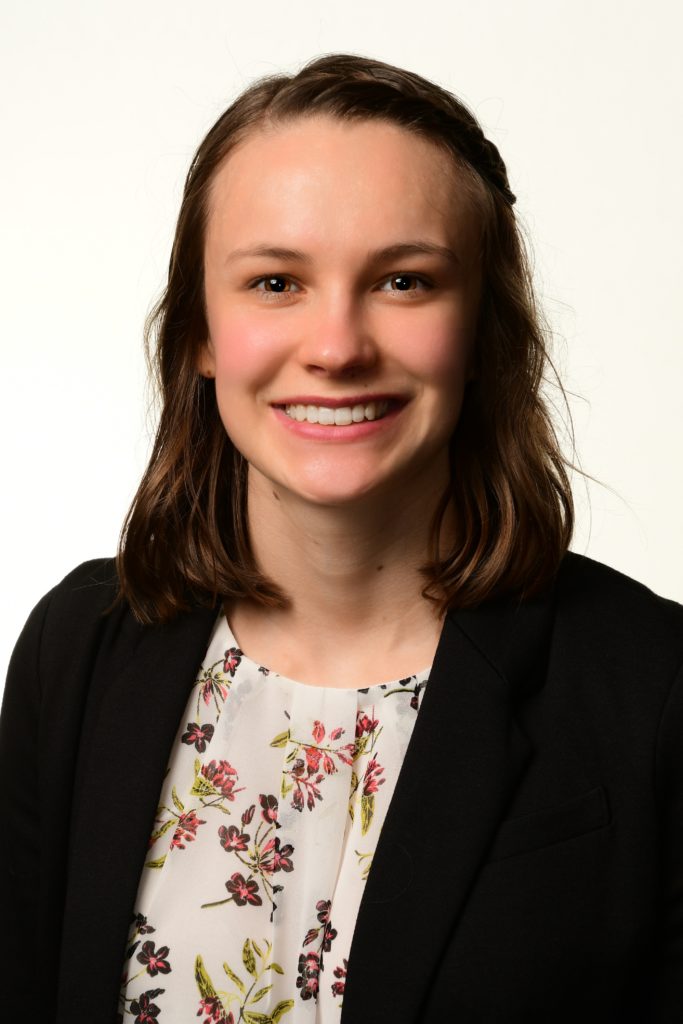 Christine Lawson SP ’11 spoke with students in Ms. Lawson’s and Ms. Worrel’s classes yesterday about her experiences since graduation in the field of pharmaceutical research. Christine Lawson provides a different perspective to students and she connected the studies of students in these science classes to the research she conducts. 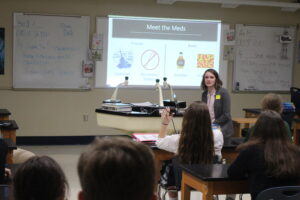 Following graduation from SPCHS, Christine attended Louisiana State University and received her Bachelor of Science degree in Biochemistry with a minor in Chemistry in 2014. She was selected as a LASTEM Research Scholar at LSU, and she performed research in Baton Rouge, Louisiana, Richmond, Virginia, and New York City, New York, during her undergraduate career. During this time, she studied a vaccine against Staphylococcus aureus, a vaccine against one of the bacteria that contributes to periodontal disease, and a vaccine against the parasite that causes river blindness. She then worked in the biochemistry lab at the University of Iowa studying gene expression as a research assistant.

Christine is currently a PharmD student at the University of Iowa College of Pharmacy. She is an American Foundation for Pharmaceutical Education (AFPE) Gateway to Research Scholar.

The math and science teachers/courses at SPCHS gave me an edge in undergrad. (Not to overlook my social science teachers…they were great too, I’ve just always been a math and science kid.)  Three examples stand out in my mind: Mrs. Worrel mentored me through a fascinating  research project to train a type of wasp to seek certain scents (drugs, cadavers, tobacco), which helped prepare me for my research-heavy collegiate career; Mrs. Lawson’s physiology course guided my research interests; and Mrs. Tavel’s AP Calculus prepared me so well that I skipped collegiate Calculus I and went straight to Calculus II (where I met my husband). I think the small class sizes and teacher approachability were very advantageous. Universities are so huge that you can really get lost in the shuffle. Since I had already learned to approach my teachers when something confused me in high school, I applied the same strategy in undergrad. Suddenly the classes didn’t seem so big. – Christine Lawson