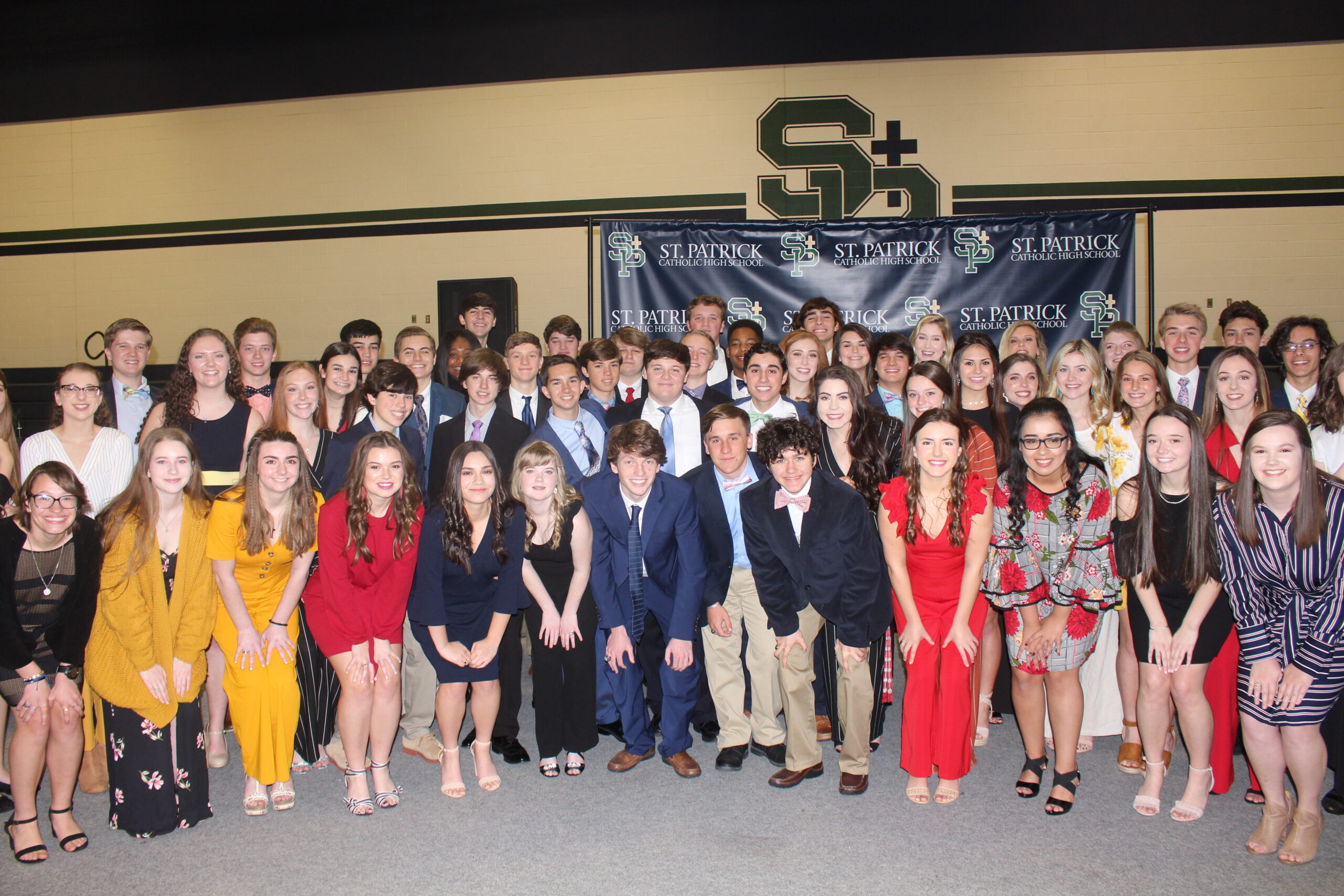 The weekly Thursday mass was followed by a presentation of class rings, in which members of the junior class were given rings from the senior class. St. Patrick holds an annual ring mass in order to represent the passing of the torch to the upcoming senior class.

The junior class was very anxious about their day, yet the students dressed formally and acted with respect. Students were not only excited about seeing their rings, but they were also excited about the thought of becoming the school’s next generation of seniors.

Junior Class member, Jesse Kearns, feels that the ring mass is something that he has looked forward to for many years during his school career at St. Patrick. He says, “It really is a special moment that you don’t see coming until it is right up on you. I close my eyes for a second and boom! I’m a junior receiving my ring. Last year, it seemed so far away, but now that it has arrived and passed, it is bafflingly humbling.”

Other juniors, including Jacob Roberts, felt that the ring mass has secured a bond within the 2020 class. Jacob Roberts states “The junior class ring mass was an eye-opening experience because it showed how close to graduation we really are. The moment passed quickly, but the effect of the ceremony is more long-lasting.”

The junior class will move onto their senior year at St. Patrick next year and are looking forward to it. The class will now be symbolically shown as the new leadership of the school.

Photos from the Ring Mass can be view here.