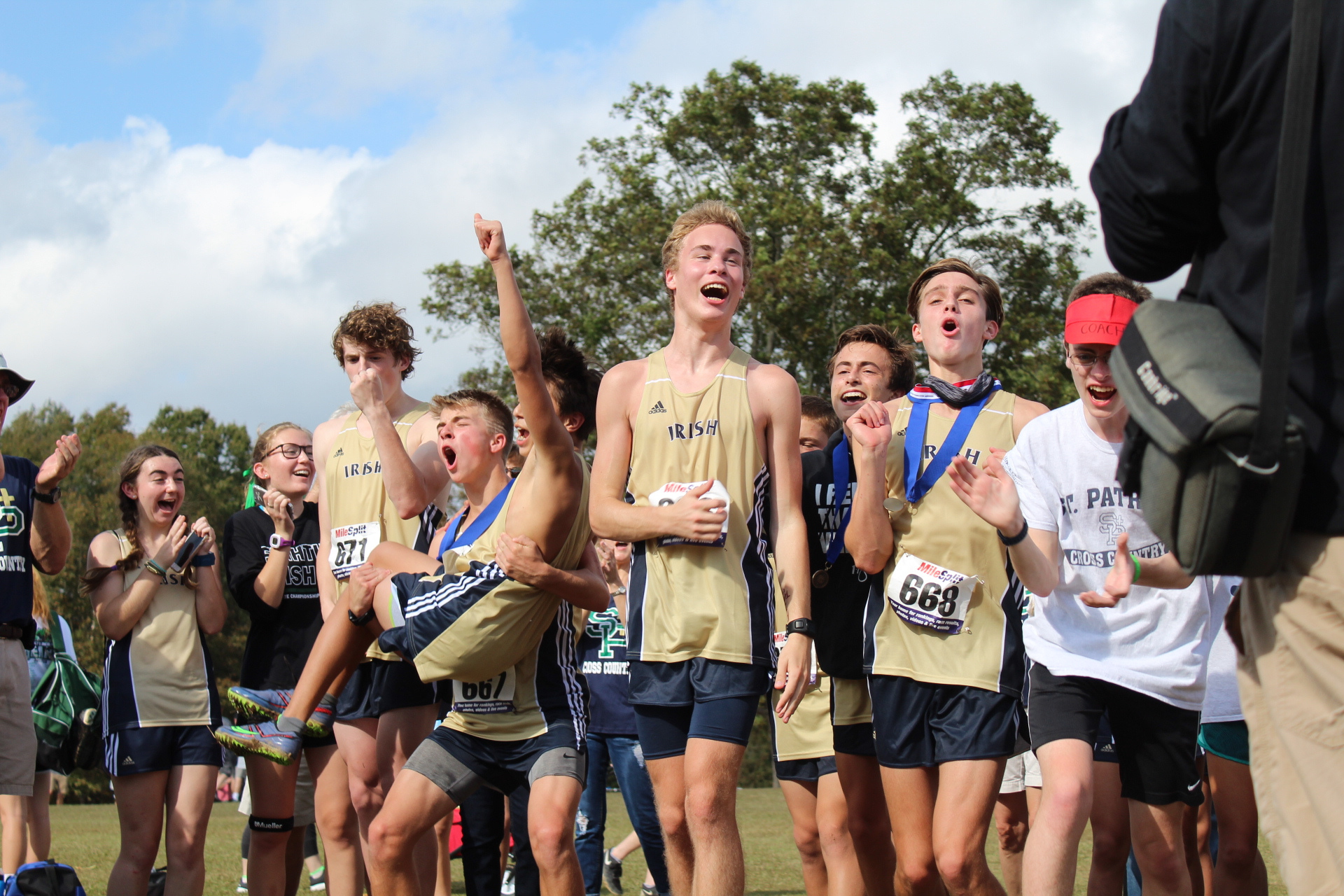 This weekend, your Fighting Irish cross country team took a trip to Clinton, Mississippi to compete in the annual state meet.  After a long season of hard work and dedication, this was the time for these athletes to show what they are made of.  Though the terrain was very rough, the Irish still did outstanding!  The girls team ran first and finished overall in third place!  The girls top five runners were Jordan Pete, Amelie Million, Isabel Leatherman, Gabby Patino, and Quinlan Pisciotta.  The boys team went out and killed it by taking home first place at state!  This is the first state championship ever won by the boy’s cross country team since St. Patrick started up which made it even more worthy of celebration!  The top five finishers for the boys were Cade Meyers, with a second place overall spot, Mason Mccollough, Dylan Middleton, Dominic Patino, and Austin Dossett.  Overall, these athletes were very impressive and are striving to both place first at state next year.  As Coach McDaniel told the Sun Herald, “We just knew with the muddy track, it would come down to a guts race because conditions would be difficult.”  If that was the case, then the Irish sure had the most guts and were well rewarded for it!