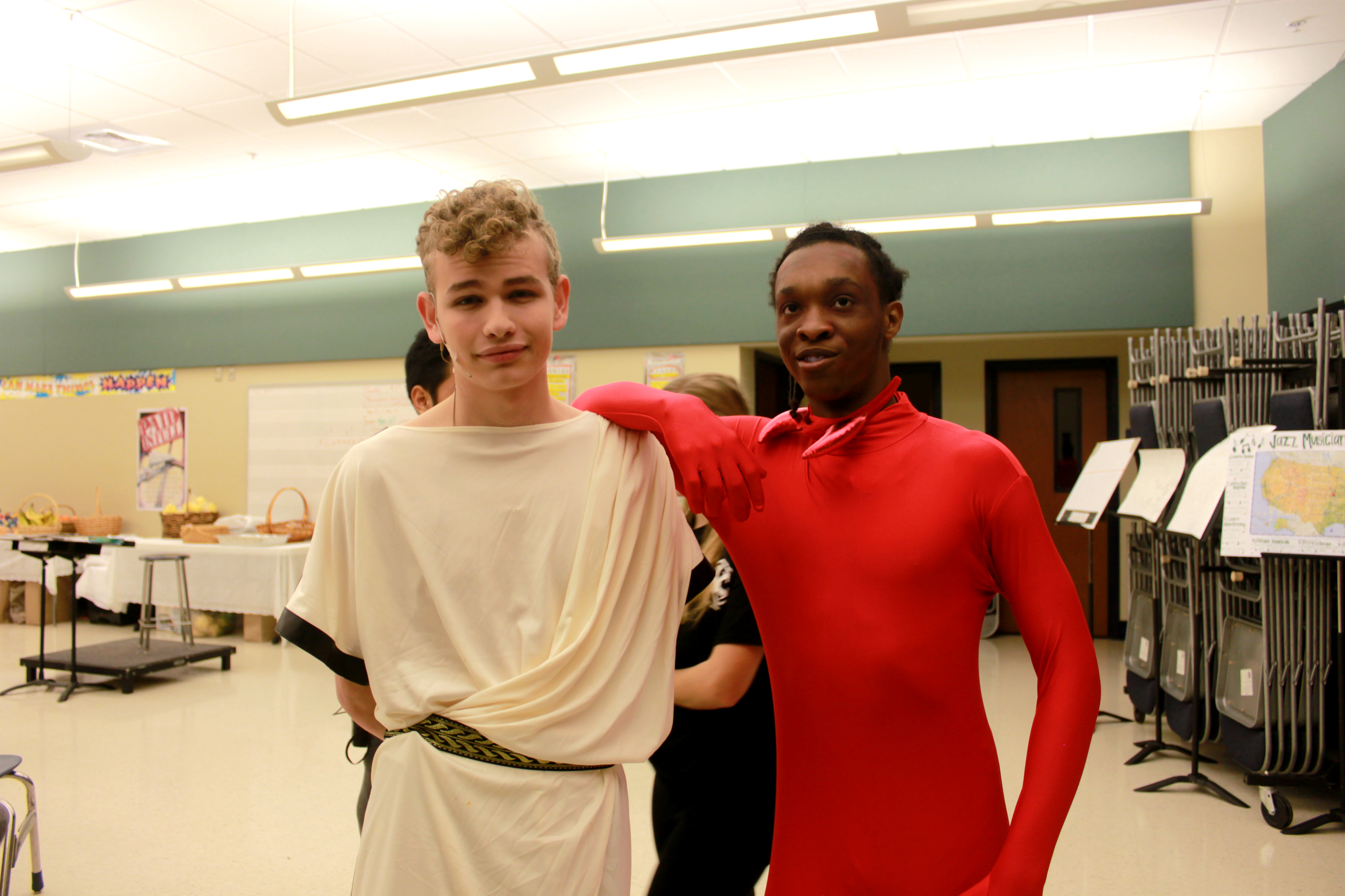 Who put the glad in gladiator? Hercules!  The St. Patrick Catholic High School Drama Guild has created a stage adaptation of the 1997 Disney movie Hercules based on the Greek mythological hero.  The Drama Guild’s spring production is performed in the school’s auditorium. Performances on February 26 and 27 and March 4 and 5 at 6:30 p.m. are open to the public for ten dollars per ticket.

The Drama Guild has put on many plays throughout the years, but this year they have put to together the most ambitious play yet!  While the music and lyrics are by Alan Menken and David Zippel respectively, the Drama Guild adapted the dialogue themselves.  St. Patrick senior, John David Burkhart, wrote the stage adaptation, student directed the production, and plays the part of Hades.  Burkhart said of the production, “Hopefully people will enjoy watching it as much as we enjoyed performing it.”

The cast and crew began working on the spring production in early December 2015.  “We have put a lot of work into this play,” said Joann Pates who plays Photeni, one of the Muses.  In only two months, they had to choreograph dances, block scenes, and create an entire set.  The frequent scene changes require numerous set pieces.  Pates, as a senior, also said, “It has been a lot of fun and memorable for our last show.”

On opening night, the nearly full auditorium gave a rousing applause after every scene.  Burkhart as Hades, Villiman Magee as Pain, and Sawyer Stone as Panic had standout performances.

On Thursday, there was a matinée of Hercules at noon for St. James Elementary School fifth graders.  There will be a special matinée on Wednesday, March 2, for seventh graders at 9:00AM and for eighth graders at noon.

< Click here to view more pictures from the production.