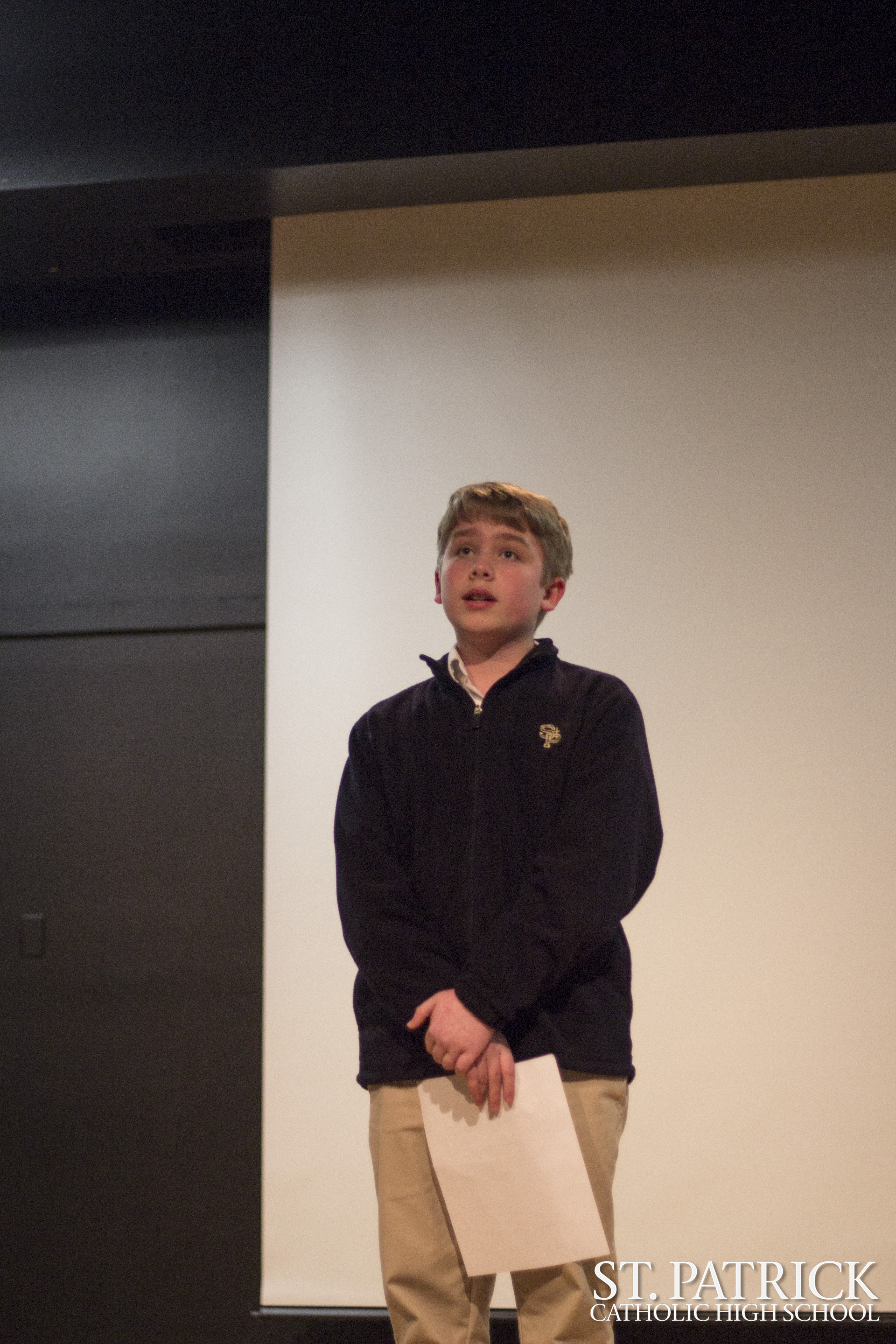 On Thursday, February 8, the St. Patrick Drama Guild held their callback auditions in our auditorium for the spring play, Curtains. The musical is a murder mystery comedy about a detective who inspects a group of murders that occur behind the scenes of Robbin’ Hood, a fictional musical. The callback auditions were held in order to determine who should be cast as a certain role. A general audition was held on Tuesday, February 6, but this second audition helps tremendously in narrowing down the list of students that could fit certain roles. Many of the students that auditioned were fit for the same roles, so it was tough for the judges to decide without these callbacks. To aid our Drama Guild’s sponsor, Mrs. Trahan, in the decision-making process, teachers Ms. Previto and Mr. Creel appeared as judges on the panel. Each of them was given a detailed scoring sheet to help them come to a conclusion for the cast list. After a day of impressive performances and flawless line reciting, the judges were finally able to decide on the cast list for the play. All results are listed on Mrs. Trahan’s door, and they most definitely reflect a great production to come. With such a promising cast, we are all excited to see the performance that our Drama Guild puts on in the spring. Production dates are Friday, April 27, and Saturday, April 28, and we hope to see all of you there to support our students performing as well as the students that assist backstage and with set making.