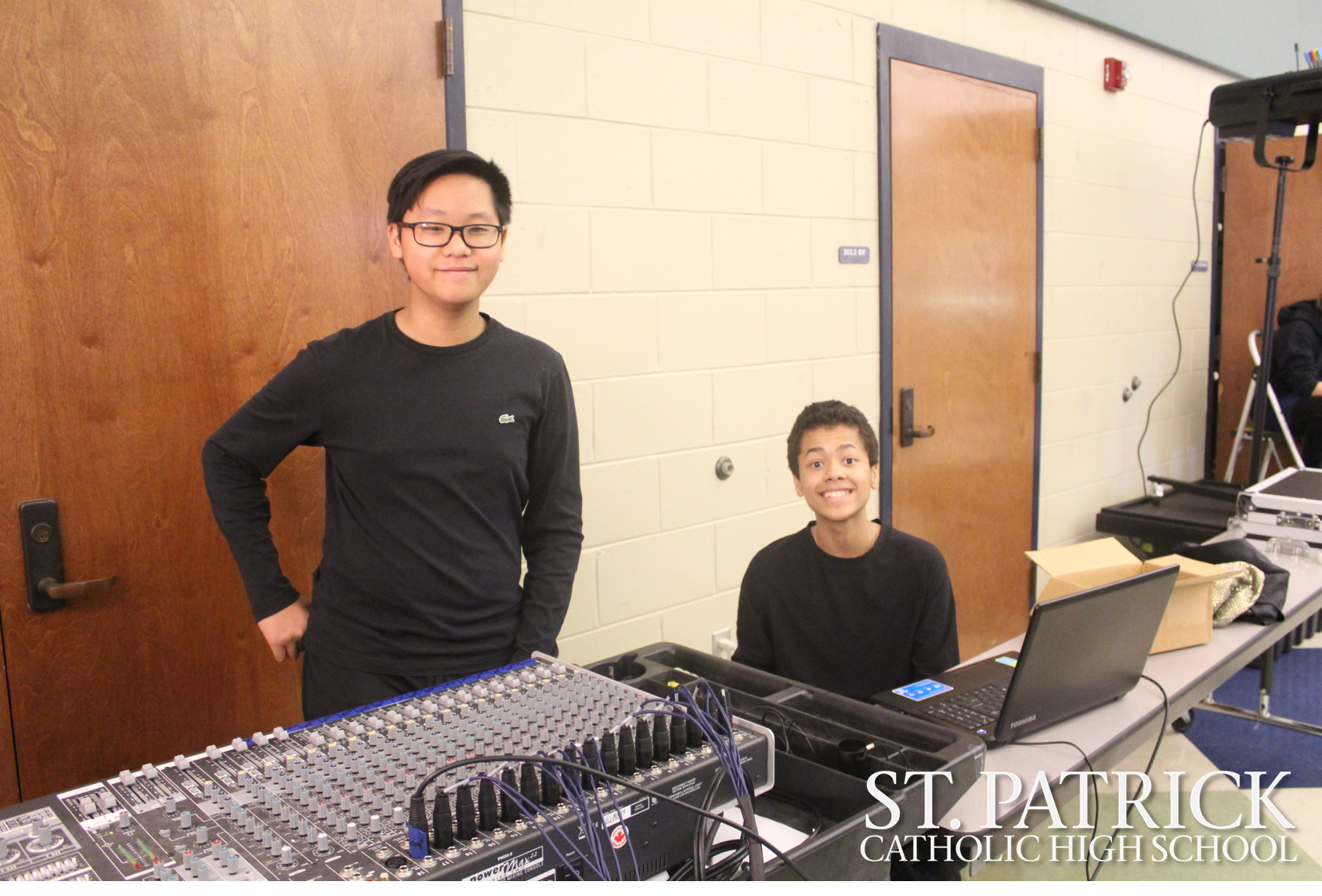 This Thursday, December 7, the Saint Patrick junior high students gathered in the cafeteria for a special treat. That treat was the drama guild performance of the show “Murder in the Heir”. The show, a dinner theater presentation, had been in rehearsal for many months.

“Murder in the Heir” by Billy St. John is an interactive, murder mystery/comedy, dinner theater. Seventh and eighth grade students entered the cafeteria at one o’clock to watch their fellow students perform this exciting story. When the students walked into the cafeteria, they were greeted by a cast member and given a copy of the program.  As they took their seats, students also were given a dessert and drink. The show last approximately two hours.  When the performance was concluded, the students stood and gave a well-deserved round of applause.

The Drama Guild will again perform the show on Saturday at 6:30 and Sunday at 2p.m. for the general public.  The ticket price is $15 and includes a buffet meal.