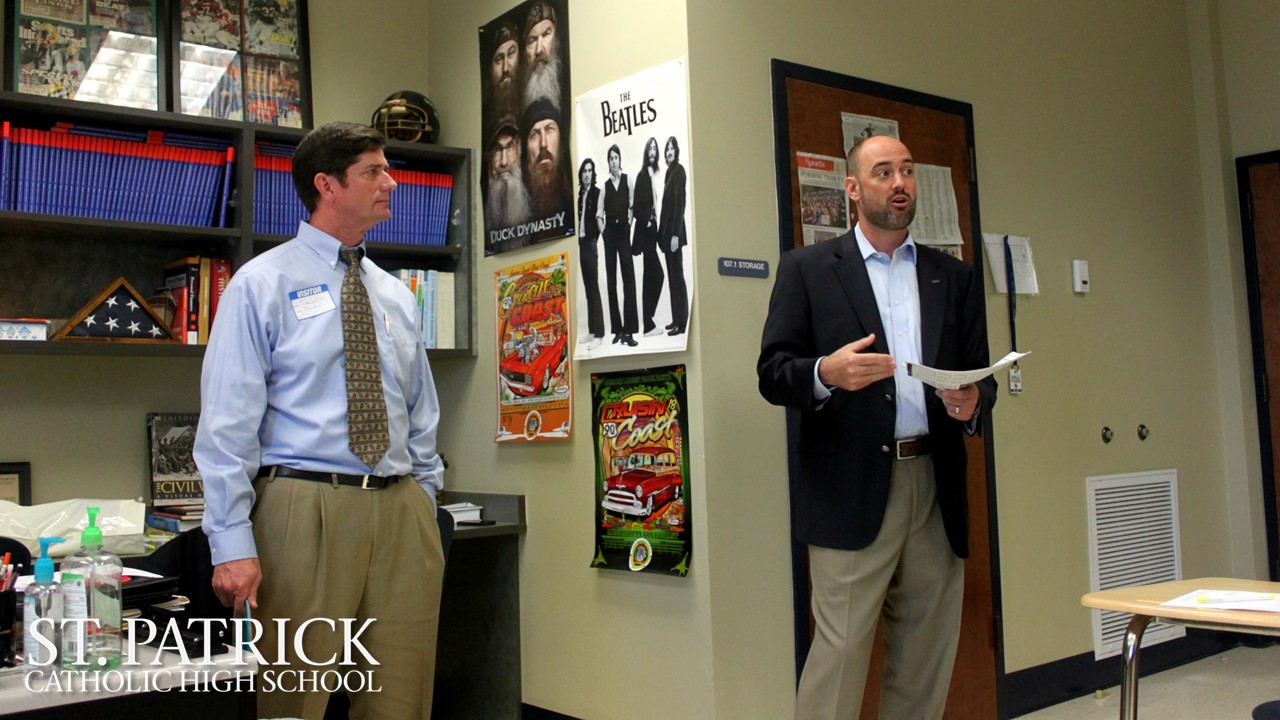 As all things should, Collins and Eleuterius started at the beginning with the creation of banks.  Banks began as a place for people to keep their highly valued belongings and money secure.  Eventually, the banks began to loan gold, the standard for money at the time.

Collins and Eleuterius discussed the importance of only using banks that are Federal Deposit Insurance Corporation (FDIC) certified.  That means that each depositor is insured to at least $250,000 per insured bank.  The two men went on to describe the factors leading to the Great Depression and the Great Recession, and the importance of agencies like the FDIC.

The seniors learned a great deal about the banking process and its importance.