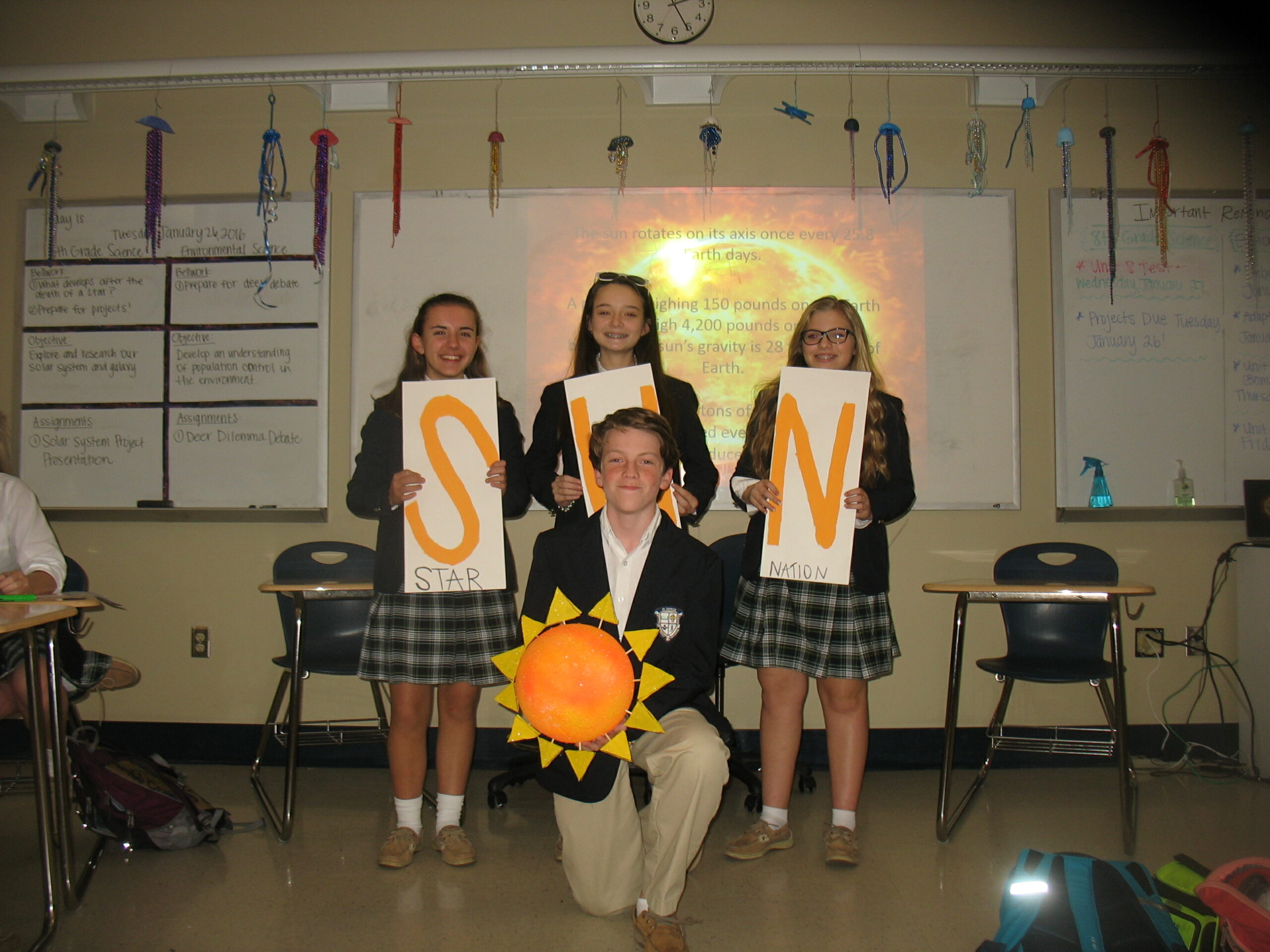 On Tuesday, January 26, Mrs. Quinn’s eighth grade science students participated in a solar system project. The students were put into a groups of three to four students and were assigned a project subject of a planet, comet, asteroid, meteor, or constellation.

The students were tasked with creating a two to three minute newscast presentation which informs the class about a day on that group’s planet, comet, asteroid, meteor, or constellation in the solar system. Their presentation consisted of the group performing a news channel presentation with a news anchor, sports anchor, and weather forecaster. Each student in their group was to practice their newscast script before they performed for the class.

With their scripts, students acted as news anchors teaching the class what the temperatures on their planet or star were, and with creativity, create sports that the people living in that place in the solar system took part in.

The groups of students, with their project subject, also created a model of a planet with styrofoam or paper mâché.  If the students decided to complete their project on a constellation, the group could create a painting onto a ceiling tile to be displayed in Mrs. Quinn’s classroom. Each student spent a great deal of time practicing their newscast script before they performed for the class.

Some groups even wore costumes and accessories that went along with their theme to add creativity. Great job to all of the eighth graders on their solar system projects!