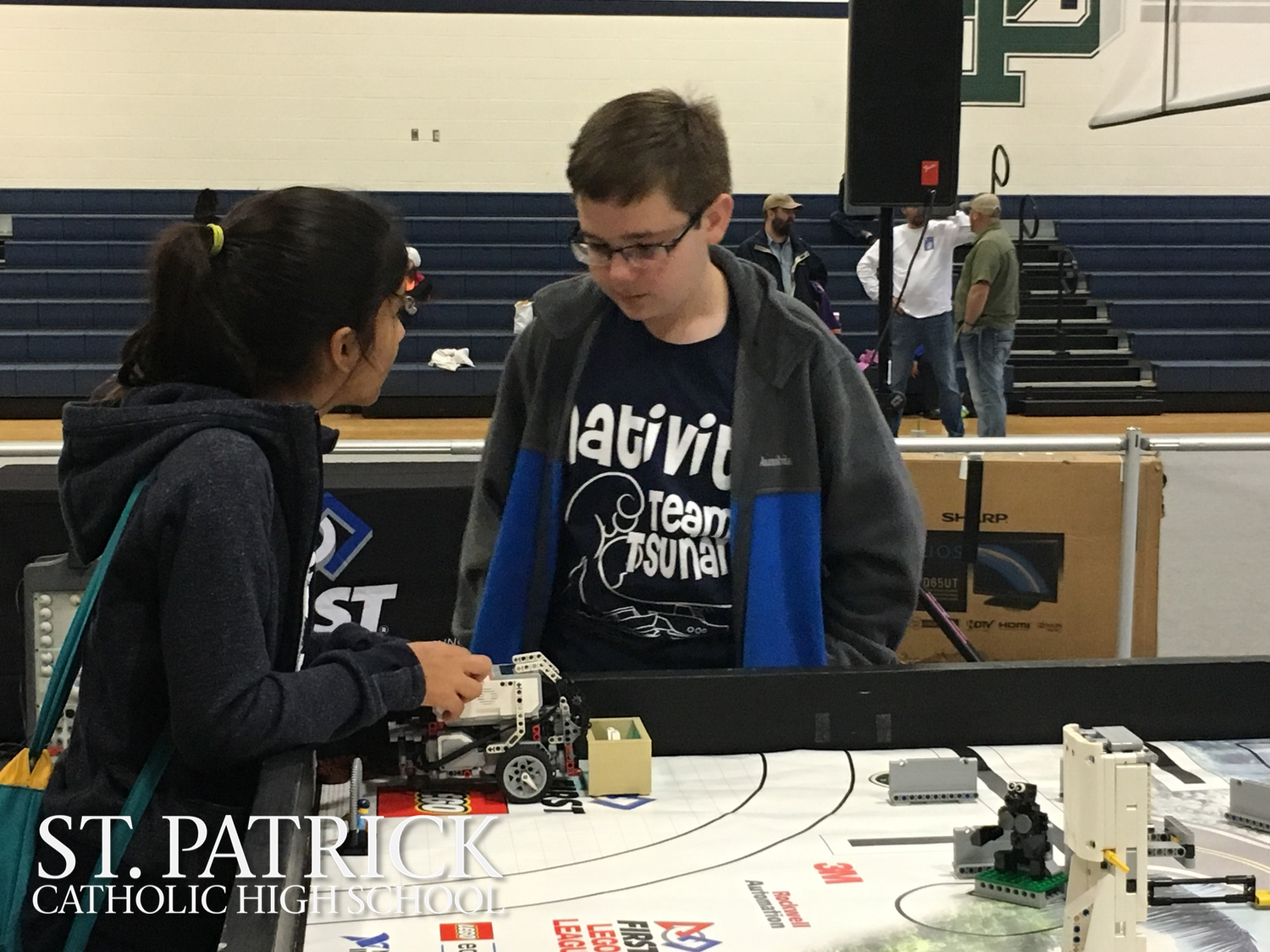 On Saturday December 3, Lego League teams from several elementary schools traveled to St. Patrick High School to compete in the annual Lego League competition.  The teams arrived around 8 a.m. and prepared to participate in robot challenges, core values presentations, project awards, and to have fun!

The Lego League teams began their hard work in August when the topic “Animal Allies” was introduced. The theme encouraged teams to research ways that animals help people and how people can potentially help animals.  Once a team chose their animal related problem, they began to brainstorm a solution by researching information about the topic. They also designed, built, and programmed a robot using LEGO MINDSTORMS® technology and prepared to compete on a table-top playing field.  The Lego League teams also reflected on the “core values” they have utilized in the recent months. Members of our very own St. Patrick Robotics team helped the elementary students by serving as mentors. Senior Sarah Pleasant stated, “It was a really cool experience, not only were the kids learning a lot, but they were also having a lot of fun.”

After months of preparation, the teams were ready for the competition.  Each challenge had three parts: The Robot Challenge, the Project, and the Core Values. In the Robot Challenge, the teams used their programmed robot to score points by doing various tasks on a themed table-top playing field.  The more tasks that the robot preformed, the more points the team scored.  Next, teams presented their projects to a panel of judges by identifying the theme related problem and developing a solution based on the information they had learned.  Finally, the teams presented their Core Values that they have learned throughout the recent months such as teamwork, responsibility, and having fun.

Congratulations to all the Lego League teams who won and will advance to the State Lego League Competition in Vicksburg, Mississippi!