English I classes participate in The Butterfly Project 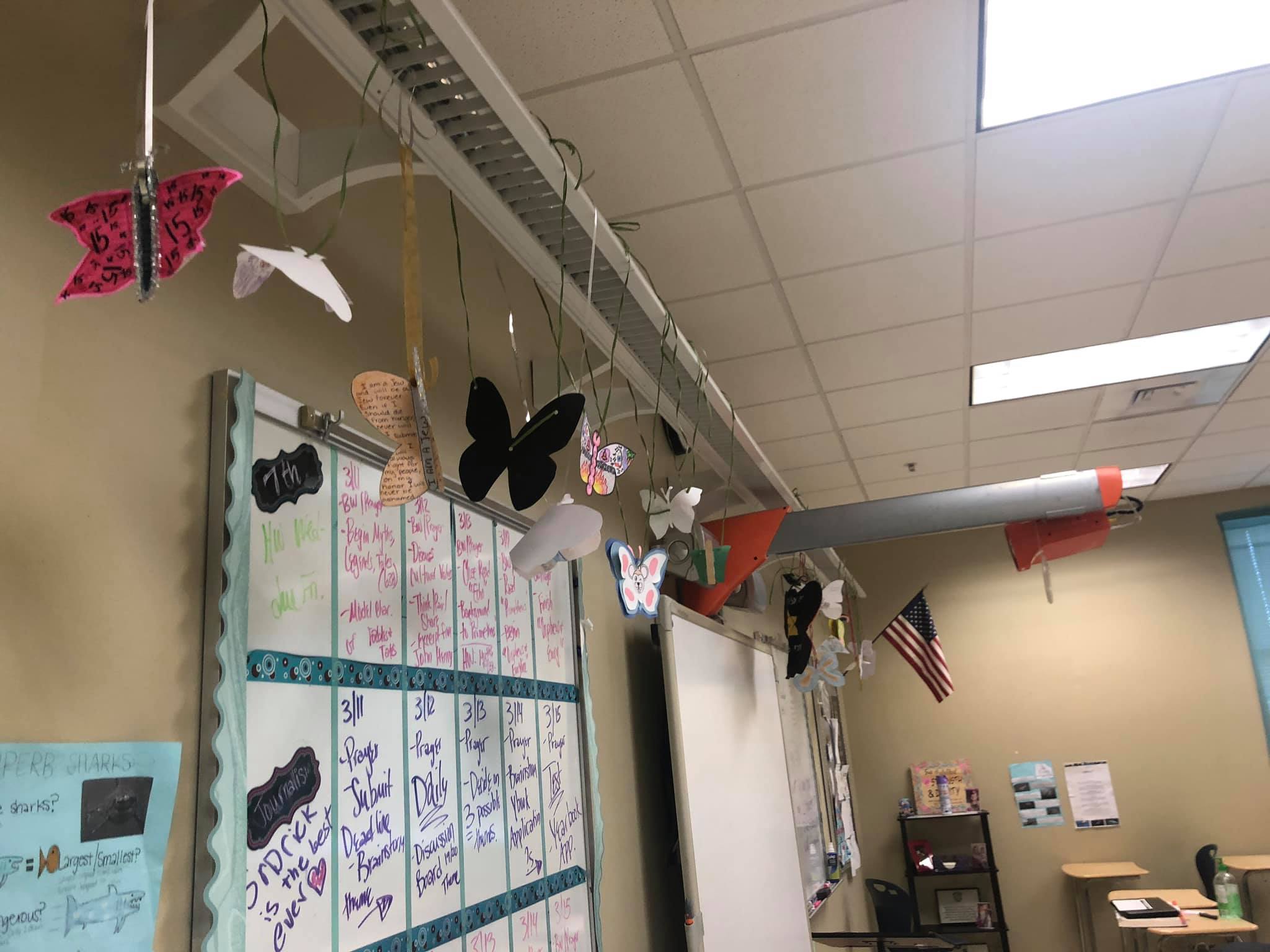 English I classes participate in The Butterfly Project

English I classes are reading Night by Elie Wiesel as part of their nonfiction unit. Night is a memoir of Wiesel, bringing to light his experience as a 15 year old in a concentration camp during the Holocaust.

As a way of helping students to relate to those who went through the Holocaust, and to understand the magnitude of the loss of innocent lives, students have also learned about the children of the Terezin concentration camp. Each student was assigned a poem or artwork by a child that was placed at Terezin during World War II. To make a personal connect to their child, students created a butterfly to represent the poet or artist, using their artwork or poetry as inspiration for their creation.

The butterflies were hung up together, and, as students present an analysis of their poem or artwork, they learn the fate of their child. Of the 15,000 children who were placed at Terezin, many were sent to Auschwitz and killed. Less than 100 of these children survived the Holocaust. After learning the fate of their child, students were asked to cut down their butterfly if their child was a victim of the Holocaust; those that survived were to remain hanging. At the end of presentations, only a handful of the 65 butterflies remained; the others lay respectfully on the floors of Ms. Farragut and Mrs. Buckley’s classrooms.

The idea for this project was inspired by the Holocaust Museum Houston. For more information about the project, click here.

Photos of the project can be found below.