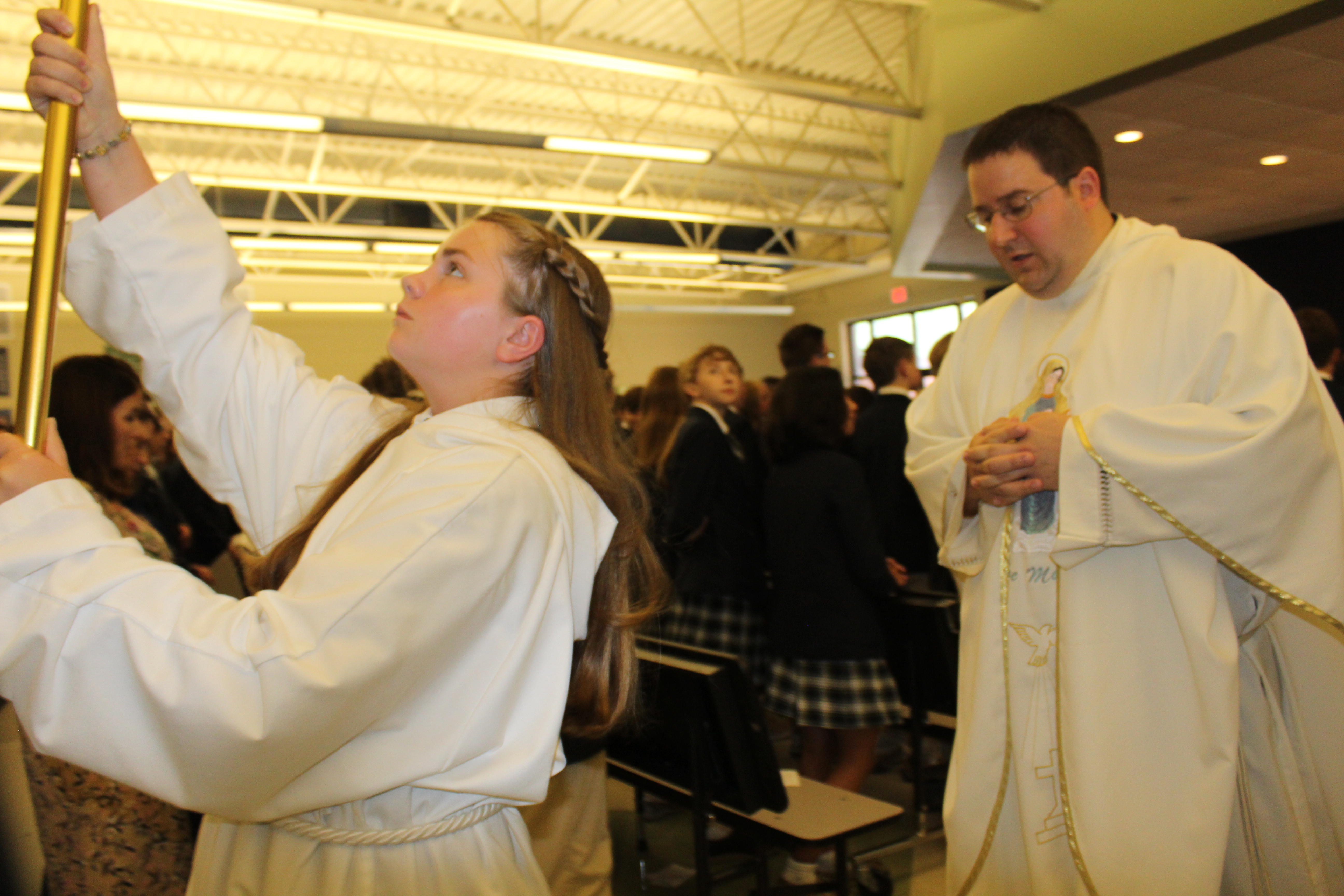 On Wednesday, August 15, St. Patrick Catholic High School celebrated the first schoolwide mass of the year. With Father Ryan McCoy as celebrant, the student body, faculty, and staff commemorated the Solemnity of the Assumption of our Blessed Mother Mary. This day honors Mary entering into heaven, body and soul, at the end of her life on Earth. This doctrine was officially defined by Pope Pius XII in 1950 and has been exercised ever since.

The mass was set up by the Campus Ministry team, with several dedicated volunteers helping throughout, including altar server Claire Wingfield and the Eucharistic ministers. The service was also filled with beautiful hymns contributed by Mrs. Darlene Previto and her music ministry team. The next mass will be held Thursday, August 23, at 9:40, and all parents and guests are welcome to attend.

Senior Maddie Moak is a part of the Campus Ministry team and spoke on why she thinks our masses are important.

By partaking in the mass, we can get the whole student body involved in recognizing Jesus and his great works. This is the foundation that St. Patrick was built on. – Maddie Moak

Photos of the Mass can be viewed here.