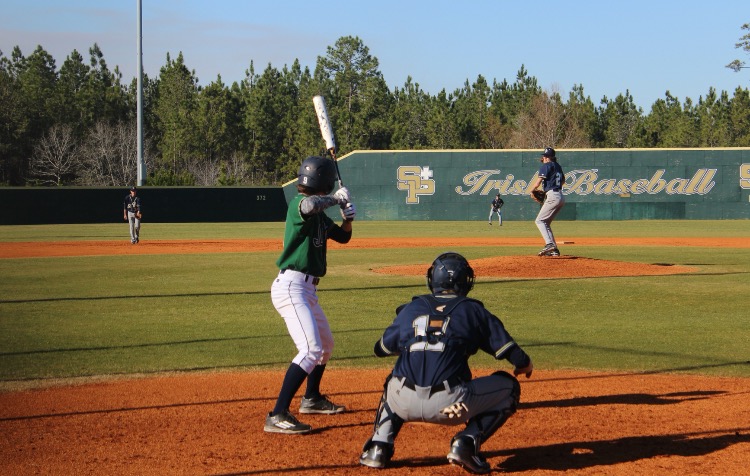 This Saturday, the Fighting Irish baseball team will begin their 2016 as the varsity team plays Biloxi and Resurrection.  The games will be held at Pass Christian with their first game starting at 11:30 a.m.

This year the varsity baseball team has twenty-seven players, including eleven returning seniors; so this should lend itself to be a great season for the Fighting Irish baseball team.  The returning seniors this year are Blaise Butirich, Brennan Gioe, Matt Jones, Addison Falls, Chet Rodrigue, Beau Bratton, Nicholas Filipich, Trace Palazzo, Spencer Sliman, Jamie Luzenburg, and Peter Holland.  They are seven sophomores and six freshmen that are on the team this year.  The Fighting Irish are coached by Coach Eddie Burger and Coach Mike Odenwald; and the team managers are Austin Slater, Jenna Starks, Courtney Ladner, and Braden Fayard.

Senior Chet Rodrigue says of the upcoming season, “I’m pumped to play my last season with my teammates out on the diamond.  We are so ready to bring the school its first baseball state championship.”  Infielder Chris Collins is also excited about what the season has in store and stated, “We have a lot of older kids and everyone has been working hard at practice.  I think we will have a good season this year.”

The junior high will begin their season on Monday, February 29, as the team plays St. Stanislaus at St. Stanislaus.  The junior high team consists of 16 members, six of which are new 7th grade members that were welcomed on to the team.   The new seventh graders are Justin Holder, Wesley Miller, Kane Palazzo, Vincent Pisciotta, Diego Riojas, and Landon Stringer.

Coach Burger says of the team, “We have a lot of seniors who make up the core of the team and a majority of returning players, so this year will be a great year for the Fighting Irish.”