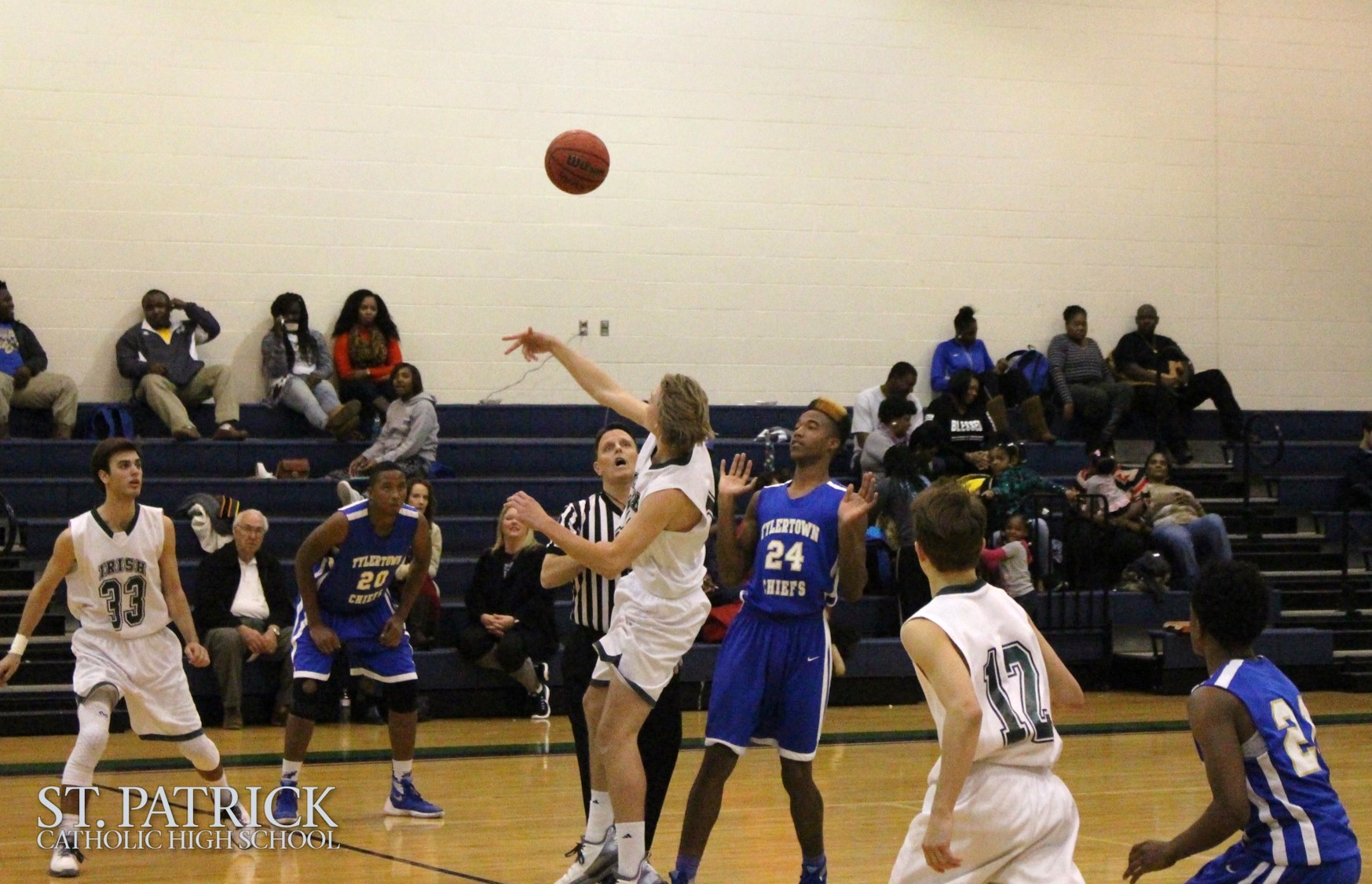 The St. Patrick boys also played a grueling game with a close score. Jack Magandy received a foul against him in the game and made both of his free throws. The Irish scored thirteen points in the first quarter. Tylertown boys scored 18. During the second quarter the Irish pulled through with 11 more points and Tylertown gained 9 more for a score of 27 to 24 with Tylertown leading for the first half of the game. Starting the second half, St. Patrick added 10 points to their score in the third quarter and Tylertown received 12. The Chiefs won another 12 points in the fourth quarter and St. Patrick gained six more. In their conference game Friday night the Fighting Irish ended their game against Tylertown with a close score of 40-51. Tylertown finished the game eleven points ahead of the Fighting Irish.