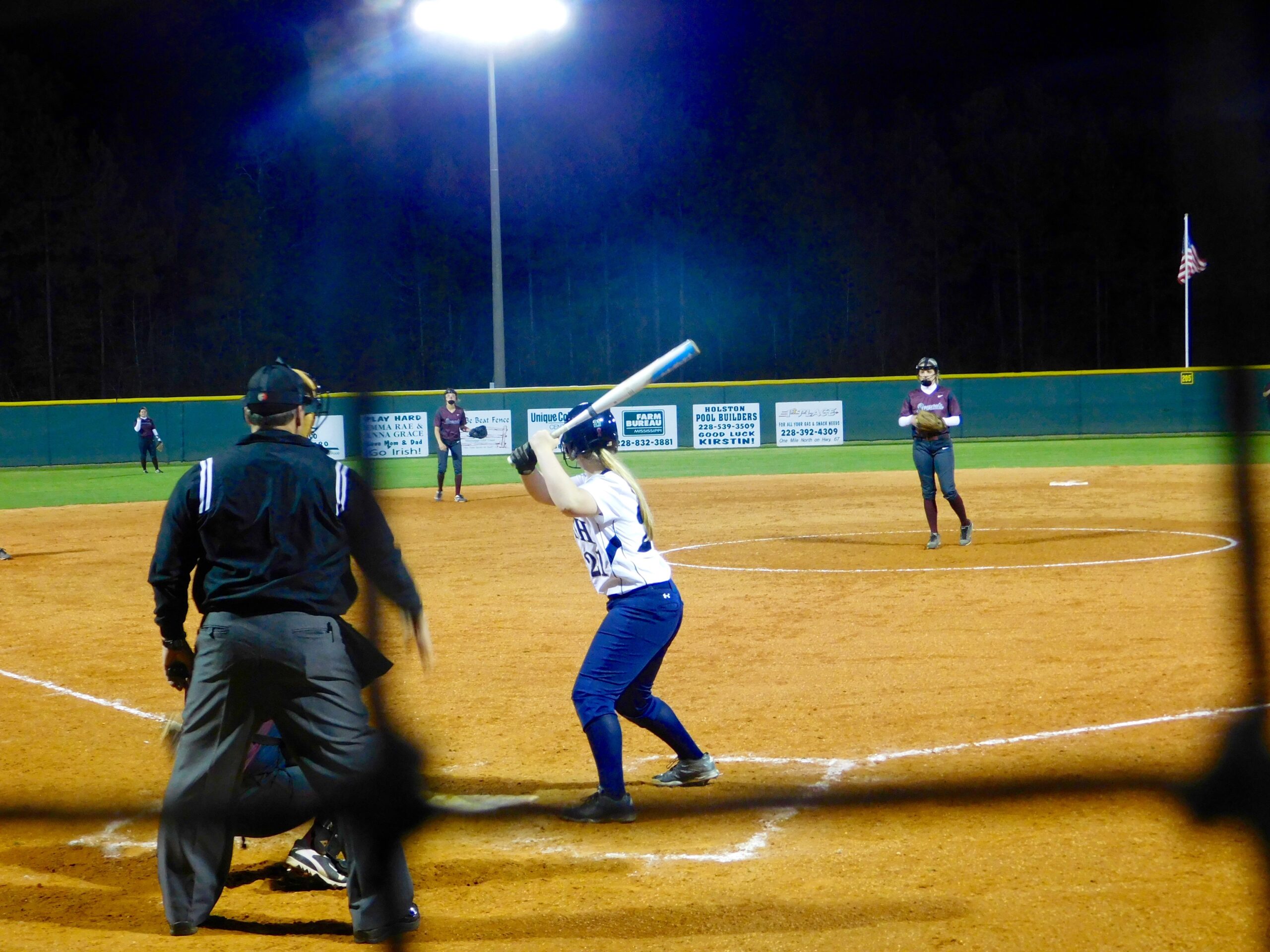 On Tuesday, the first day of March, there were two fast pitch softball games held at the field of St. Patrick Catholic High School. These were the first regular home games of the season. The junior varsity and varsity Irish competed against Long Beach in two interesting games. The junior varsity game ended with a score of two to six with a win for the Lady Bearcats. The varsity game had a score of five to two with the Irish in the lead when the sky opened up, pouring rain onto the field and cancelling the rest of the game.

In the junior varsity game that started at five thirty, there were some great moments from different players despite the win for Long Beach. Olivia Allen, a junior on the team, hit an over the fence home run and Sarah D’aquilla showed skill as she pitched the game. Even though the game was hard fought, the Lady Bearcats solidified the win with a score of six to two.

The varsity game started at seven and began with the Irish trailing behind. Long Beach was up by two in the first inning, but the Irish quickly took the lead in the second inning, adding five points to the scoreboard. Morgan McCrea, Anna D’aquilla, Elizabeth Zorich, Marissa, Raven Blackwell, Raylen Blackwell, and Emma Castanado all had very good hits. Anna D’aquilla also pitched very well, striking out nine players in the beginning of the game. By the fourth inning, the score was five to two with the Irish in the lead. At the bottom of the fourth inning, bad weather started to roll in so the game was stopped. It is said that the team will finish the game the sixteenth of March.

Olivia Allen, a junior player, commented on the performance of the team and the game overall. “We weren’t hitting as well as we could have been, but as the game continued we began to get used to the pitcher and started doing a lot better! If the game would have continued, I believe we would’ve been able to elevate the score a lot more.”

Come and support the Irish softball team in the rest of their exciting season!