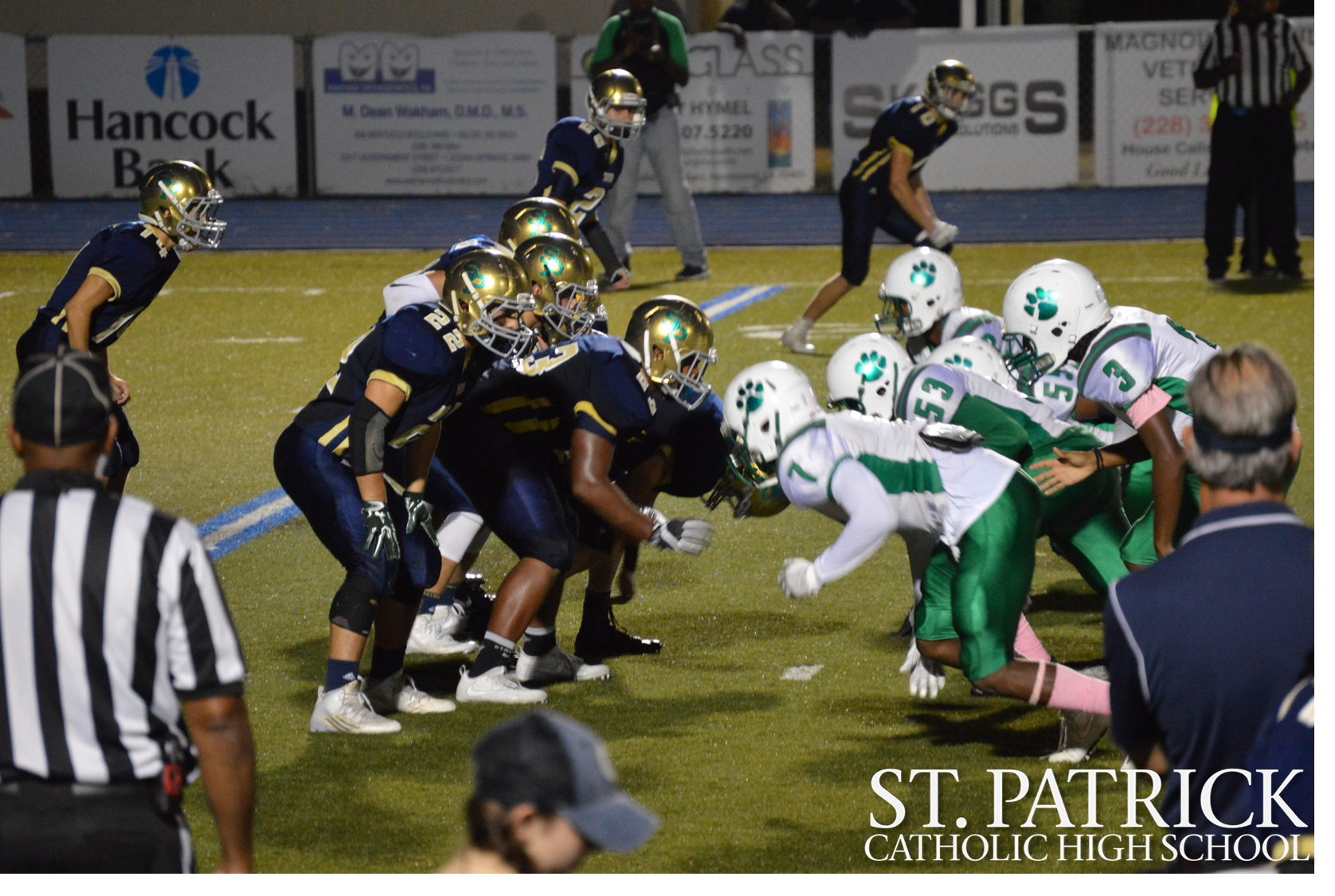 The St. Patrick Fighting Irish football team played their final game of the season Friday, October 27, against the Collins Tigers. The Fighting Irish fought hard and did not give up.  Even though they did not win, the Irish finished the game with a score of 2-34.  The team had a great season with a strong dedication and commitment to turn their reputation around!  The Irish’s last game was played on their home field Friday surrounded by cheering fans.

Irish fans were introduced to the senior football player, cheerleaders, dance team, band, and cross country members before their last game of their high school career.  The students’ accomplishments and future plans were shared with the audience before the start of the last St. Patrick football game of 2017.

At halftime, the Pride of St. Patrick Band and the Irish Emeralds dance team performed.  The band dedicated their show to all the service men and women of America.  They started off playing the five service songs, then the playing of America the Beautiful.  The band concluded their show with the St. Patrick Fight Song.

The Fighting Irish Football team played hard not only in this game but throughout their season.  The Irish broke their streak and ended their season 3-7.  Go Irish!