Fighting Irish has a memorable Homecoming victory against Sacred Heart 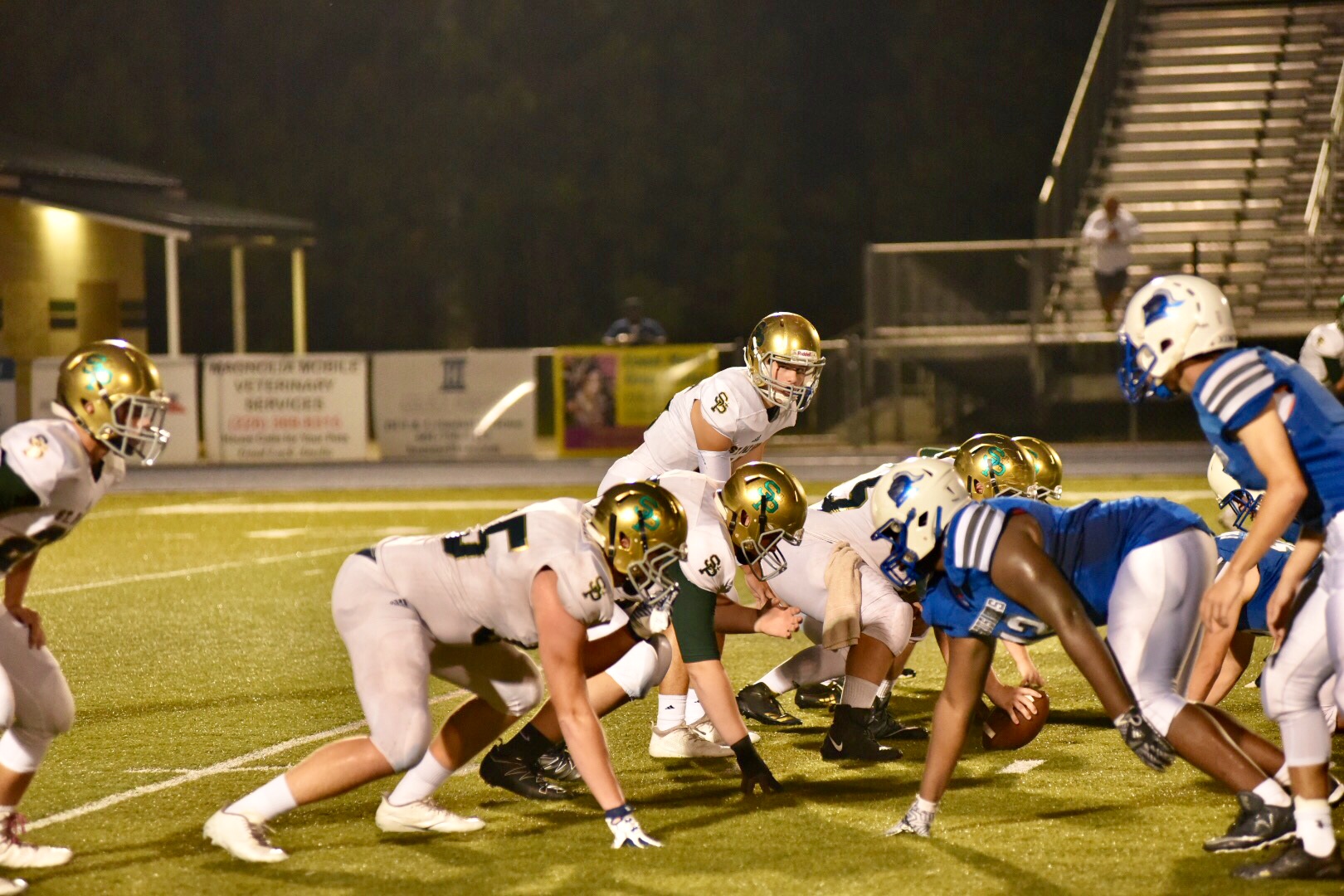 Fighting Irish has a memorable Homecoming victory against Sacred Heart

St. Patrick Catholic High School had its Homecoming game on September 14, 2018. The Fighting Irish won 39-21 over the Sacred Heart Crusaders from Hattiesburg. The game did not start until around 8:30 p.m. due to weather and lightning delays, but the students and families stayed and supported their team!

There was a pre-game tailgate in the field parking lot where students and families enjoyed good food and made more Homecoming Week memories. The game was considered a “complete game” statistically according to Official Varsity Football Stats Reporter Aaron Hommell. Bricen Rivers, senior, lead the team in rushing yards with 132 yards on 21 carries with a touchdown. Offensively, the Irish totaled 425 yards of offense: 279 yards rushing and another 146 through the air. The quarterback, Adam Ritter, had 21 rushing yards and got two touchdowns. Sadly, SrDrick Taylor, freshman, had bad cramps a majority of the game but still played well and managed to score a touchdown. Presley Harrison was only able to play the fourth quarter but scored a touchdown for the Irish. Chris Collins had a 90-yard reception and snagged 4 passes.

The crowded stands were excited throughout the entire game and were hyping the players up. Since this was the Homecoming game, the Homecoming Court was presented at half time and the queen was announced. It was a very special moment for Grace McLoughlin and her family. The band showcased another great performance at the beginning of the game, which put everyone in a good and joyous mood. St. Patrick Catholic High School’s eleventh homecoming game and week was a major success as always and makes everyone look forward to it every year!

Story by Gracie Davenport and statistics provided by Aaron Hommell