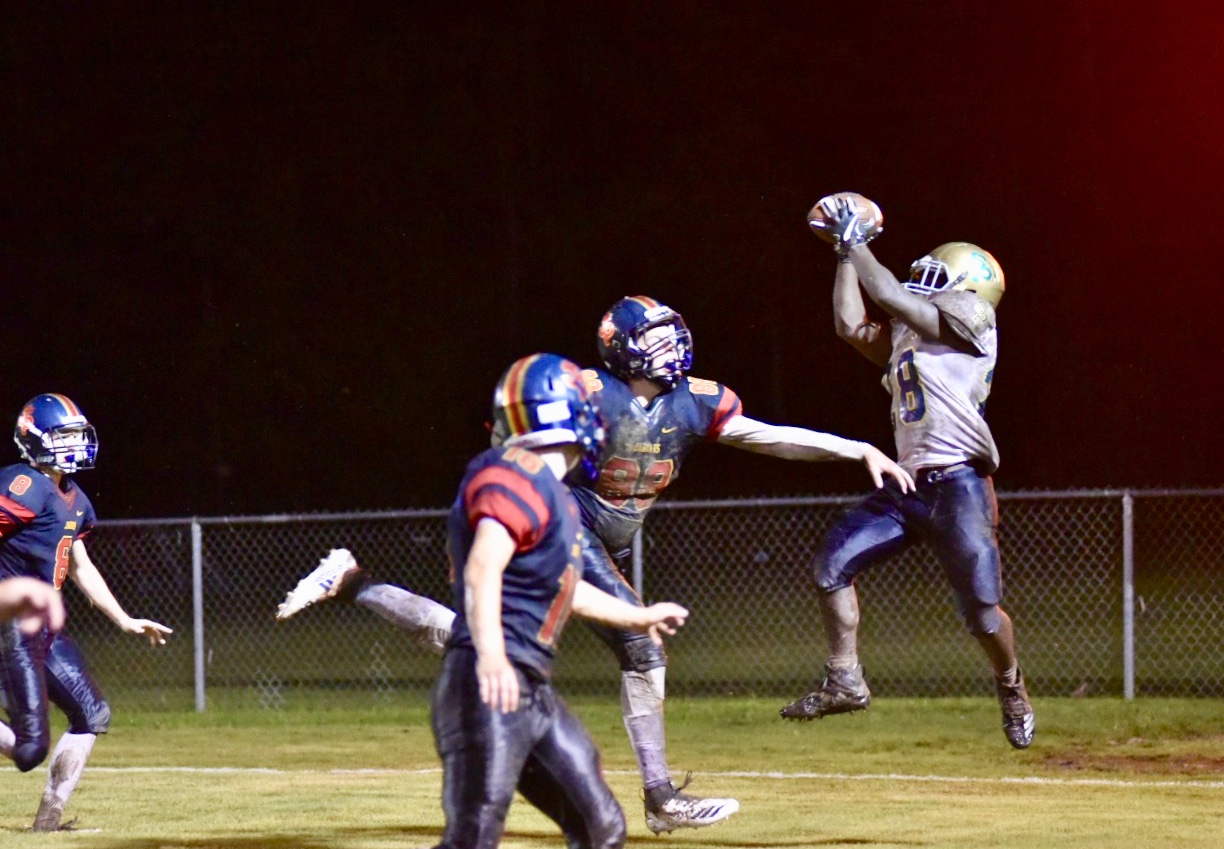 The St. Patrick football team traveled to Slidell, Louisiana this past Friday to play against Pope John Paul II High School, ending in a 17-6 loss. The Fighting Irish were previously 2-0 in the first games of the season, a historic event, that was unfortunately cut short as the team was unable to continue the winning streak. The sloppy field and injured players resulted in a downfall for the Irish, with the lone touchdown and only score by senior Chris Collins.

The Irish never really got things going on the offensive side of the ball and were limited due to the turnovers. The total offense only amounted to 96 yards, contributed by Srdrick Taylor, Bricen Rivers, and Adam Ritter. Ritter threw two for six and netted 18 yards with a 12 yard pass to Taylor and a six yard pass to Rivers. Taylor led all rushers with 49 yards, followed by Rivers and Ritter with 19 and 10 yards a piece.

The Irish are now 2-1 on the season but are working hard to prepare for the Homecoming game this Friday, September 14, against Sacred Heart. Come out and support the Fighting Irish at 7 p.m. as Sacred Heart travels to the St. Patrick campus.