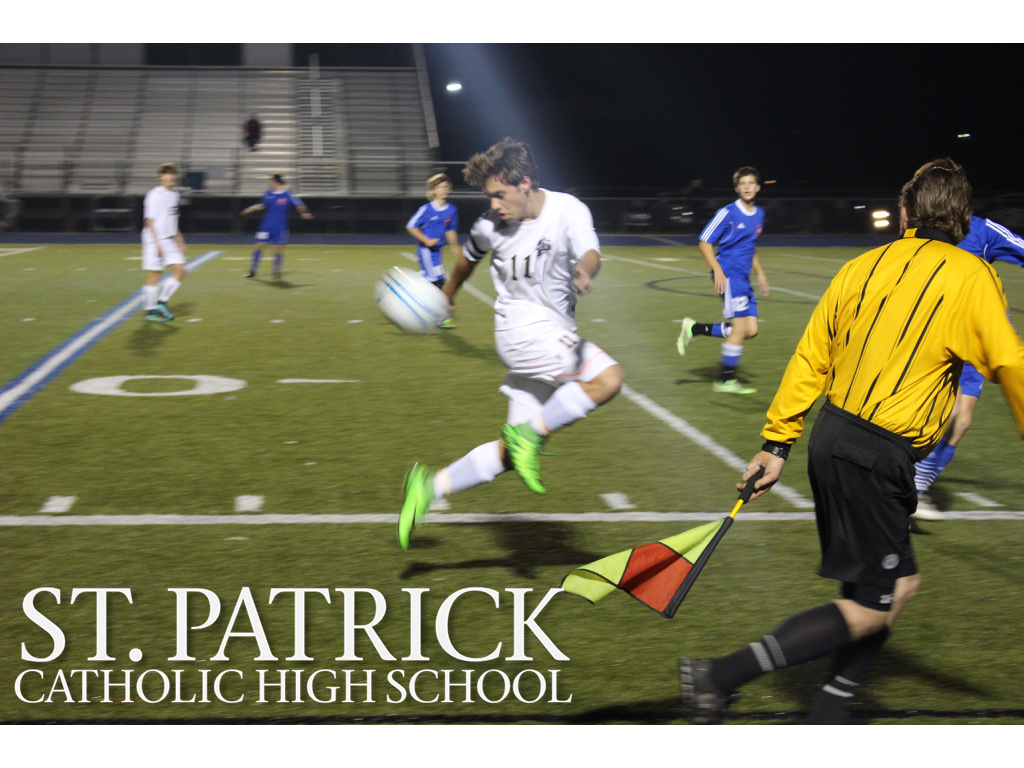 On Tuesday night, the boys’ and girls’ varsity soccer teams played at home against the Pass Christian Pirates.  The boys’ team came out struggling in the first half with only one goal scored by senior Michael Escobar.  The Fighting Irish, however, came out with a high-powered offense with Escobar scoring two more goals, and sophomore Tyler Musial and junior Eiland Stebly both had hat tricks as well.  Junior Evan Chubb also scored in the second half, ending the game with the Fighting Irish winning 8-0.  The Irish defense showed little power in the first half but came out swinging in the second half.  Sophomore Ryan Hymel made a spectacular finger tip save on Pass Christian’s offense in the second half. Senior Michael Escobar said of the game, “Pass Christian has always been a good team and we wanted our revenge.  We got it and we are willing to do whatever it takes to go undefeated this season.”  Junior J.R. Riojas also agreed, “We played a tough game in the first half, but we played more as a team and got the win.  We have a lot of heart and won’t give up easily.”  The Fighting Irish will return home Thursday night to face the D’Iberville Warriors.  Students are reminded that all home athletic games are free to attend if you present your student ID to the ticket stand.  For more information on the soccer program, contact Mario Camps or Victoria Williams.

Religion students answered the call for help when