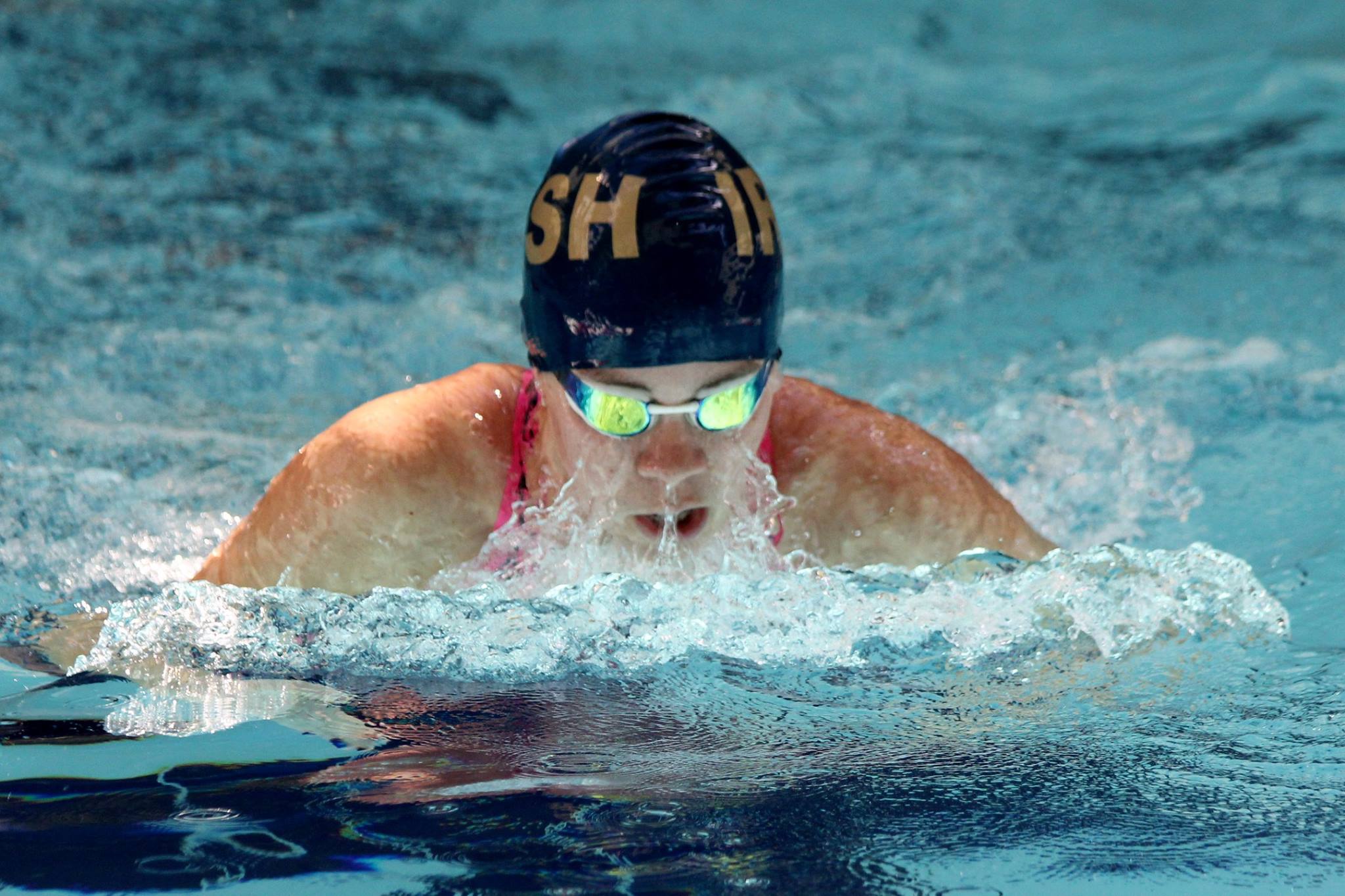 The Fighting Irish swim team had an awesome state championship meet in Tupelo on Saturday.

Saturday night finals were full of excitement. Competition started with the 200 medley relays. Both girls and boys medley relays finished in fourth place, then in a heartbreaking turn of events, our girls relay was disqualified for a stroke infraction. They turned their disappointment to resolve and Madison Gillam swam a powerful 200 Freestyle to her fastest time of 2:17 and a sixth place finish. Annie Torp followed Madison with a PR in the 100 FLY and a seventh place finish. Not to be outdone by her younger sister, Jeanne Torp powered from behind for a bronze medal finish and a PR in the 100 Freestyle and a fourth place finish with a PR in the 100 Backstroke. Laurie Pisciotta outdid herself with PRs and bronze medal finishes in the 50 Freestyle and 100 Breaststroke. Seniors, Jeanne, Madison and Laurie, along with little sis Annie, swam to a bronze medal finish and a school record in the 200 Freestyle Relay.

Our boys team stayed focused after the medley relay and outperformed themselves all around. Clayton Stoddard finished sixth overall in the 200 IM while teammate Christian McKee fought off all contenders and swam to a gold medal finish in the IM. Sam Hewes dropped time from preliminaries to finals in the 100 Freestyle, and finished fifth. Jack McKee swam PRs in both the 50 Freestyle and 100 Butterfly, and finished sixth in both events. Will McMackin swam his fastest 500 Freestyle ever and finished eighth in finals. Christian McKee jumped back in and swam to a fourth place 100 Backstroke finish. And in a very pleasant surprise, brand new swimmer Chase Vivian finished seventh in the 100 Breast Stroke at State! Our boys 400 Freestyle relay of Will McMackin, Matt Bisner, Chase Vivian and Stephen Azar swam with razor sharp exchanges for their fastest time ever. They finished eighth overall. Our boys 200 Freestyle relay of Sam Hewes, Jack McKee, Clayton Stoddard and Christian McKee swam powerfully to a school record time, and third place finish. In a stunning turn of events, they were called up to receive the silver medal for second place after arch-rival St. Stanislaus suffered a disqualification of their own.

Our boys team finished fifth at State and our girls finished sixth. Congratulations Irish swimmers for a fabulous season and a job well done!