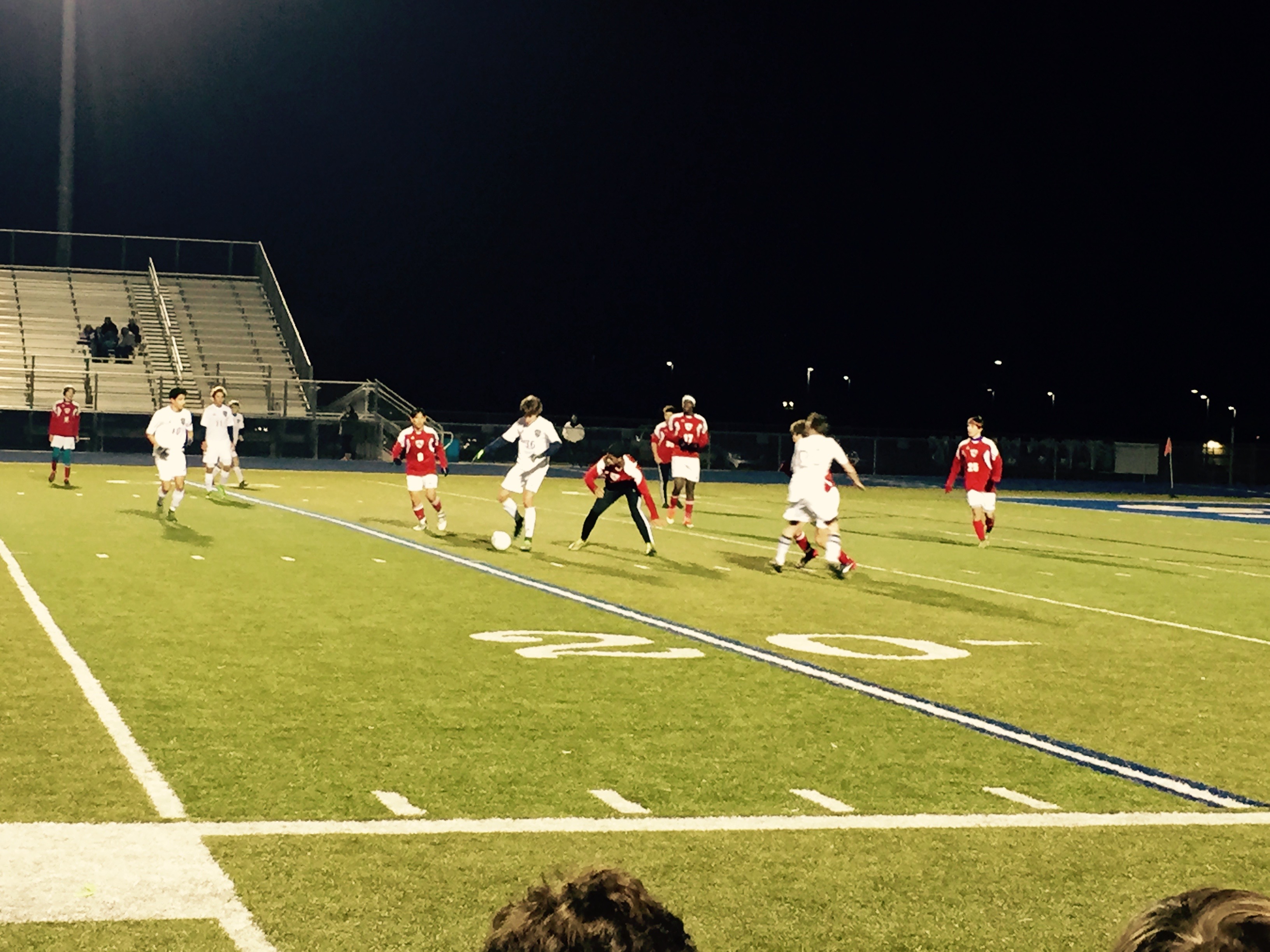 On the icy night of Tuesday, January 19, there were two varsity soccer games played at the field of St. Patrick Catholic High School. The boys and girls varsity teams competed against Pascagoula in two epic games. The hard fought varsity girls’ game ended with the score frozen at zero to zero. The boys dominated Pascagoula with three for the Irish and one for Pascagoula.

This night started with the recognition of the seniors on both the girls and boys varsity teams. Senior players on the girls’ team include Erin Jackson, Courtney Ladner, and Skylar Trosclair. The boy seniors include Tyler Barton, Juan Carreon, Mike Escobar, Peter Holland, Eric Million, and Ryan Poukner. The athletes were congratulated on their years of playing, and recognized for their unwavering hard work.

There were fans, parents, and other athletes in the stands ready to cheer on their team despite the chilling temperature. The varsity girls’ game started at five thirty and began with the teams being evenly matched and no goals being made. There was a close goal by number six from the Fighting Irish, but the score still remained zero to zero. There were also some great corner kick attempts by senior, Erin Jackson. The teams both played very hard and showed determination. At the end of the game, the score remained zero to zero, ending with a tie.

The varsity boys’ game started out with a great goal by the Irish within the first ten minutes of the game. The boys continue to run up and down the field, and then Pascagoula makes a goal with twenty-six minutes left in the first half. The Irish didn’t let this equivalent score last long because Eiland Stebly countered with a great goal at the end of the first half! The end of the first half had the score standing at two for the Irish and one for Pascagoula. After the break between the halves was over, the guys ran onto the field to continue their domination over the team from Pascagoula. Stebly again made a goal in the beginning of the second half, leaving the score as three for the Irish and one for Pascagoula. The rest of the game was played well and the ending score was three to one with a victory for the Irish!

Eiland Stebly, a junior on the varsity guys team commented, “This game was a good team performance and a great way to prepare for the playoffs. If we continue to play as a team, we can do great things. Thank you to everyone who came to watch!” The boys’ varsity team will continue to the playoffs; come support them in their journey to victory!