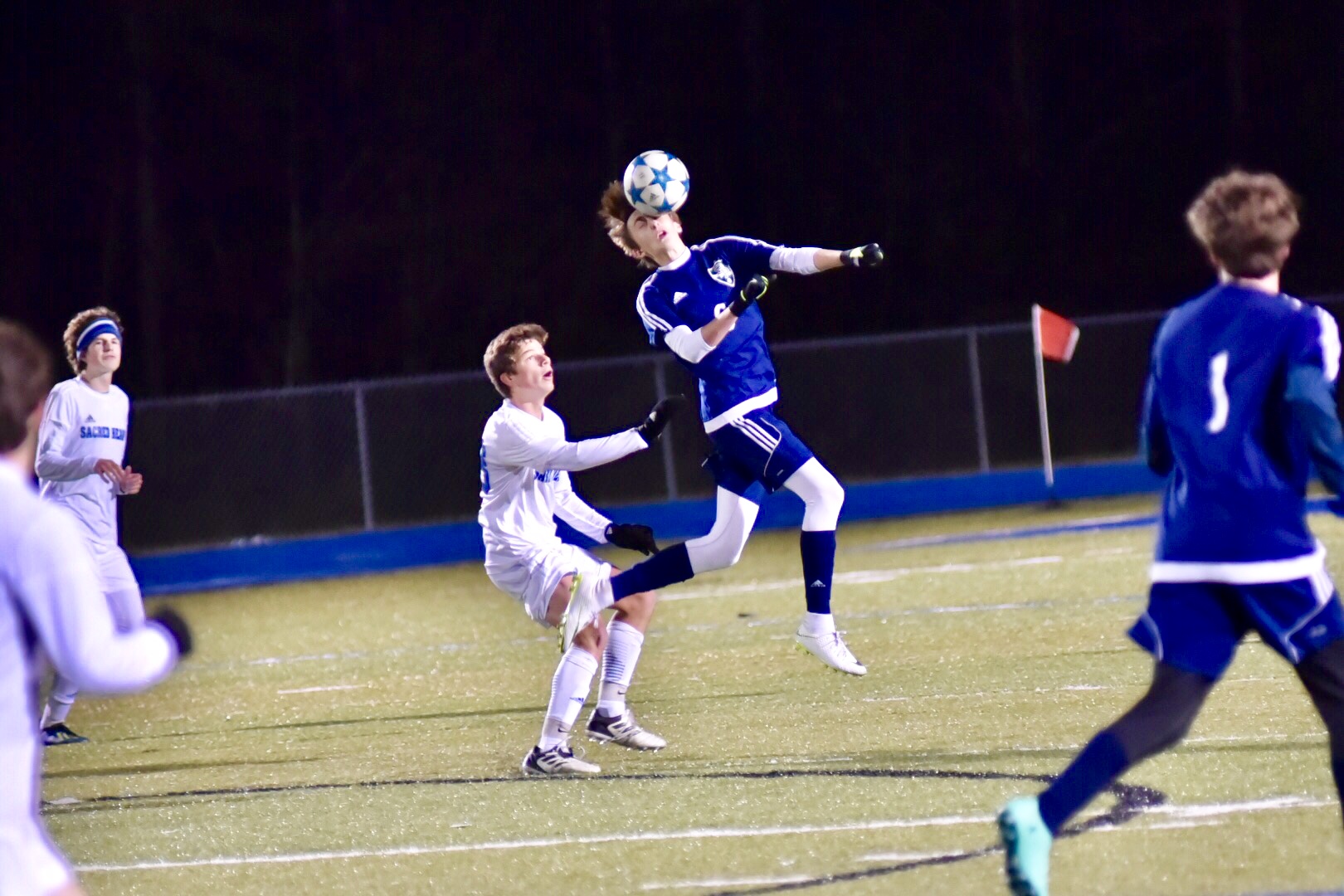 On Monday, December 10, the varsity men’s and women’s soccer teams battled Sacred Heart in the first district game of the season. The women’s game started at 5:30 and the men’s at 7:00. The Lady Irish had a good start with scoring the first goal of the game, but they fell short with the final score of 3-2. The Fighting Irish had an exciting start with Chad Hudson scoring the first goal of the game. After halftime, Sacred Heart scored tying the game up. Chris Collins scored the second goal with only a couple of minutes left in the game. The final score was 2-1.

One of the men’s team captains, Ricardo Quintana, said, “It was great to get a win in our first district game against a tough team. Our team played really well, and we made the best out of our opportunities on goal. It was a great game to play in.“

A player from the women’s team, Amelie Million, said, “Although we fell short, we played hard and we’re very competitive and will continue to improve with every game.“

The next home game is Friday, December 14, against Perry Central with the Lady Irish starting at 5:30 and the Fighting Irish at 7:00, so come out and support the teams!

Photos from the game can be viewed below.

More galleries by Allan Ritter can be found linked below!