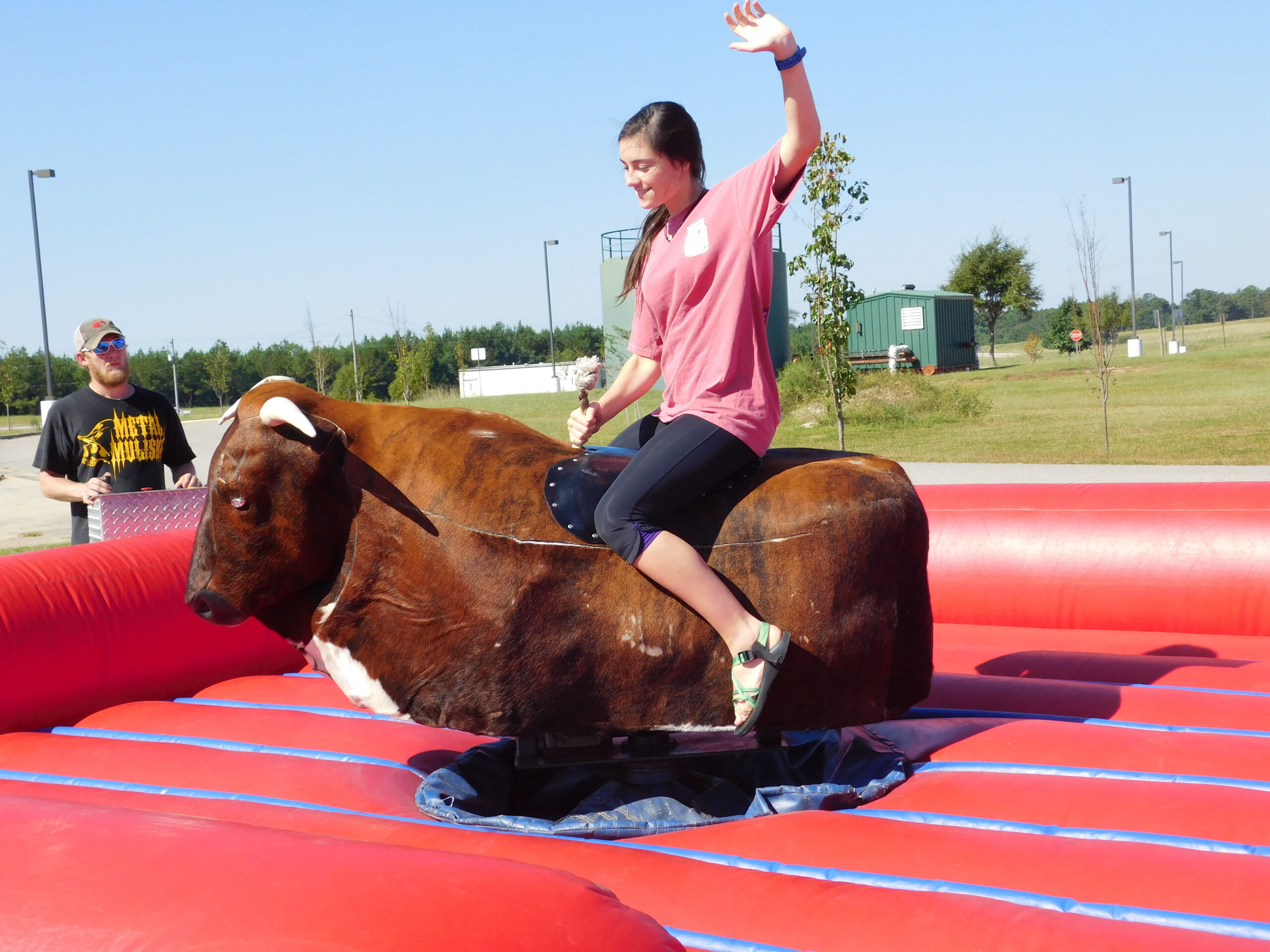 This past Saturday, St. Patrick held the first annual Fighting Irish Homecoming Festival from 10 a.m. to 6 p.m.  Door prizes were displayed as visitors bought armbands at the entry.  There were booths set up by different clubs and sports at our school.  Students gained service hours for working at a booth.  The festival also included an athletic draw down, classic car show, car wash, silent auction, great food and drinks, and games.  The Science Honor Society sold donuts, coffee, and Dippin’ Dots to raise money for their club.  Robotics sold hamburgers, hot dogs, pizza, and fried fish combo plates.  Big Buddies, National Honor Society, Dance Team, and other clubs also had a booth or game set up to occupy visitors.

Many people found their inner cowboy or cowgirl on the mechanical bull ride.  Others at the festival were challenged on the moving inflatable rides.  Friends even sunk each other at the dunking booth.  The junior class set up a booth that sold candy and drinks to raise money for prom.

Sofia Cooper said, “The Fighting Irish Homecoming Festival was a successful kickoff to homecoming week, and with all of the money the junior booth raised, our prom will be well funded.”

The varsity cheer squad brought cakes for the cake walk.  The dance team held a Wii “Just Dance” competition for the festival entrees.  There was even a truck full of TV’s that featured video games for people to compete with each other against.  Those who featured their classic car were given a t-shirt designed by St. Patrick.

Thanks to everyone who came out to support our school at the festival this weekend.  St. Patrick is looking forward to a fun and exciting homecoming week ahead.