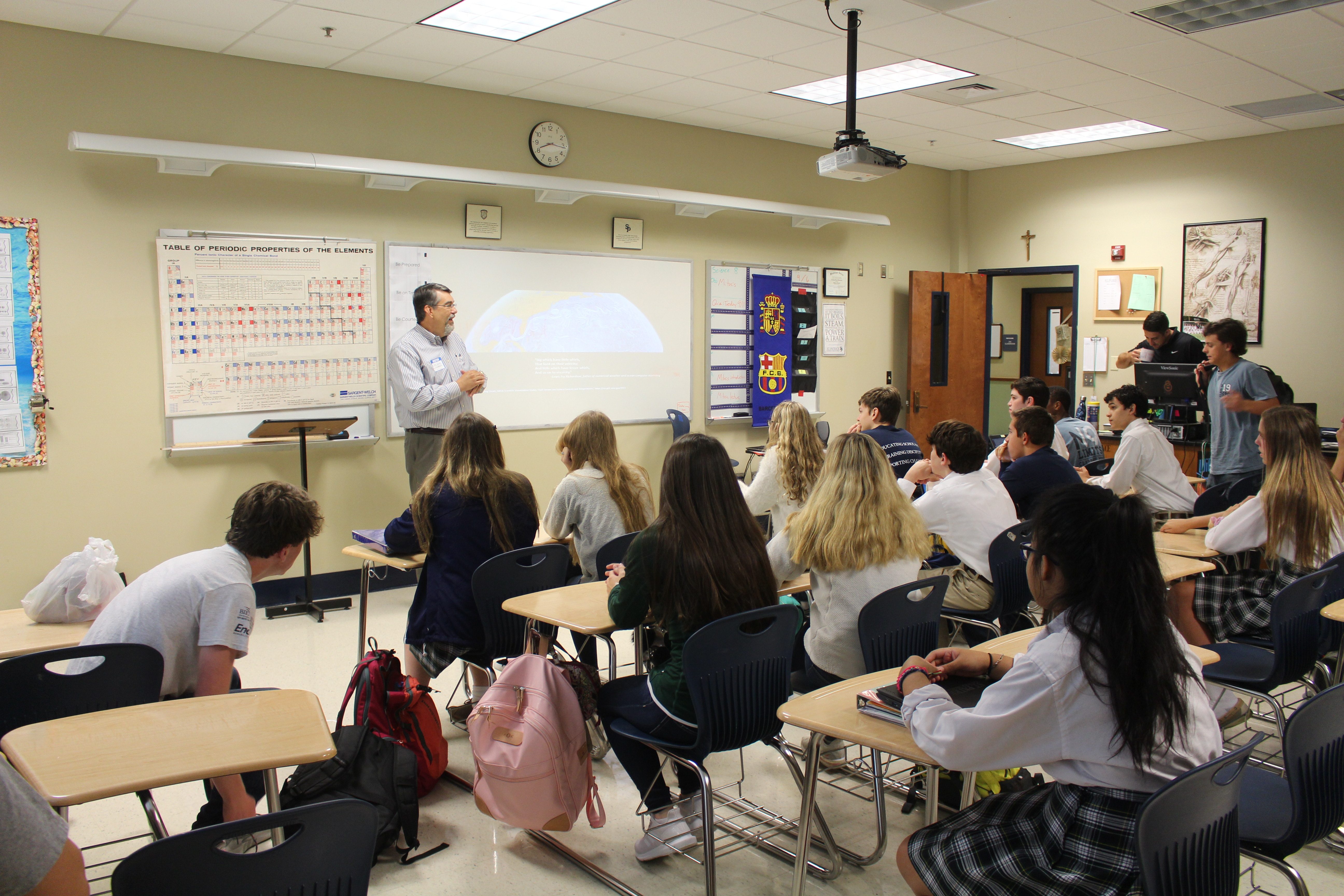 On Friday, September 7, students in Mr. Zach Villarrubia’s Marine Science class were able to hear from Former Chief Scientist of the Naval Oceanographic Office (NAVOCEANO) James Rigney. Mr. Rigney was based at the Stennis Space Center during his tenure at NAVOCEANO, where his career spanned 33 years and included work in physical oceanography, remote sensing, meteorology, and ocean acoustics. As Director of the Warfighting Support Center, he directed the work of over 300 oceanographers, hydrographers, geologists, acousticians, and other physical scientists, along with engineers and computer scientists. From 2007-2015, he served as NAVOCEANO’s Chief Scientist managing the transition of new oceanographic tools and technologies from research and development into operations.

“I wanted to give the students a chance to gain insight into the wide range of fields offered in Marine Science. There’s often a misconception about the unavailability of jobs in that field. Seeing a person that is successful in that area and that is also from the Mississippi Gulf Coast makes it a more tangible option as a future career,” said Mr. Villarrubia. “I hope the students gained some insight to the career options in the Marine Science field and also what they actually do.”

Mr. Rigney is a native of Gulfport, Mississippi, and a graduate of Harrison Central High School. He received a B.S. and an M.S. in Meteorology from Florida State University and was one of the two first NASA Trainees in Air-Sea Interaction and Satellite Oceanography at Florida State.

On the presentation, SPCHS Senior David Alexander said, “Everything about it was pretty interesting in my opinion, he explained quite a lot and very well in such a short amount of time. I enjoy the cyclic interaction of everything and the showing of how scientists work together to unlock the mysteries and connections of our world.”

View photos from the presentation below.