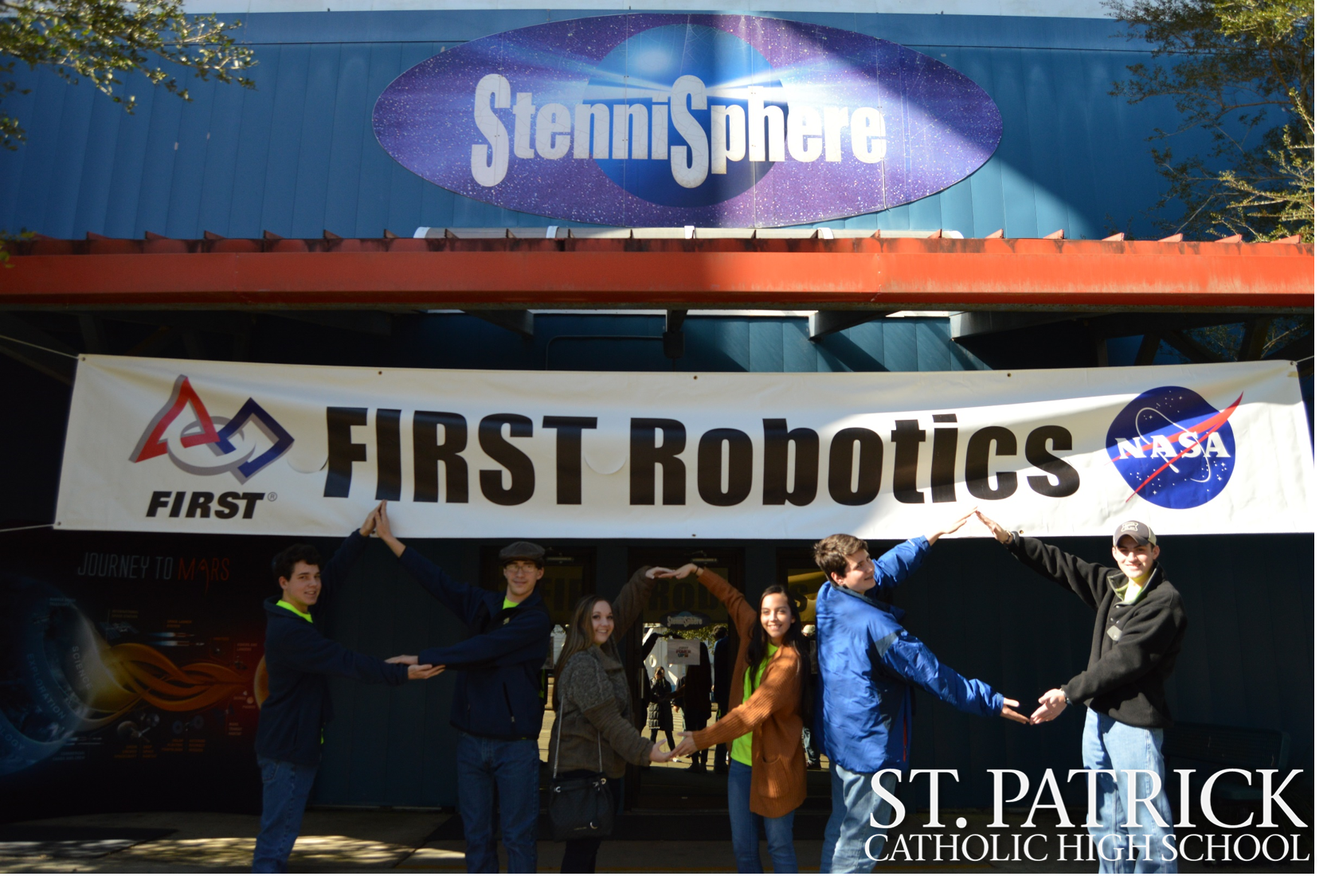 This Saturday, January 6, the St. Patrick Robotics Team Tempest attended the FRC kickoff at Stennis.  At kickoff, members of the local FRC teams received and watched this year’s game.  The theme for the year is themed around video games.  Tyler Fulmer, Robotics President stated, “Excitement could be felt from every person in the room in anticipation for the game reveal.  The game has many elements involving strategies that can double points.”  Everyone was excited about the reveal and you could see everyone coming up with ideas for their team’s robot design.  Raven Gonsoulin, Robotics Secretary stated, “Hopefully, this year’s team can work together to create a robot that cannot only control the levels, but also beat ‘the boss’.”  The robotics team has a lot of work ahead of them but with teamwork and creativity they will beat ‘the boss’.