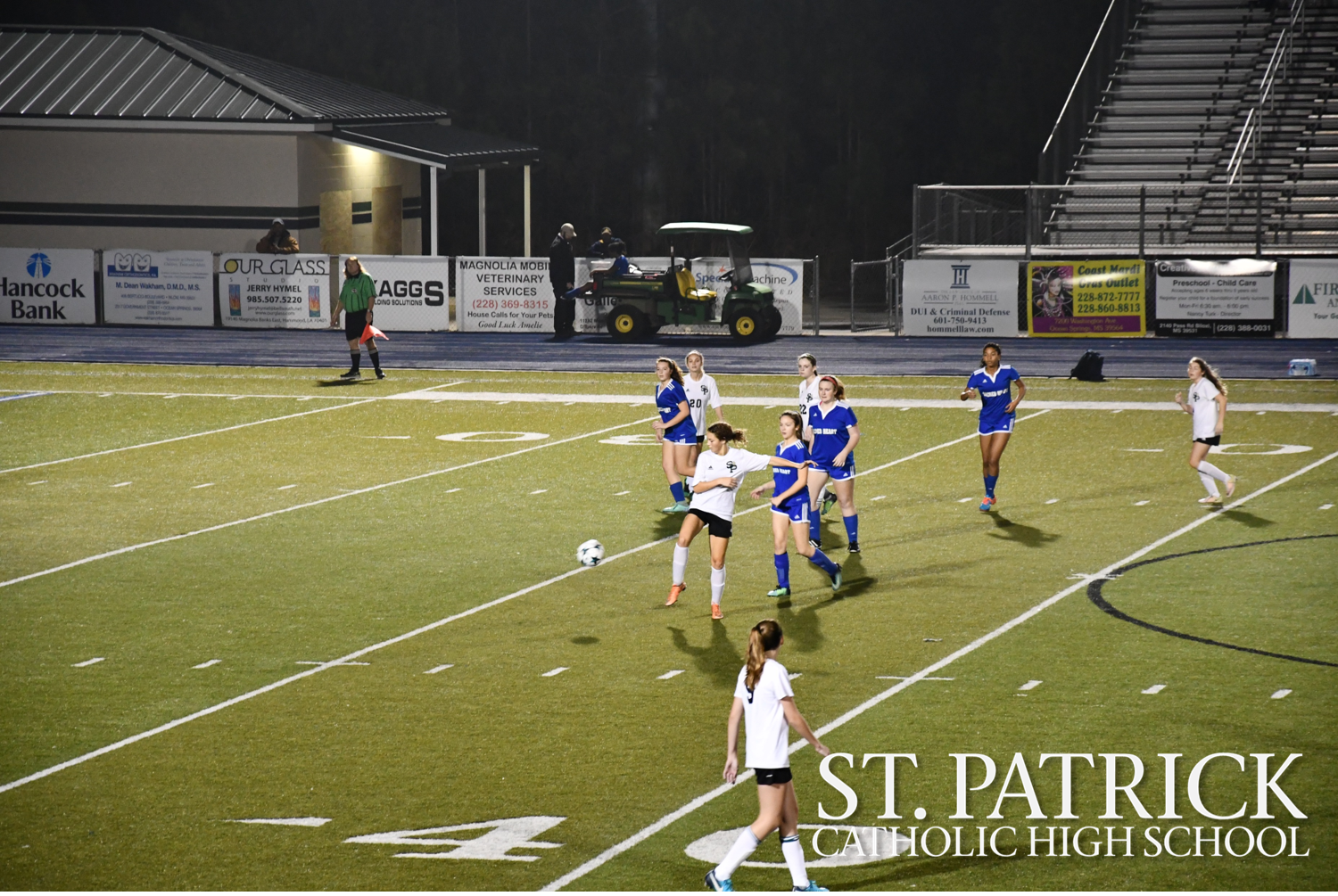 Monday night our Lady Fighting Irish soccer teams took on Our Lady Academy at home. This was the teams first district match up this season and the varsity game was sure to be close since both teams are quite evenly matched. The varsity girl’s kicked off at 5:30 and the game was high intensity until halftime. The score was tied 0-0 as both teams went back out for the second half. The score stayed tied at 0-0 until the end of the second half. Since this was a district game the game could not be called without a winner so the game had to go into overtime, which is two extra ten minute halves. At the end of overtime, the score was still tied at 0-0. Both teams had to compete in a PK shootout. The PK shootout ended with a final score of 3-3, meaning sudden death PKs were next. Your St. Patrick varsity girls sadly lost to Our Lady Academy with a final score of 4-3 after a very well played district game. After the game ended an hour late, the junior varsity teams competed and finished with a final score of 3-0 with the Lady Crescents taking home the victory.