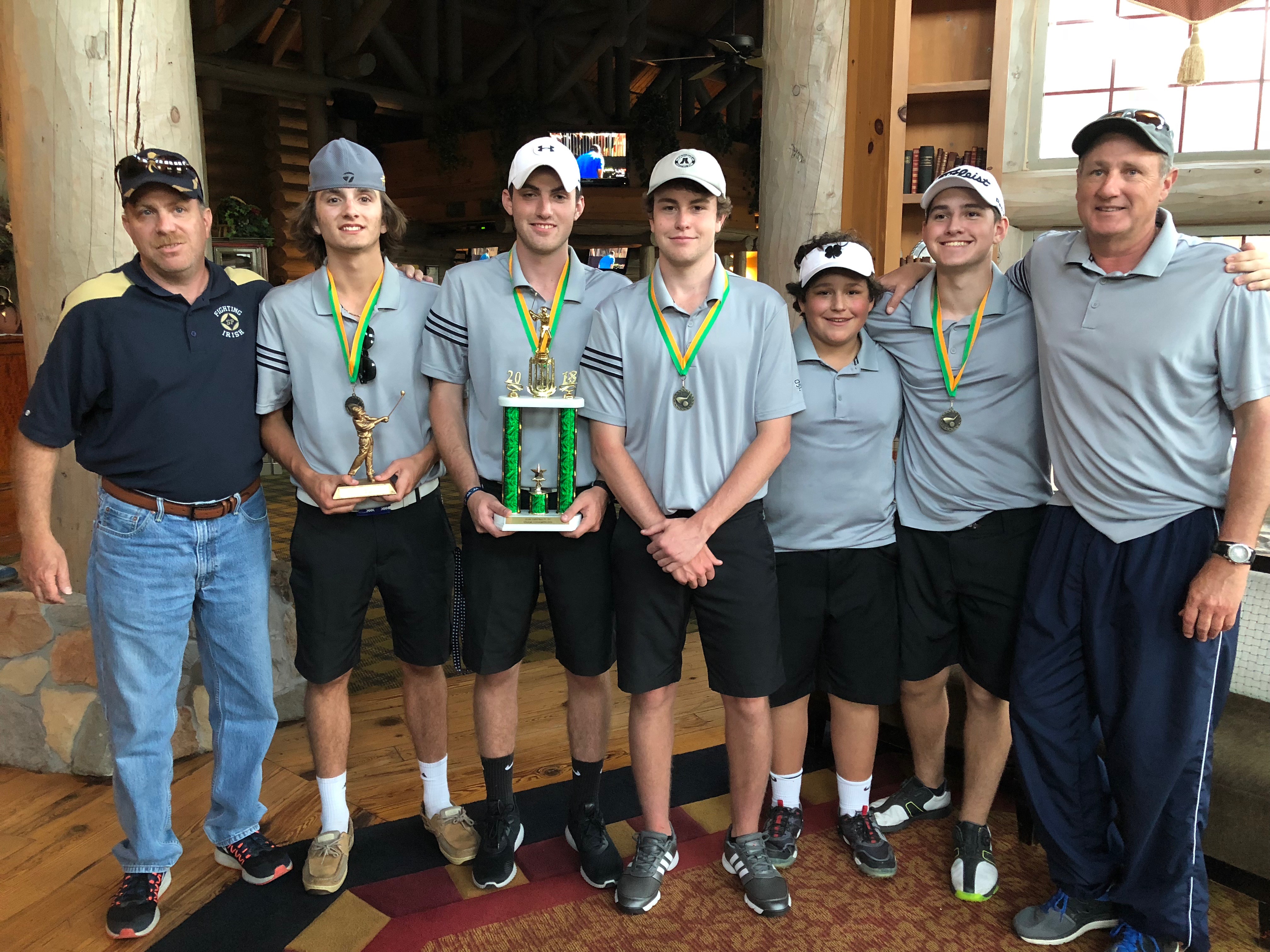 After winning District Championships two weeks ago, five members of the Fighting Irish Boys Golf team advanced on, to compete in the 2A Golf State Championship.  The tournament, was held at one of the most challenging golf courses in the state of Mississippi.

In a tournament of eleven teams, and nearly seventy golfers, the St. Patrick Fighting Irish finished seventh in the Class 1A and 2A State Championships.  Senior, Jacob Futch, even earned an impressive #9 overall low score finish.

The 36 hole, and two day event was held at the Dancing Rabbit Golf Course on the Choctaw Indian Reservation in Philadelphia, Mississippi.

Mr. Hewes, talks about the championship tournament and the season as a whole. “I am very proud of not only the five boys who represented St. Patrick at State this year, but the entire team,” said Coach Finley Hewes. “They all worked hard and improved. I’m really going to miss all the seniors who will be graduating, not only from a talent perspective but because they are good young men. I am looking forward to the future of the St. Patrick Golf program. We will be returning 2 rising sophomores with State Championship experience and several other players have shown some promise.”

He puts it into perfect words, about how the season went, and how he is looking to next year’s season, after losing many key players.