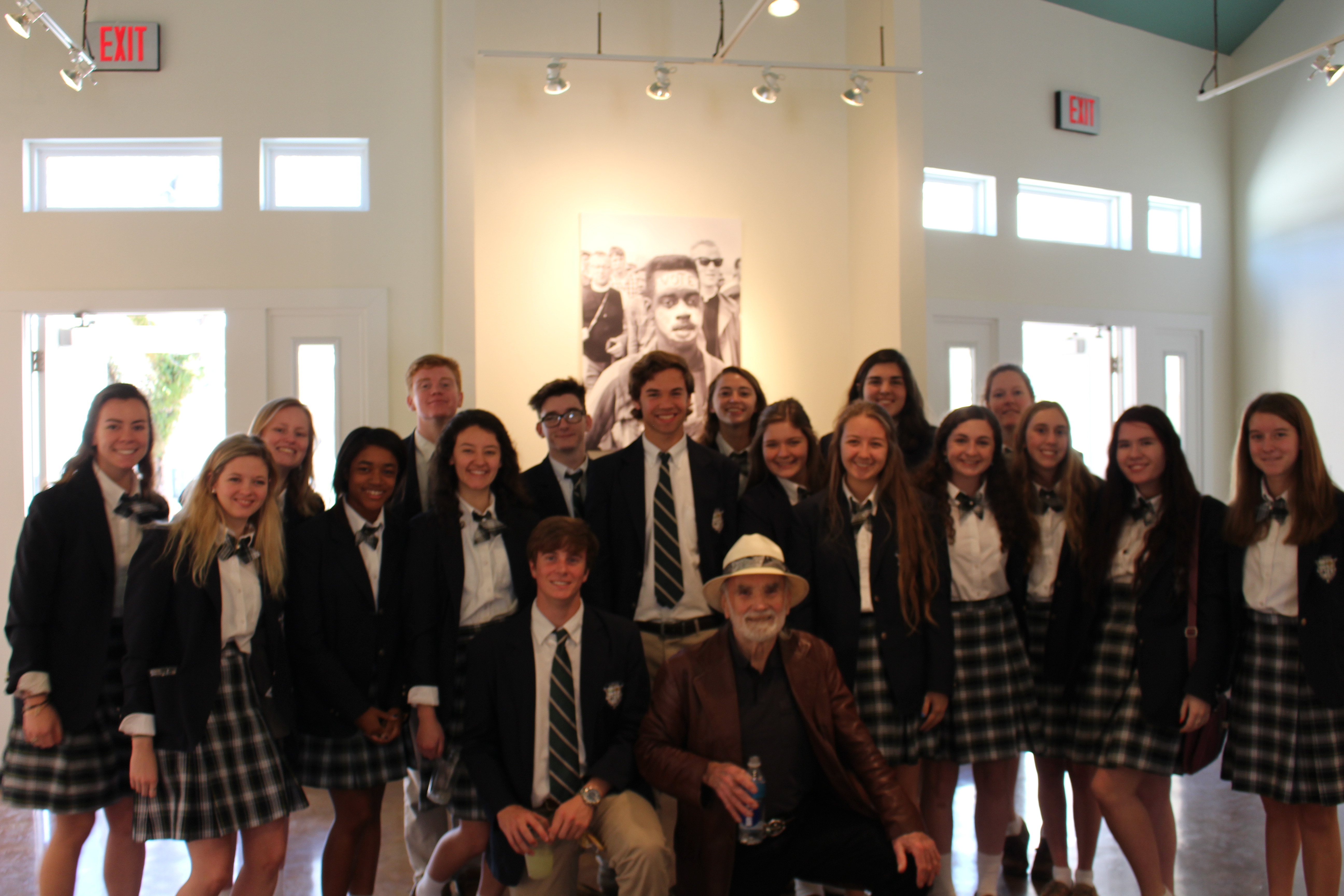 On Thursday, Mr. Eleuterius’s AP U.S. History students had an experience of a lifetime when they had the opportunity to visit Matt Herron’s Selma March photograph collection.  Matt Herron was a photojournalist who led a group of journalists to cover the civil rights movement in the 1960’s.  Herron brought thirty photos to the photo gallery which was held in the Gail Keenan Art Center at Coast Episcopal School.  These thirty photos were only a few of the 27,000 photos that his entire civil rights photo collection consists of.

When the students first arrived at the gallery, they were given the opportunity to look at each of the photos in chronological order.  During this walkthrough, students were given only limited information about each photograph and had to imagine what the setting and motivation of the photograph were.  Students from Our Lady Academy and Pass Christian also visited the photo gallery, and when all students were present, they gathered as an assembly in Coast Episcopal’s chapel.  Here, Matt Herron himself presented a slideshow which consisted of some of the same photos found in the gallery as well as some others.  He told stories about his experience in the south during the civil rights movement.  He also explained why he took the photographs as he did.  The majority of the photographs came from the civil rights march in which people marched from Selma to Montgomery.  One of the most iconic photographs, Herron explained, was taken from a ditch.  Another Herron took from the top of a telephone pole.  Herron stressed to any young, potential photojournalists, that the most important thing was to work hard to get a good shot.

After the presentation, the students returned to the gallery.  This time, they had extra insight as they examined the photographs.  Also, Herron was walking around answering questions.  Many students from St. Patrick took advantage of this opportunity to speak with the skilled photographer.  This experience is not one that will be forgotten anytime soon by the students who were able to go meet a man who experienced and documented such a monumental piece of our history.

< Click here to view more pictures from the trip.