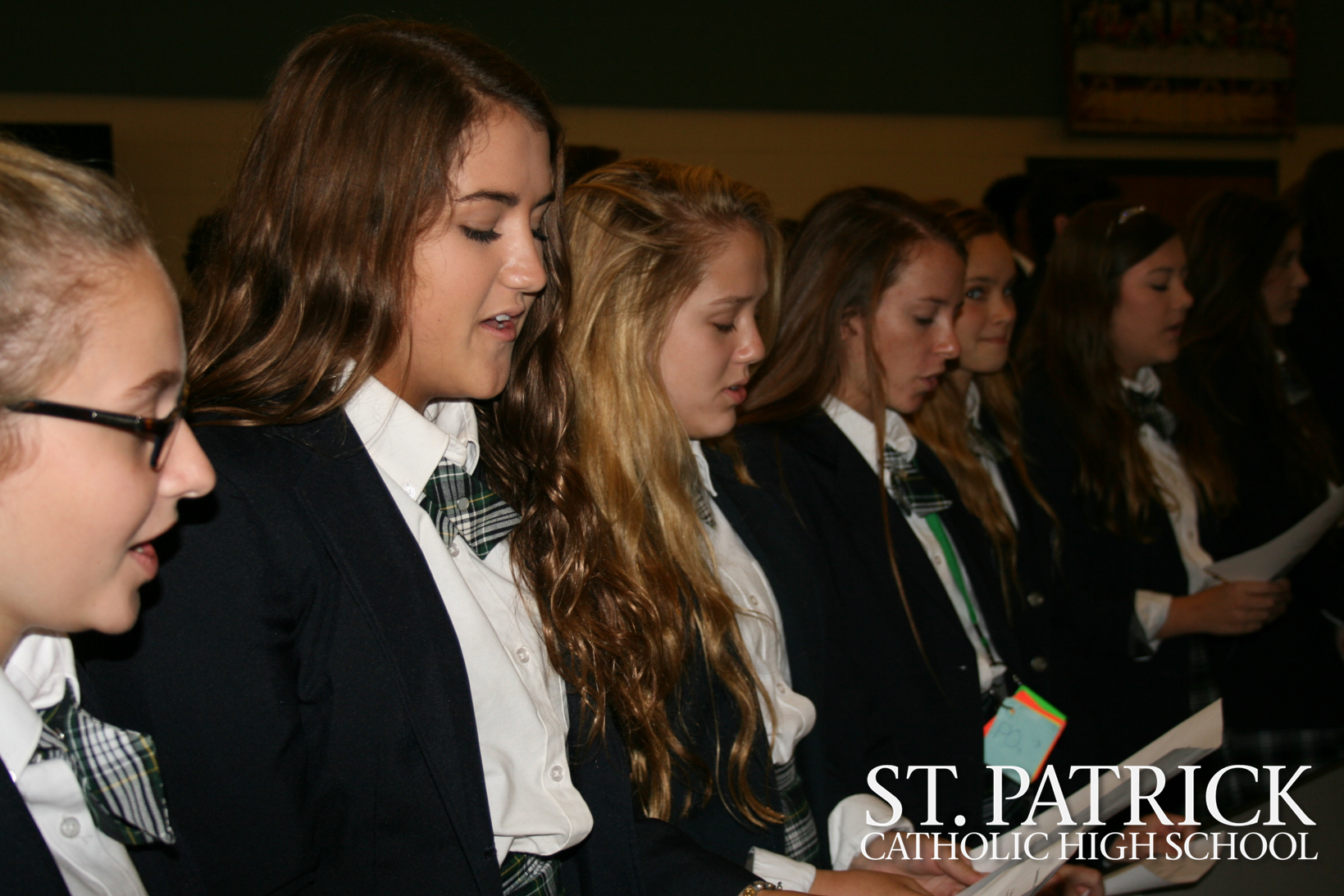 This Tuesday, August 15th, St Patrick High School celebrated one of the many important Holy Days of Obligation with Father Ryan, who is the priest at St. John’s Church in downtown Gulfport. The students gathered together to sing some of their favorite songs such as; Oceans, Rooftops, and Let It Rain, led by Ms. Previto and Hailey Switzer.

August 15th is the Feast of the Assumption of the Blessed Virgin Mary. Every year on this day we commemorate the death of the Virgin Mary and her bodily assumption into Heaven. It is one of the most important Marian feasts because it signifies the Blessed Virgin’s passing into her eternal life. Most of the time, this day is considered a solemnity feast.

The Feast of the Assumption is one of the oldest feasts of the Church, and it’s celebrated universally by the sixth century. It was originally celebrated in the East, where it was normally called the Feast of the Dormition. It is said that Mary’s Assumption was either in Jerusalem or Ephesus, where John was living at the time. Mary’s Assumption is considered a dogma in the Catholic Church. On November 1, 1950, Pope Pius XII declared “that the Immaculate Mother of God, the ever-Virgin Mary, having completed the course of her earthly life, was assumed body and soul into heavenly glory.” The Assumption is a required belief for all Catholics.